Broken ladder at the bottom of the shaft. 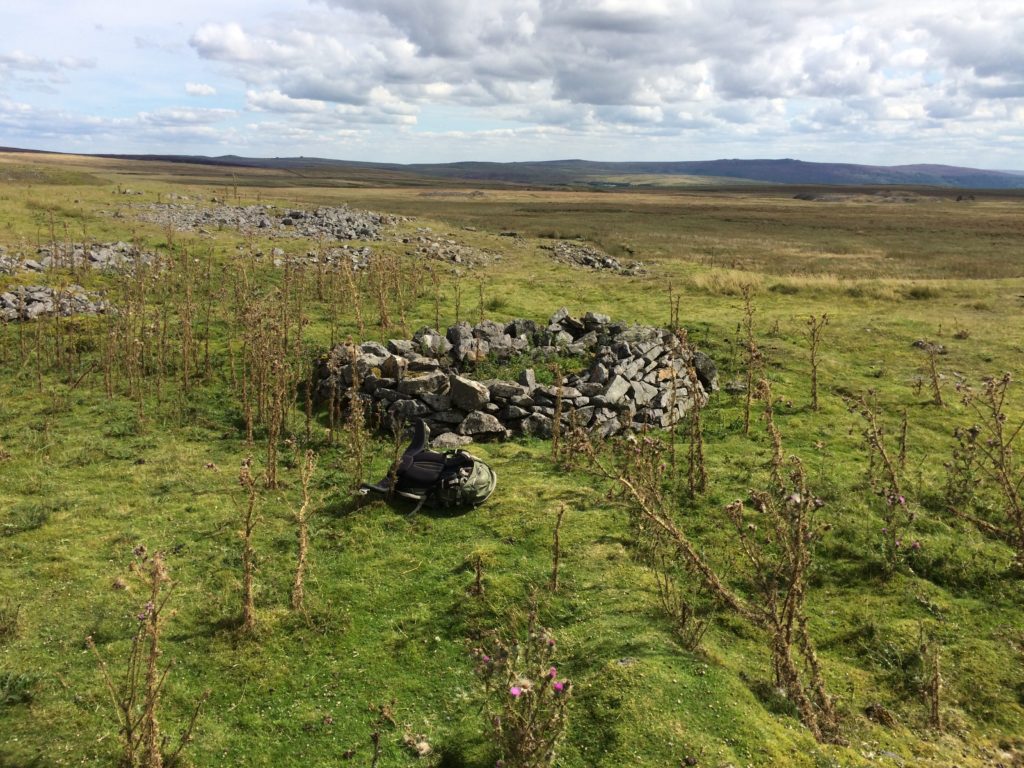 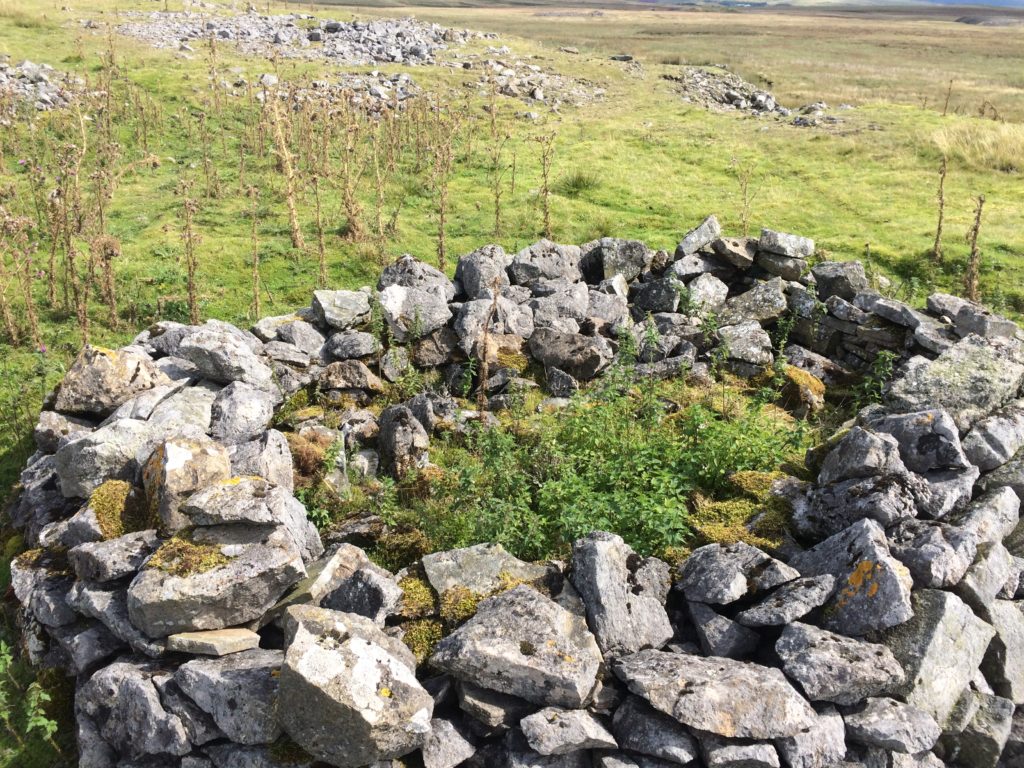 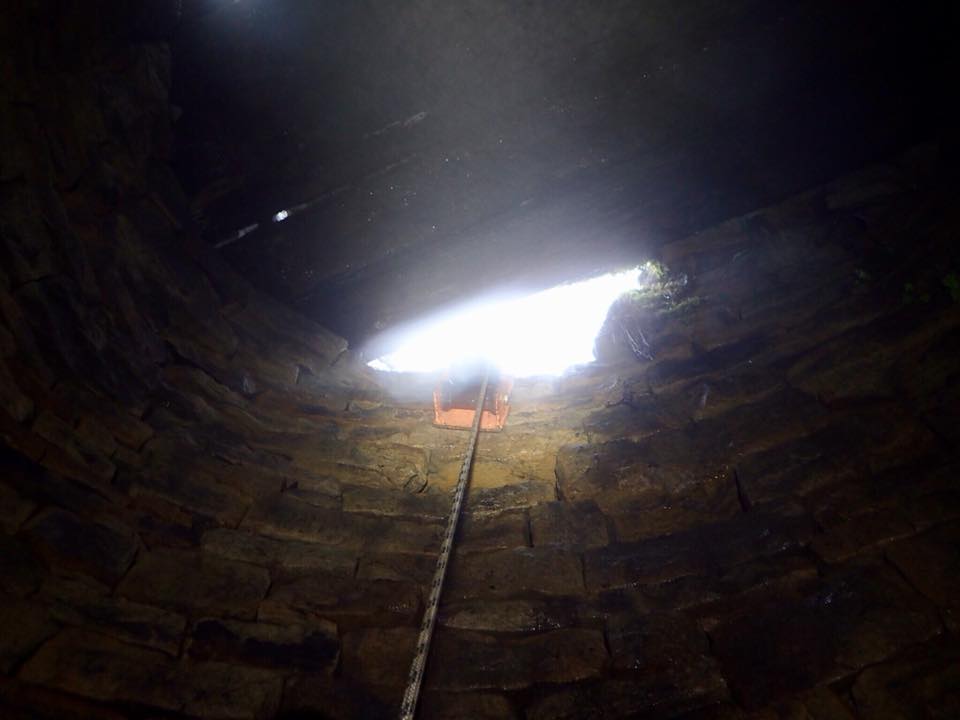 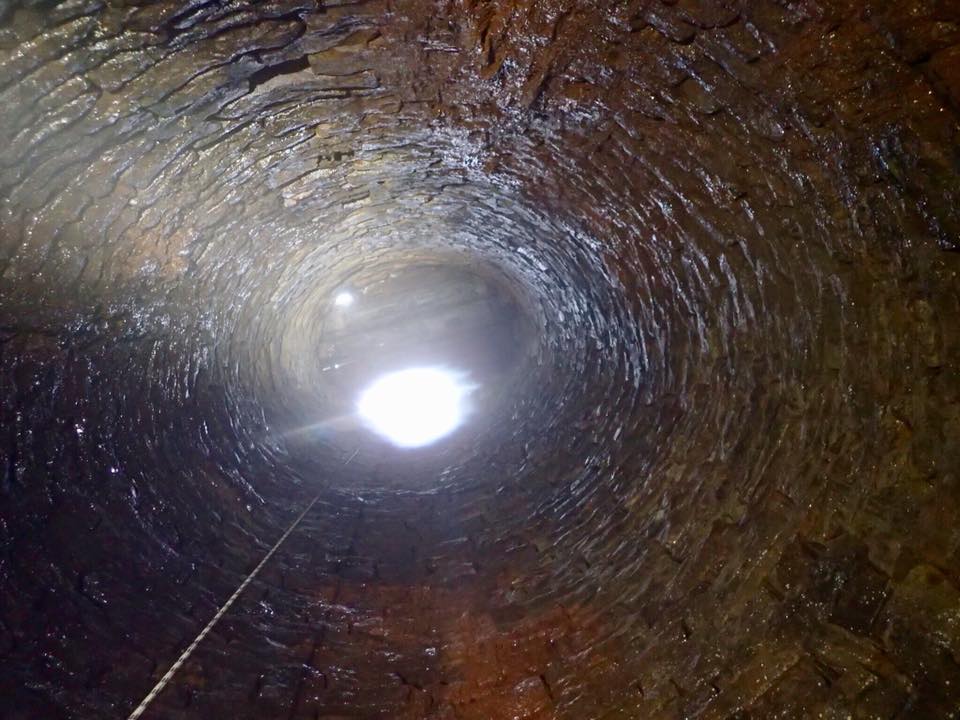 The shaft lining is in good condition. 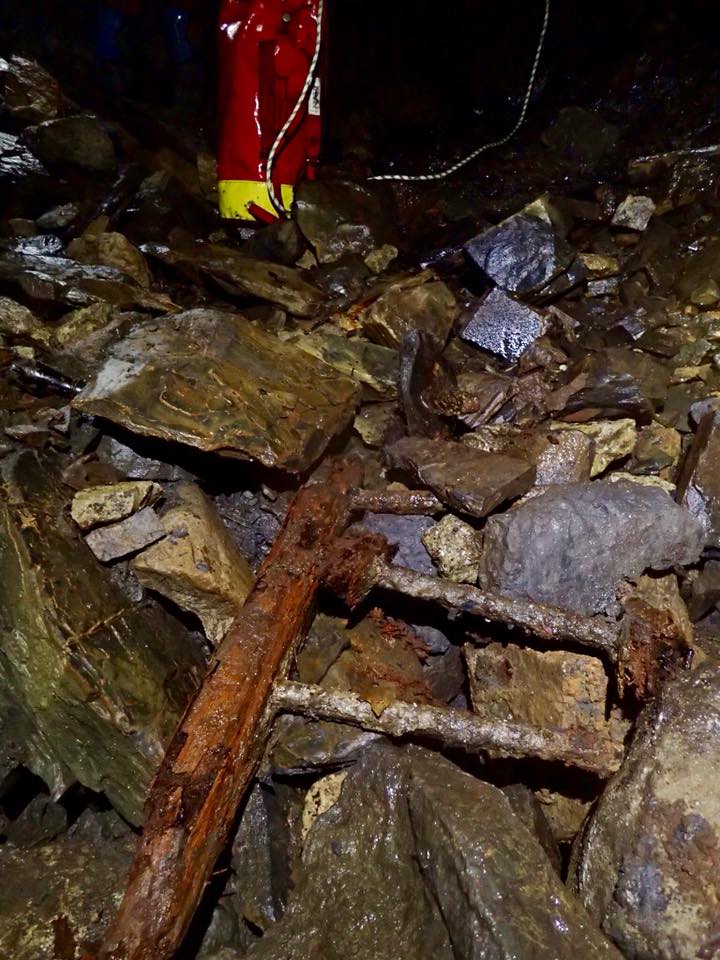 A broken ladder found at the bottom of the shaft. 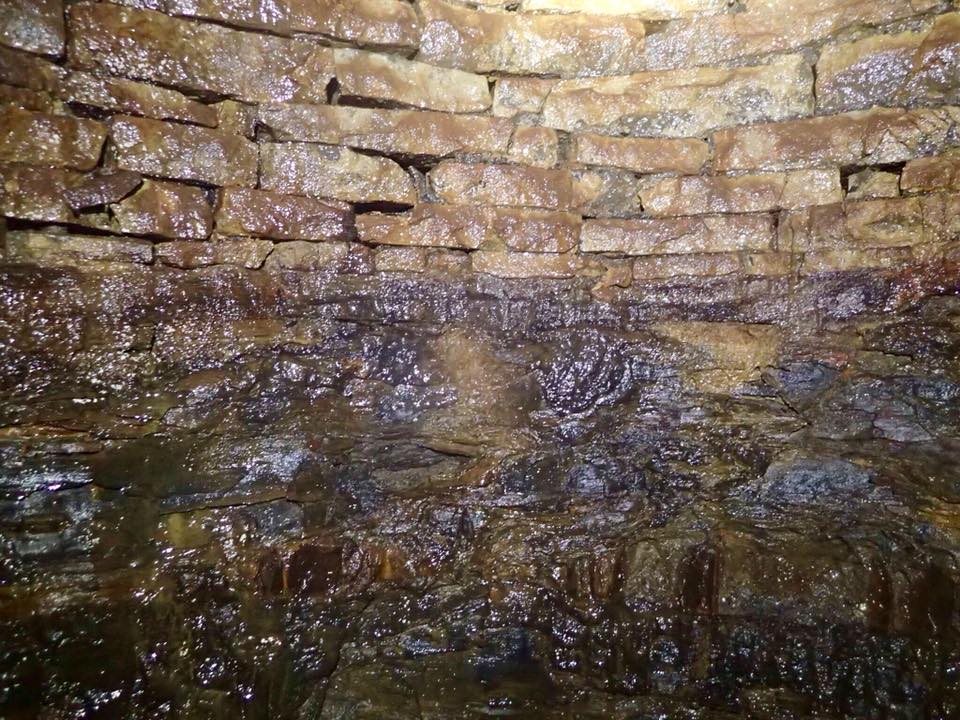 The point at which the brickwork collar meets solid rock. 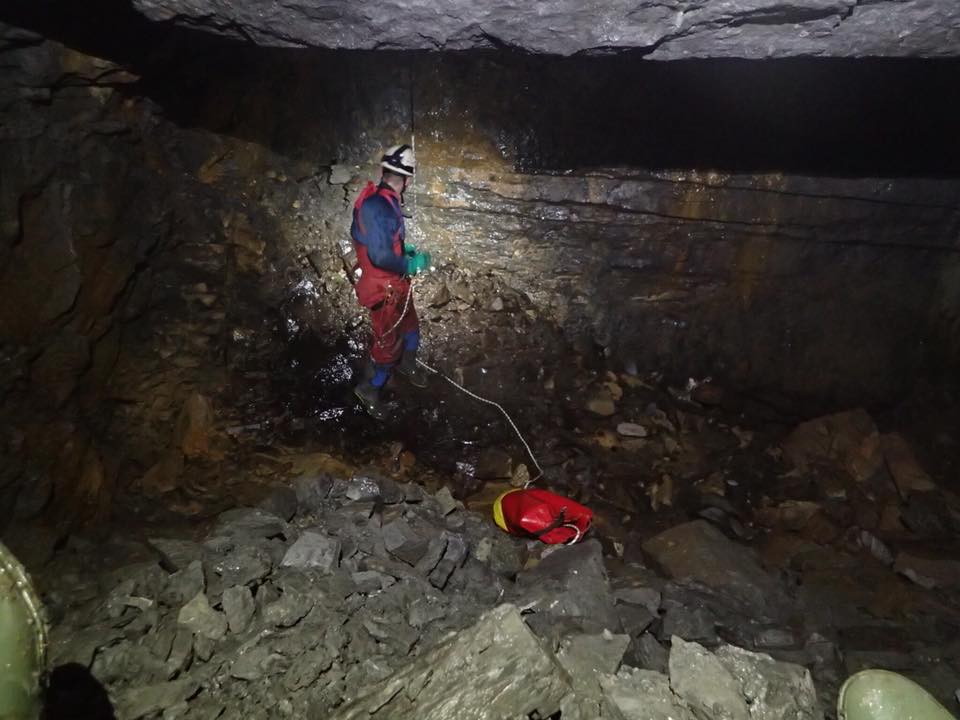 The chamber at the base of the shaft.

West Peru Mine has a large round shaft approximately 6 feet in diameter. Covered with railway sleepers, and with a stone wall surrounding the top.

The shaft has not been measured, but drops to a depth similar to New Peru at around 80 metres ending on a boulder floor in a chamber. At the bottom of the shaft, there are a couple of broken sections of wooden ladder once used by the miners but not much else. There are no passages leading off and not much else to explore other than dropping down the shaft.

According to British Mining 46, West Peru Mine was sunk in 1861 to a depth of 82 metres, with a cross cut driven North at a depth of 51 metres.