Following closure of the mines in 1882, most shafts were left open until the 1960's when wooden railway sleepers were used as a crude form of capping. Strangely, the individuals responsible for placing the railway sleepers over the shafts then covered them with spoil and turf. 60 years later, these wooden sleepers have begun to rot away making the shafts a death trap for unsuspecting tourists and animals who frequent the moor.

The image below is that of Glory Mine with it's impressive horse whim shown in the background. To the bottom right of the image shows a small mound of spoil covering a deep shaft. As with a number of other shafts across Grassington Moor, this shaft was covered with wooden sleepers that were extremely rotten and in danger of collapse.

In some instances such as around Yarnbury, the shafts have been capped with concrete which makes the area much safer but completely obliterates the mining features and prevents any access. An example of this is at Bowdins shaft close to the Dukes New Road at Yarnbury which has a large concrete cap across the top of the shaft head.

The Grassington Mines Appreciation Group's fundamental aims are to document and preserve the lead mining history of the moor, and as such feel a moral responsibility to assist in protecting those that access the moor from harm. The issue of incorrectly capped mine shafts is a significant problem and if an accident were to occur, the government may choose to completely obliterate the shafts in order to make them safe.

As the area is classed as common land with no known owner, appointing an organisation responsible for protecting the shafts is not possible. Furthermore as most of the mines were worked prior to 1872, according to The Mines and Quarries Act 1954, the owner of the mineral rights (in this case the Duke of Devonshire) is not responsible for protecting the shafts either. This would explain why as of March 2020, only 5 shafts across the entire moor have been capped satisfactorily either with fencing or concrete.

A further complication is the fact that most of the moor is a scheduled ancient monument and protected under the Ancient Monuments and Archeological Areas Act 1979. Any unlawful interference to the moor can result in a criminal prosecution.

The committee discussed this matter on a number of occasions and the decision was taken to arrange fencing of shafts across the moor that pose a risk to humans and animals alike. 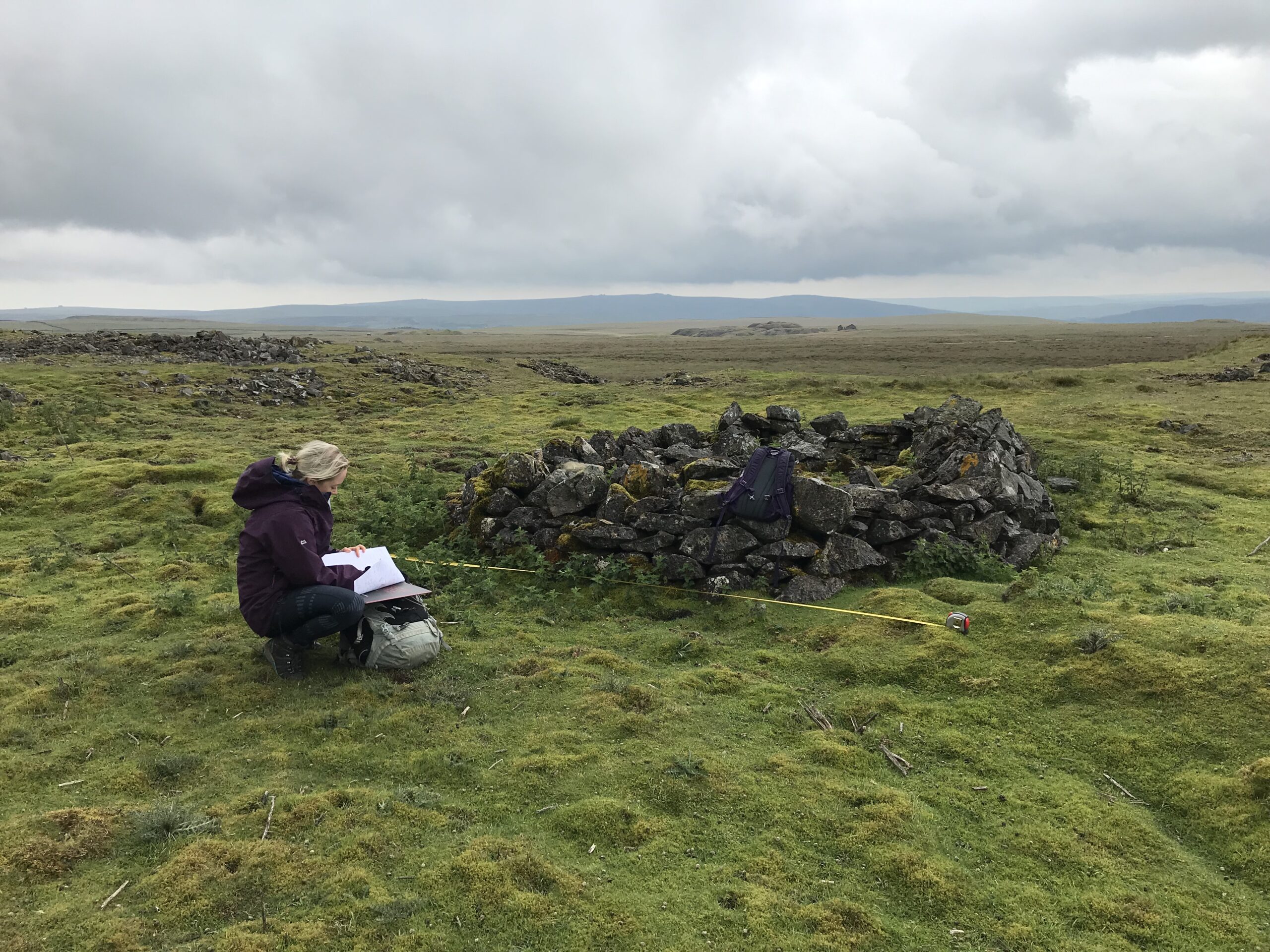 Sam Roberts a founding member of the group, made a start on the fencing project in June 2019. This required two separate applications sent to both Historic England and the Planning Inspectorate, as well as an advertisement placed within a local newspaper.

It took a year and 10 months before full consent was given for the work, and during that time various organisations offered to financially support the project. These included the Council of Northern Caving Clubs, Subterranea Britannica, The Yorkshire Dales National Park Authority, The Chatsworth Estate as well as private donations from individual members.

Finally on the 10th of May 2021, members of the Grassington Mines Appreciation Group began fencing work at Richards Shaft located on the Outmoor. Work will be continuing throughout the next few years to ensure that all the shafts are fenced correctly. 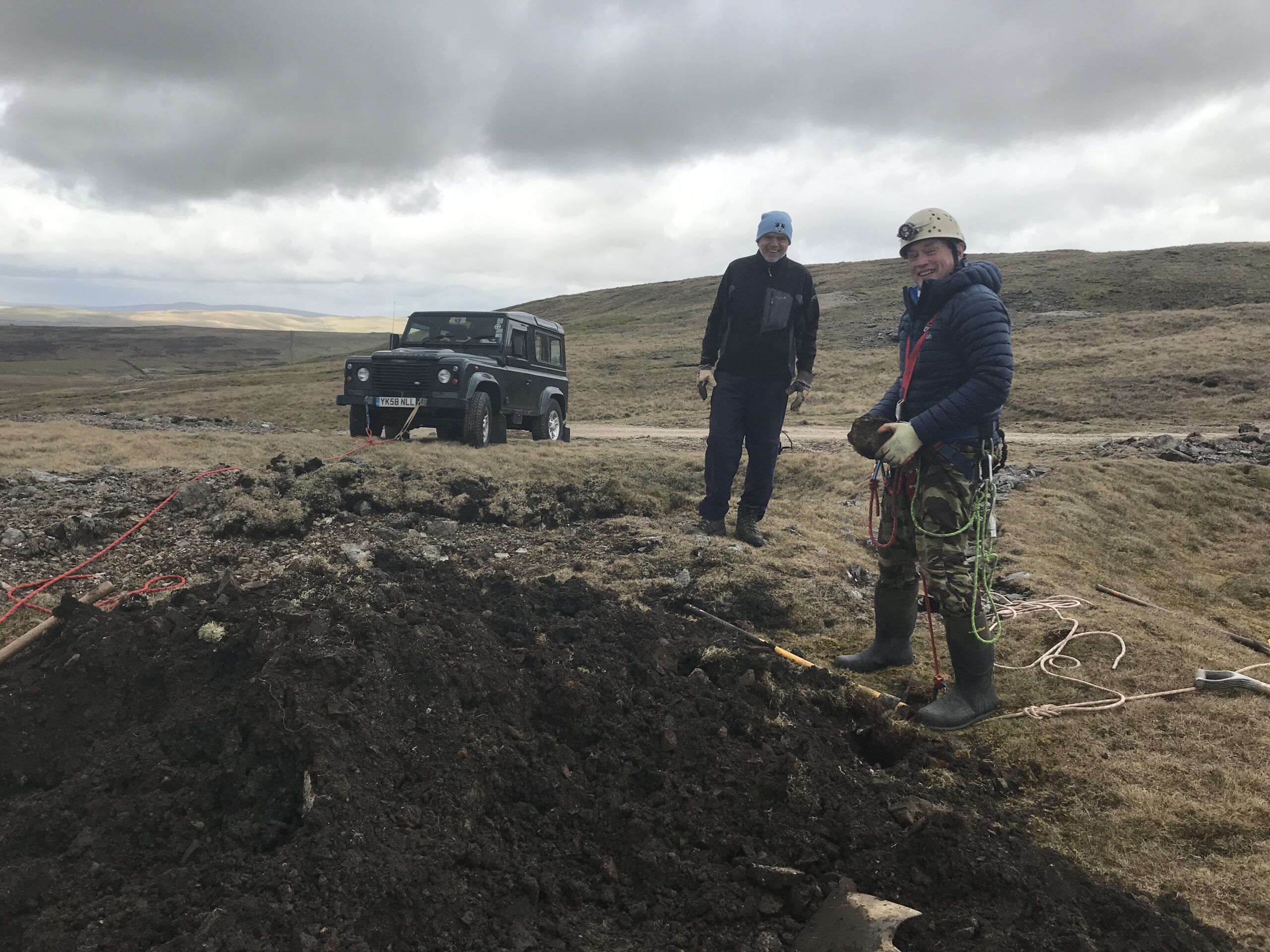 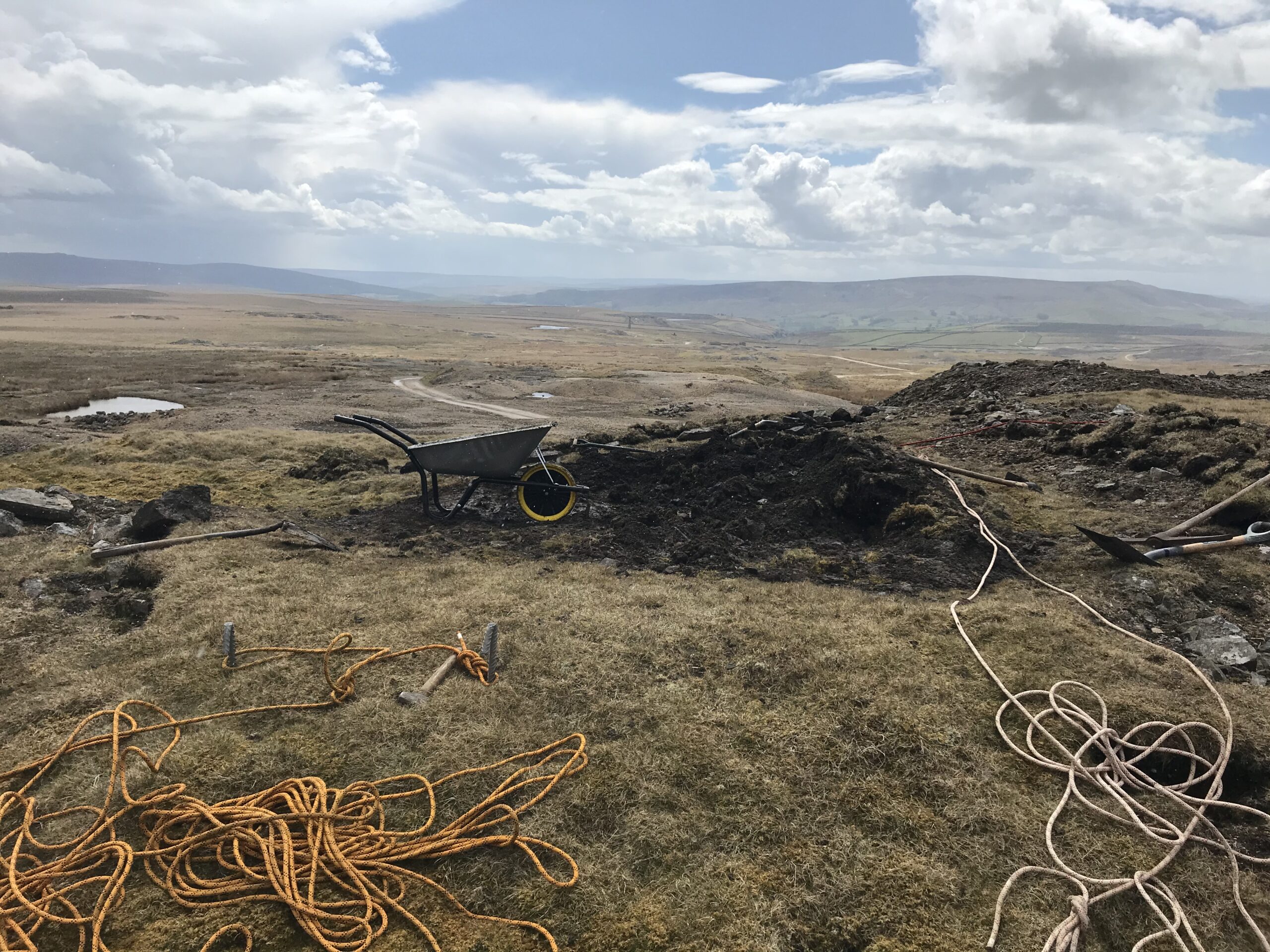 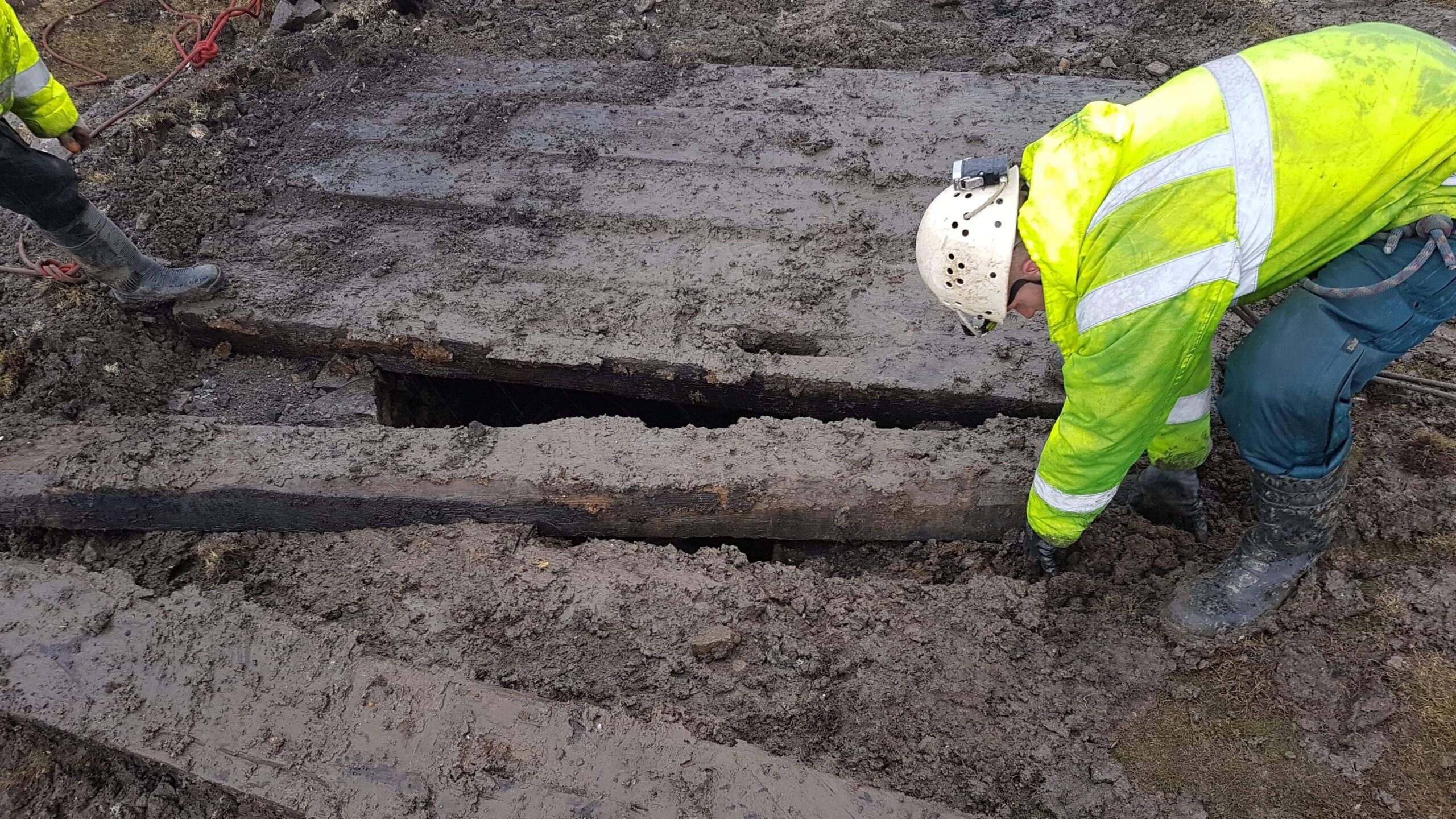 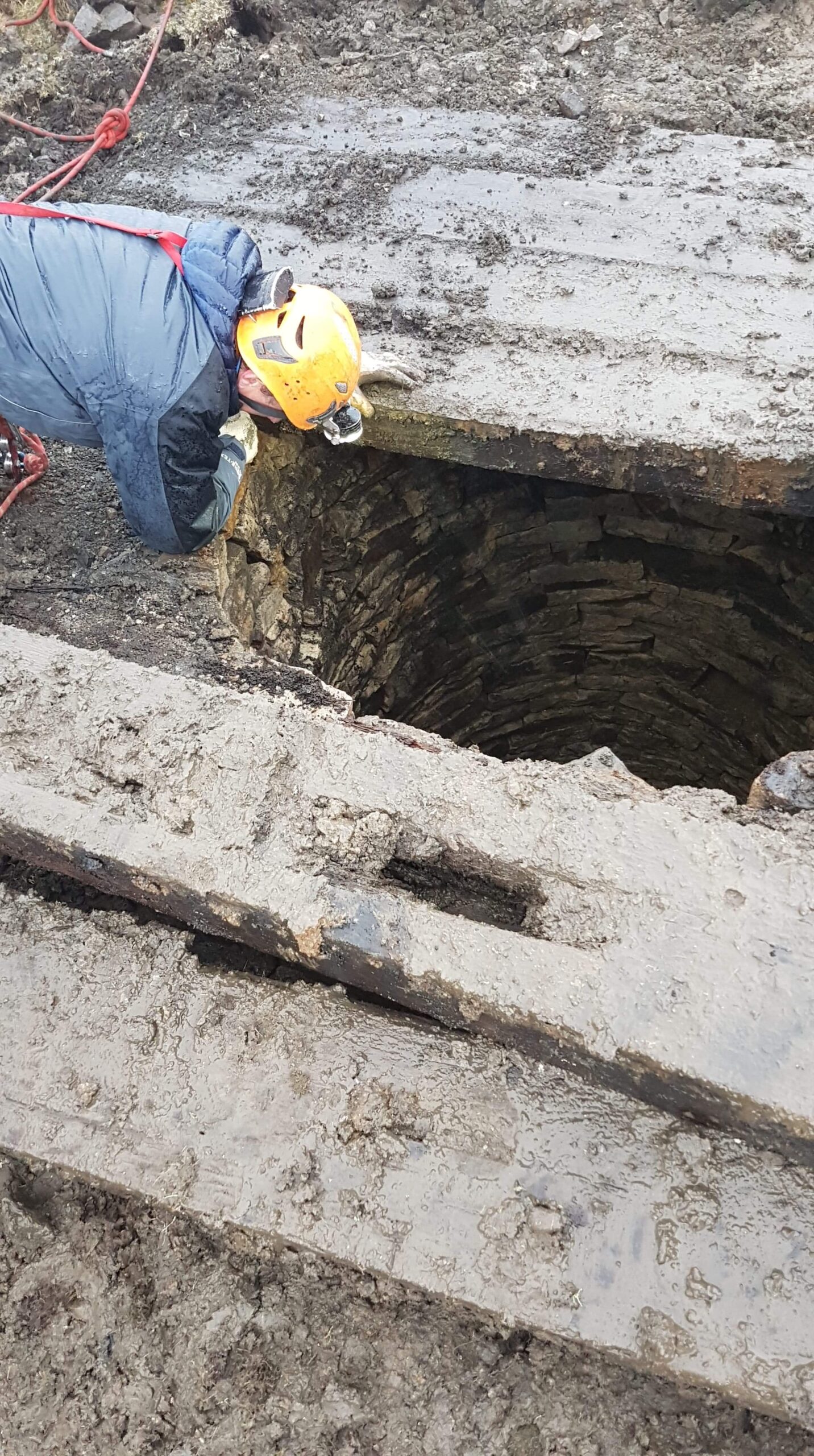 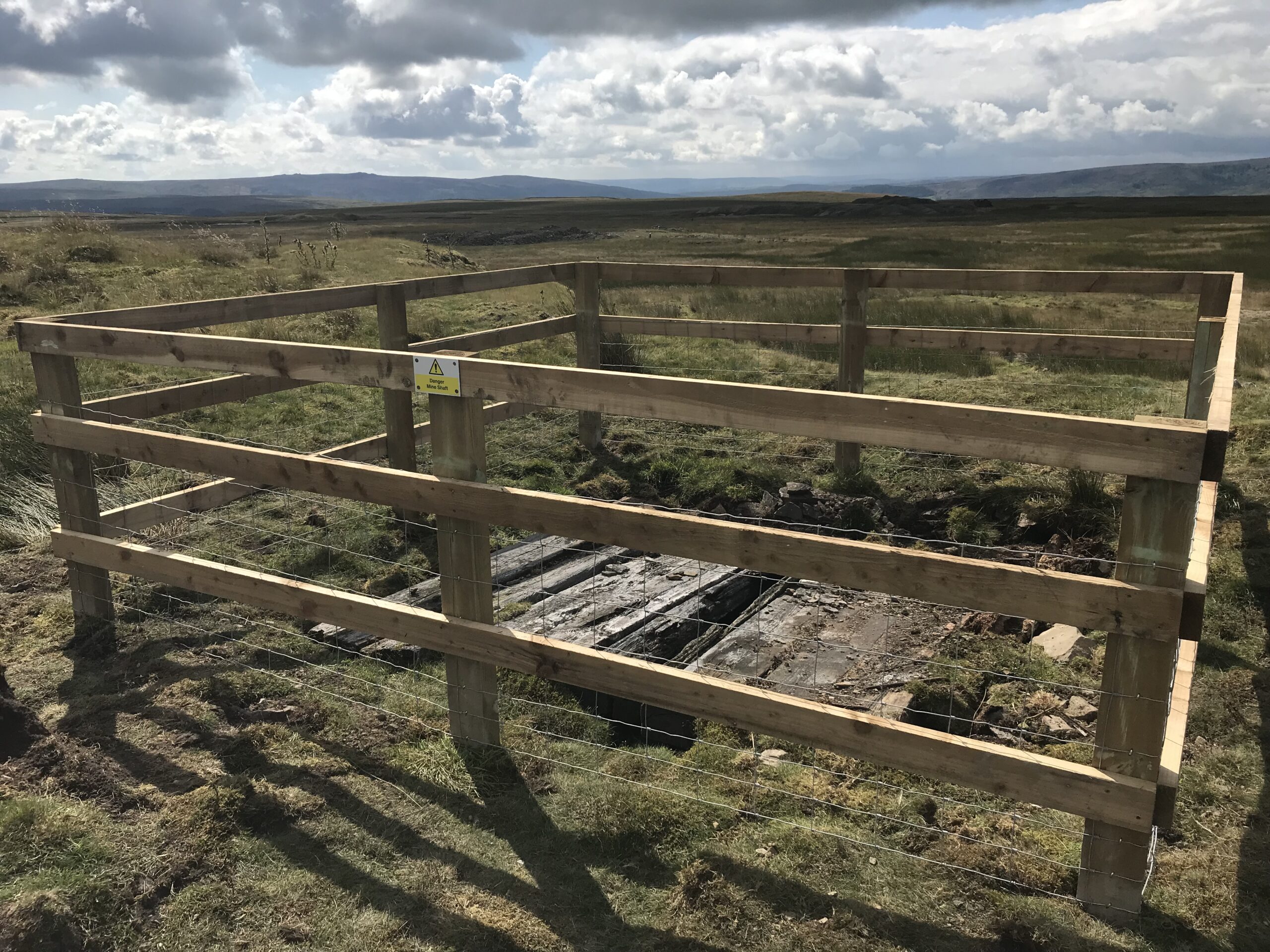