It is worth noting that the above video is not of Chatsworth mine, but is the unnamed shaft a short distance to the east.

This unnamed shaft is located 75 metres to the East of Chatsworth Mine and has the remnants of an old stone wall surrounding it. As with Chatsworth, the head of the shaft is covered by rotting railway sleepers, rocks and moss, and one of the sleepers has to be moved in order for a descent to be made.

Unlike all of the other mines explored, the shaft lining is square rather than round and sinks down for the first 8 metres or so. Within the mine there are no levels driven to the North or South and the walls are only around 2 metres apart. To the East and West, a large amount of material has been removed and there are multiple passages sitting on top of false floors.

Most of these passages have collapsed, however the ones that are still accessible do not extend more than around 10 metres before halting at solid rock or reaching sections that have been back filled.

The mine was found to be draining a large amount of water and yet no pools or sumps could been seen.

Future descents into the mine are not advised. The bottom of the stone collar at the top of the shaft was in a poor state, and any disturbance to the base could cause the whole lining to cave in. Furthermore, the false floors were propped up with extremely rotten timbers and there has been a large number of collapses throughout the entire mine.

A survey was created following the only other known exploration of the shaft during the early 1940's. As the original explorers did not have access to the mining records, they named the mine "Rotten Shaft" which is a pretty accurate description given it's state when GMAG members descended in 2017. 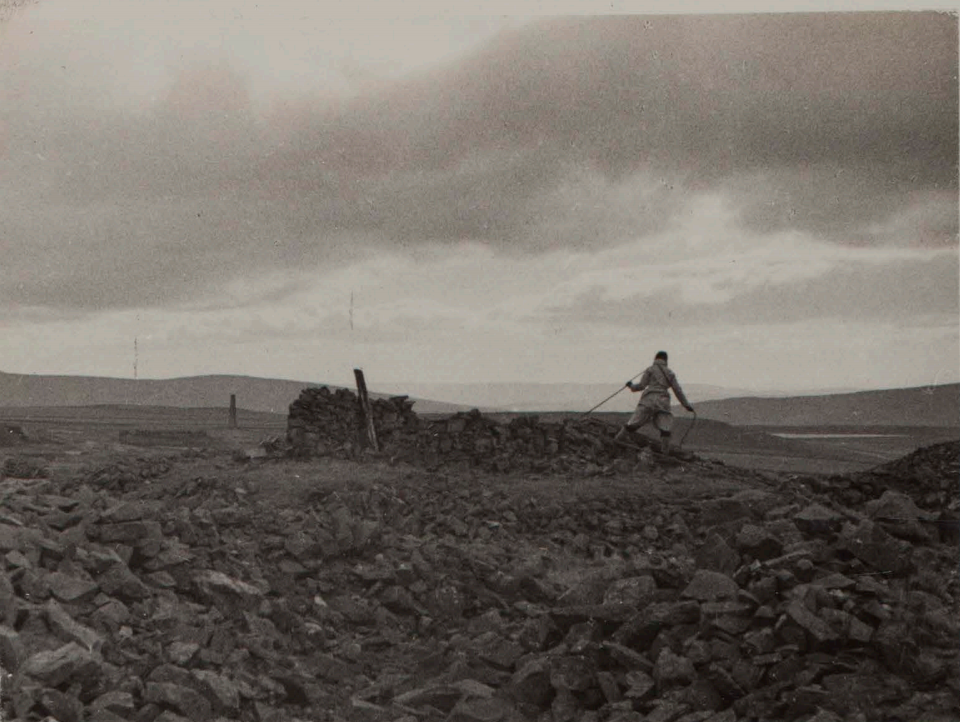 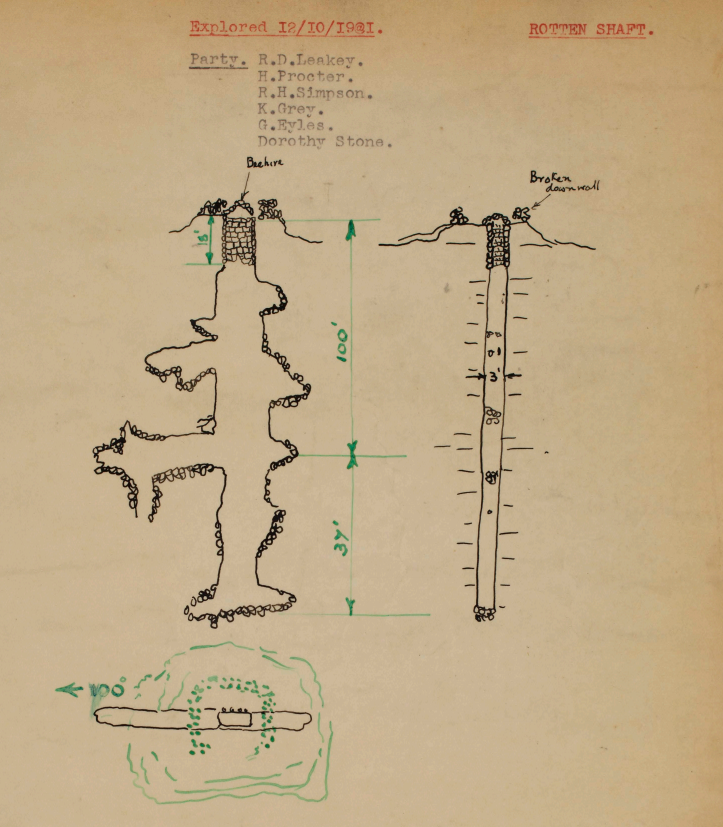 The images below are that of GMAG members John Helm and Sam Roberts exploring the shaft in 2017. 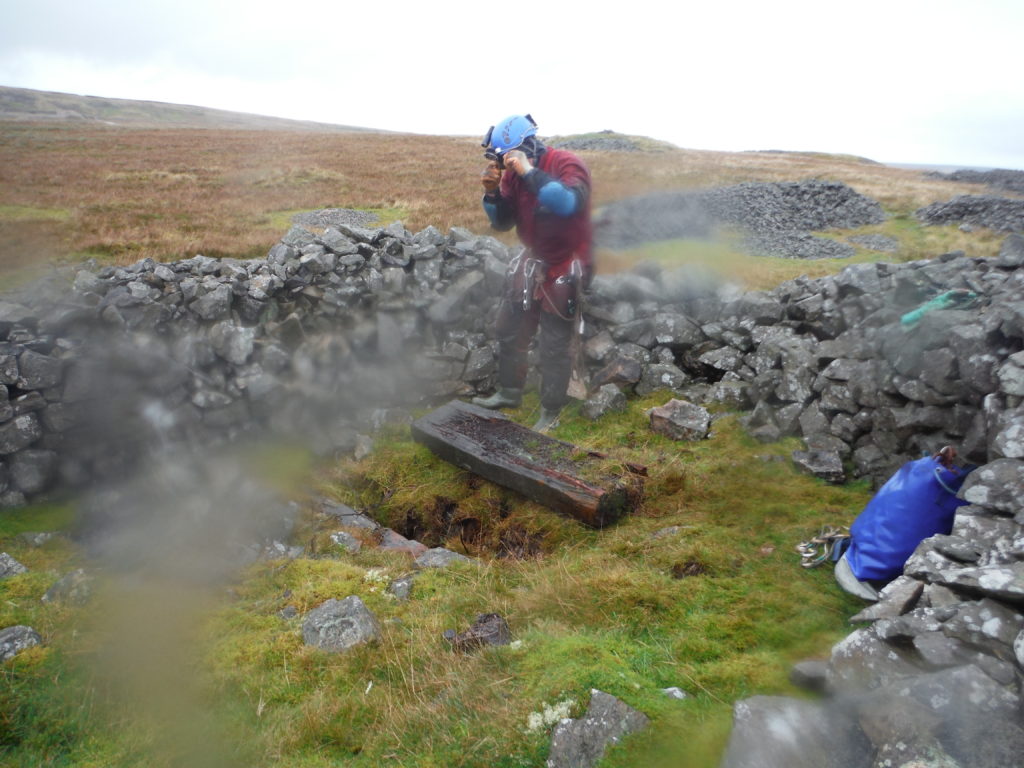 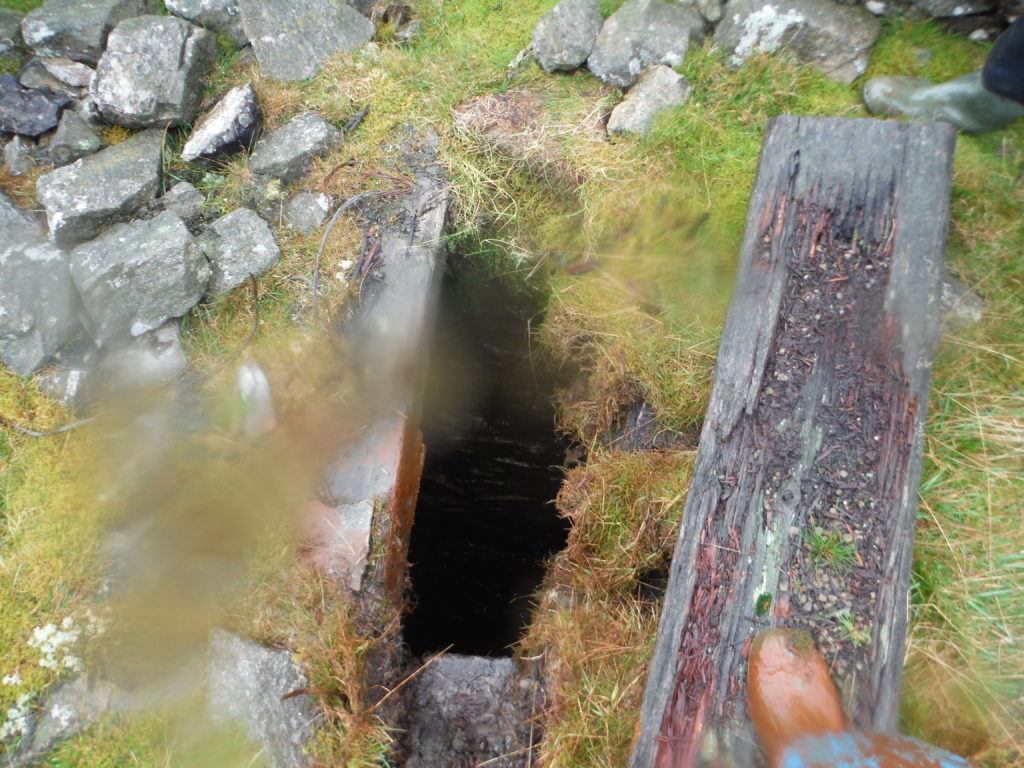 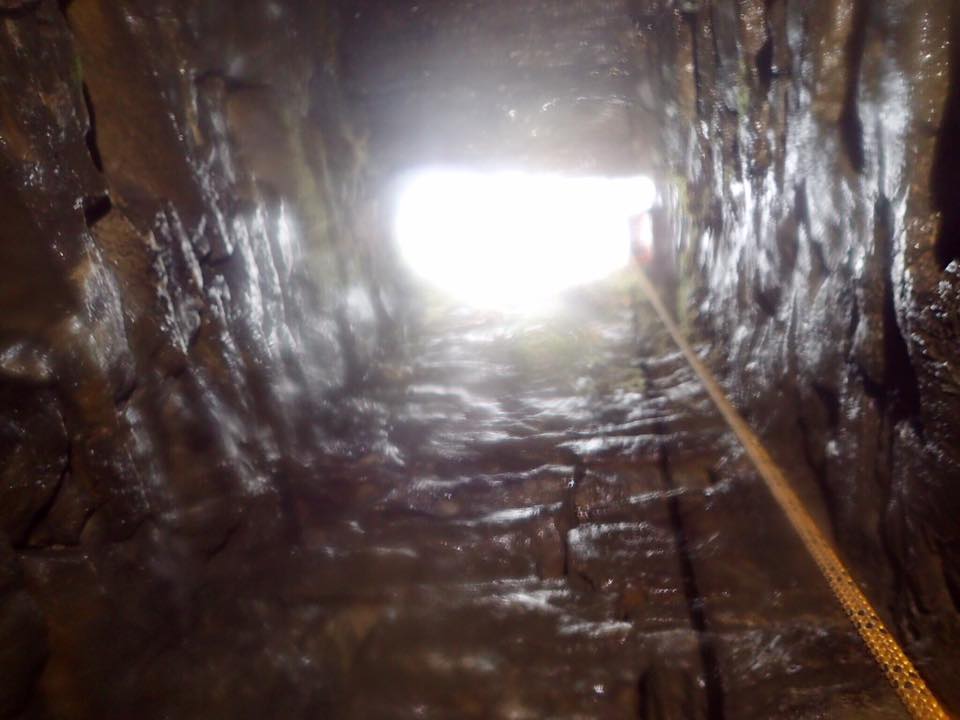 Looking back up the shaft. 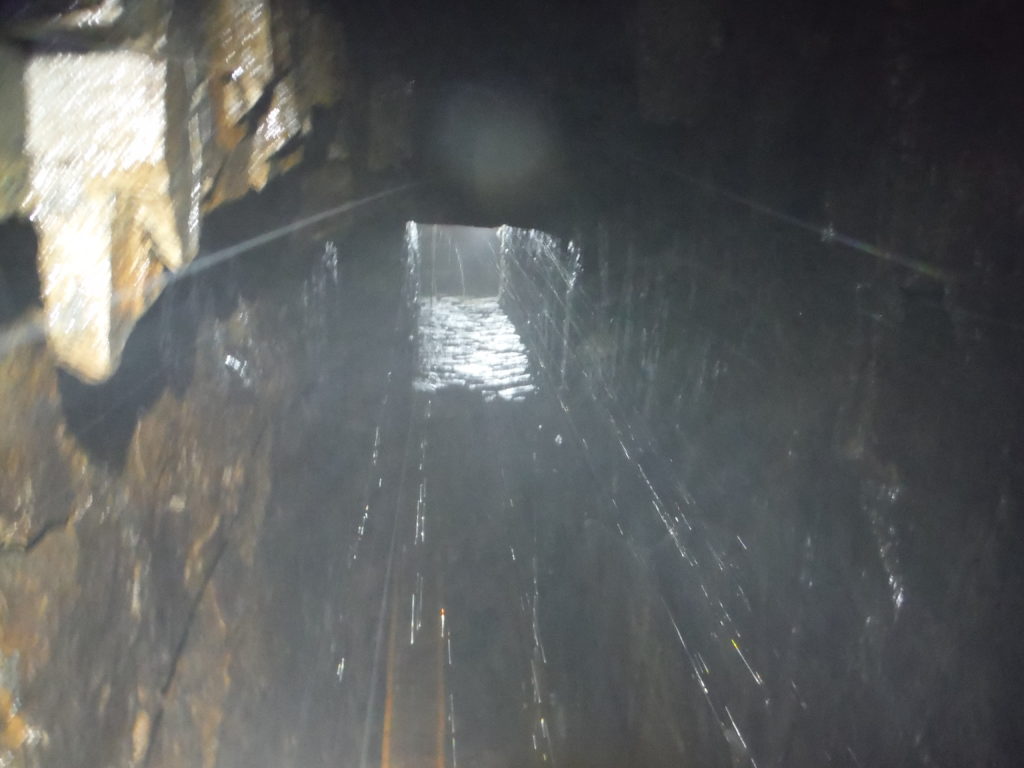 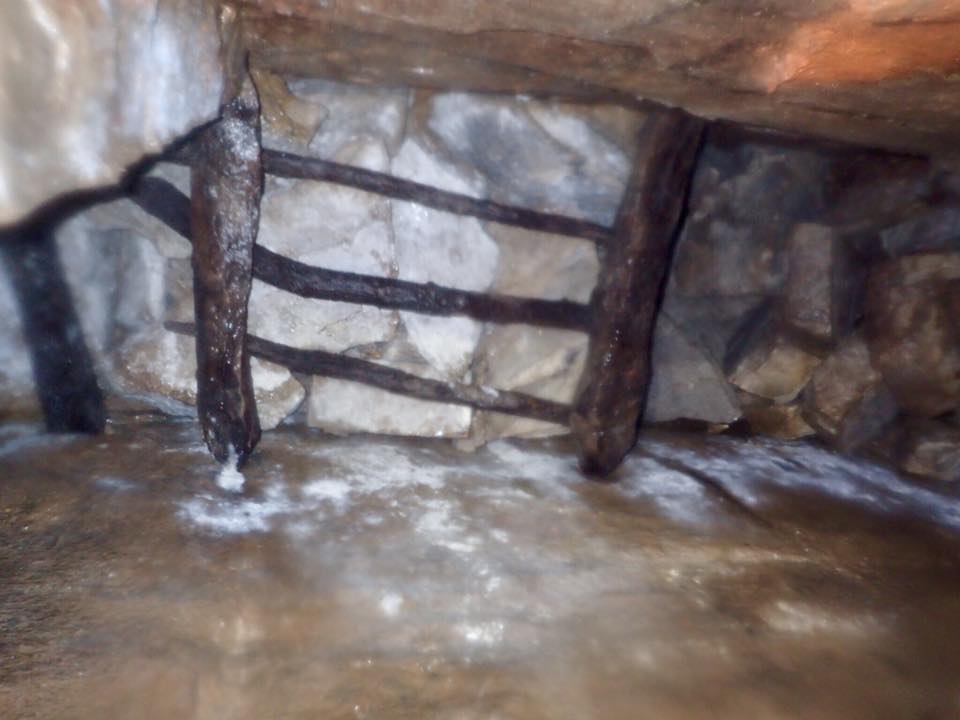 Looking up at a false floor. 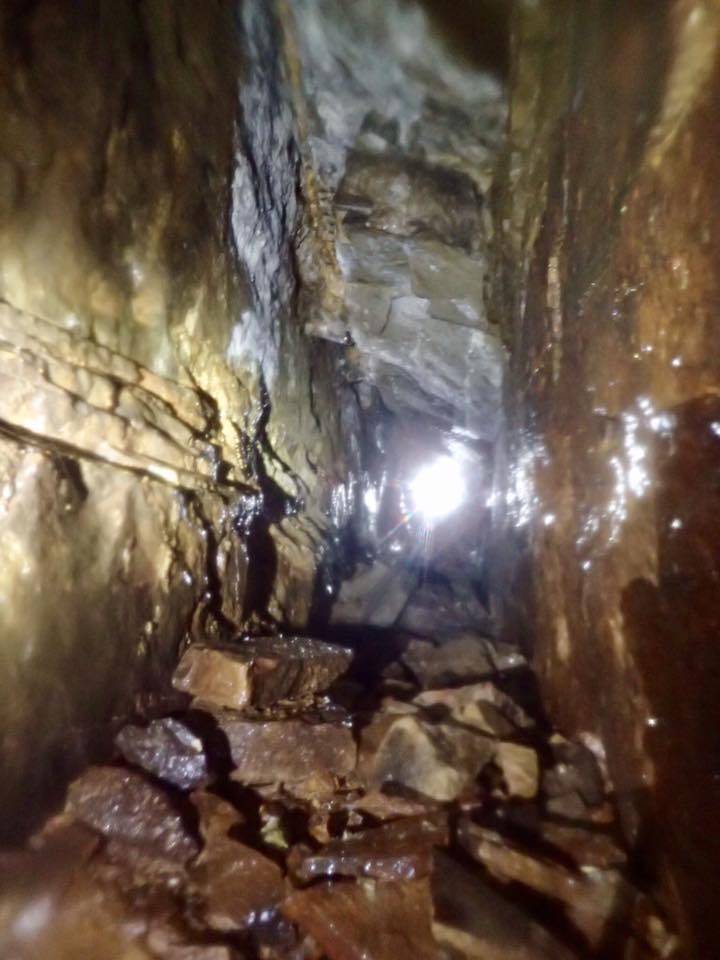 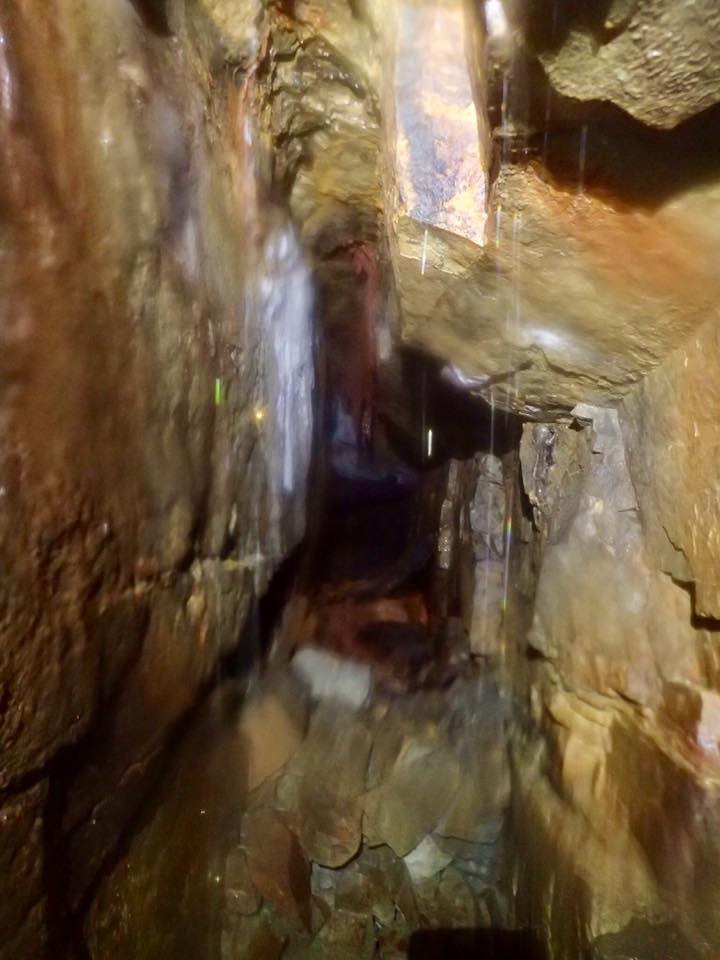 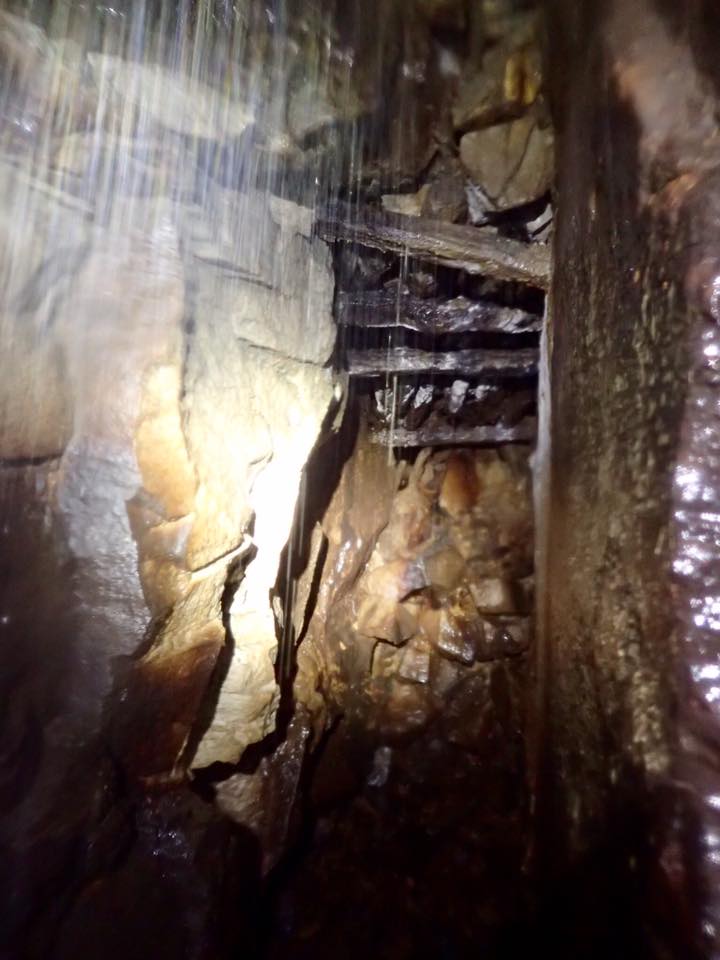 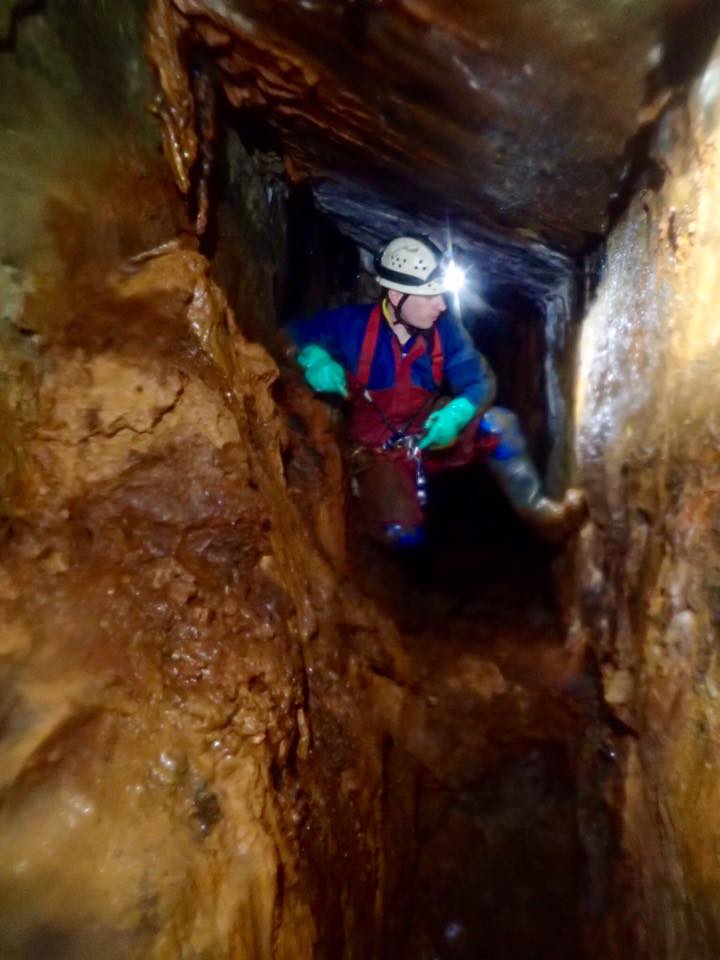 Crossing one of the many holes in the floor. 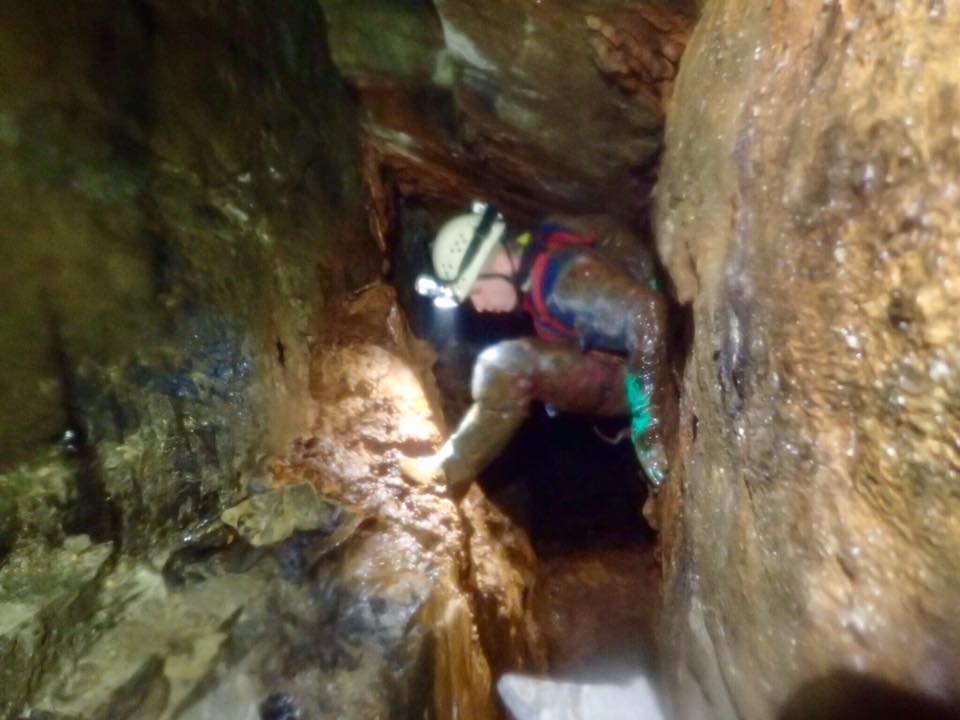 Crossing a large hole in the floor. 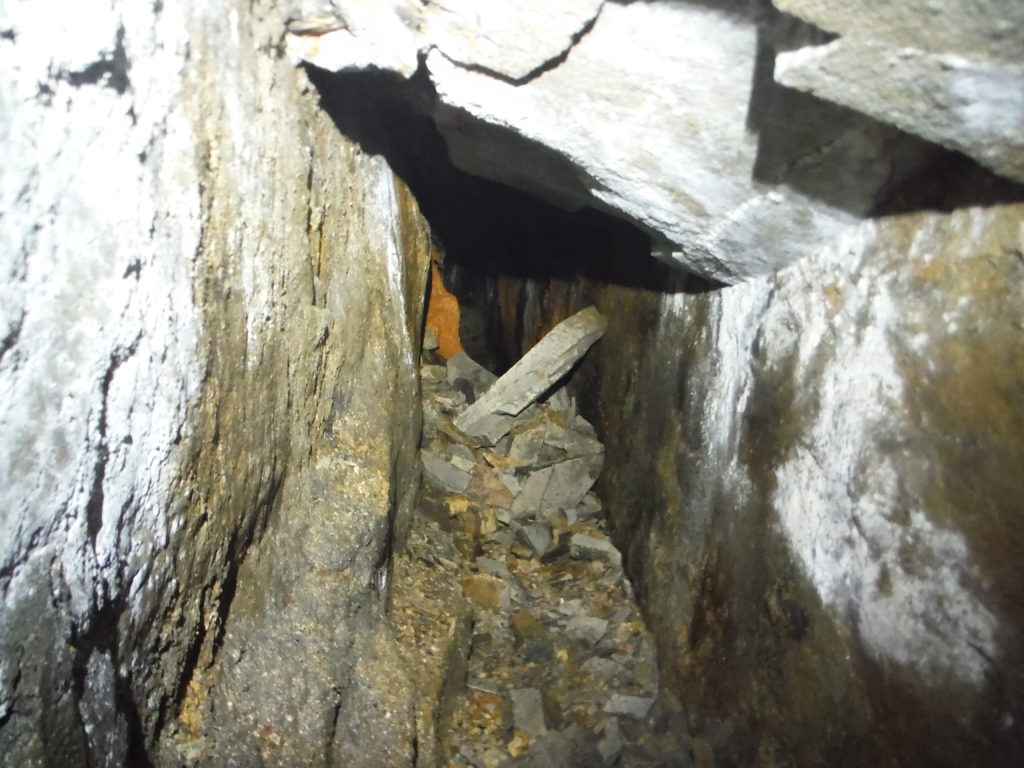 Most of the passages were buit upon false floors and were extremely unstable. 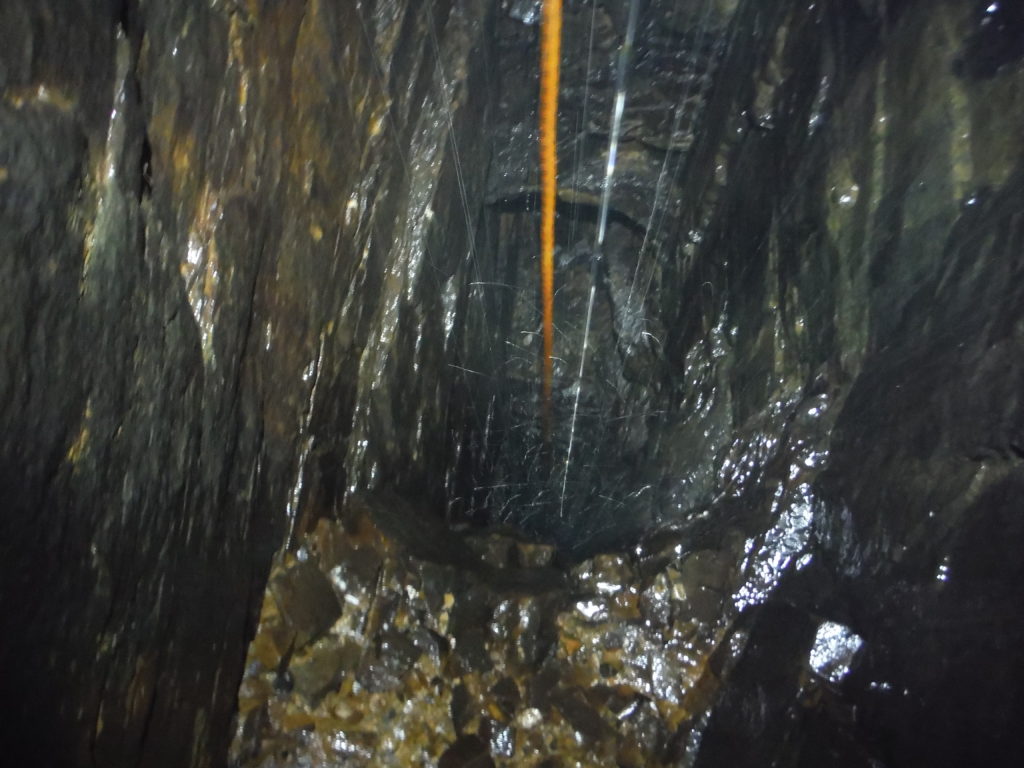 The shaft continued to a depth of around 38 meters before reaching a boulder floor. 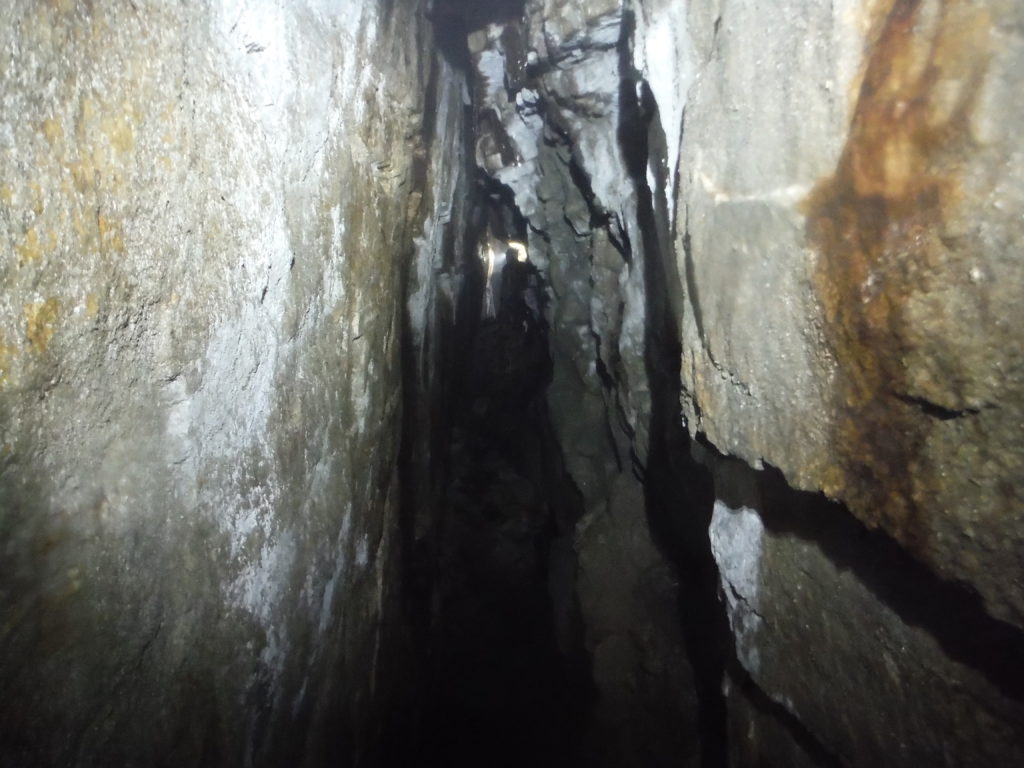 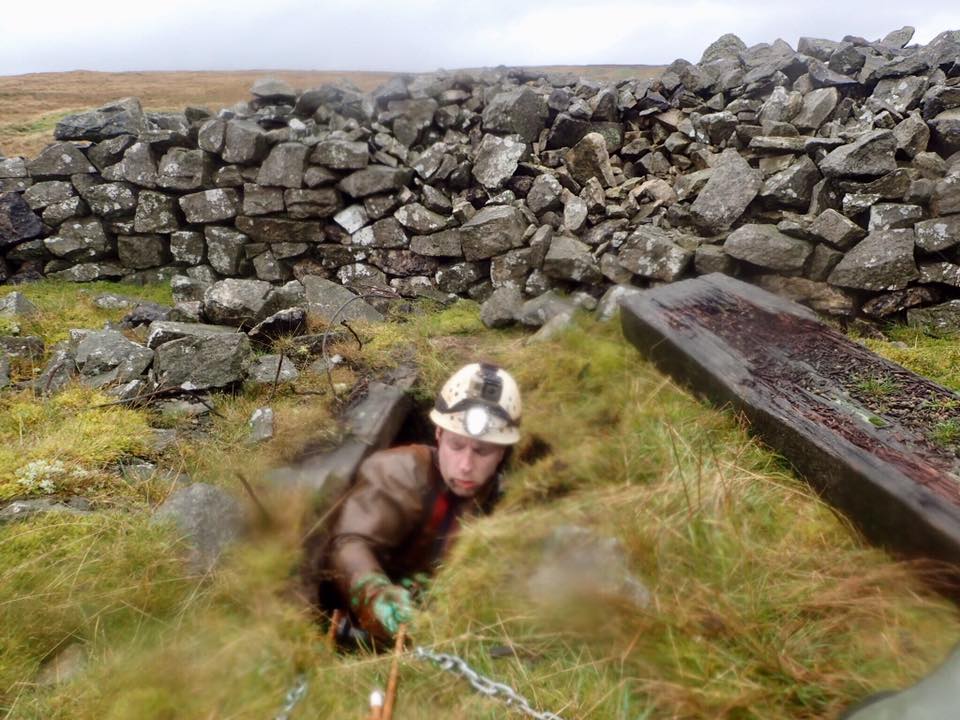