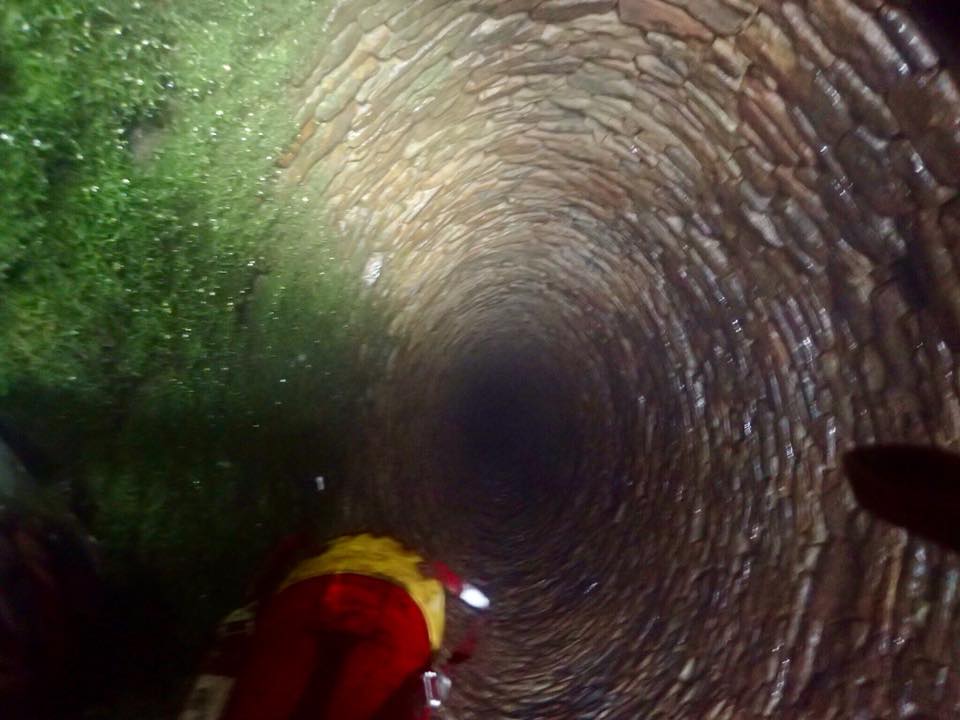 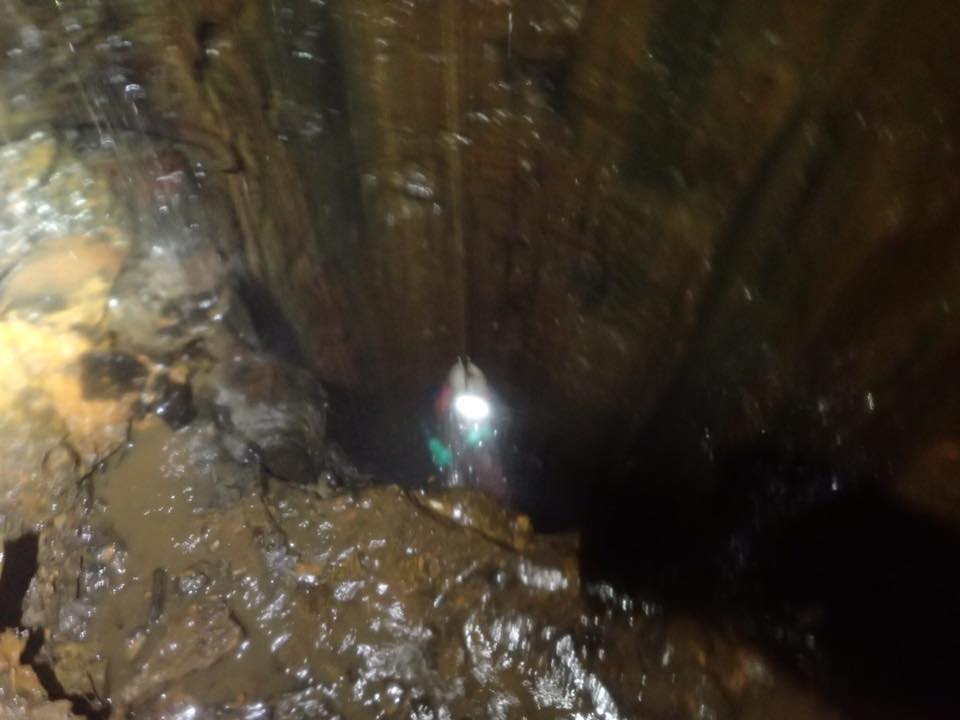 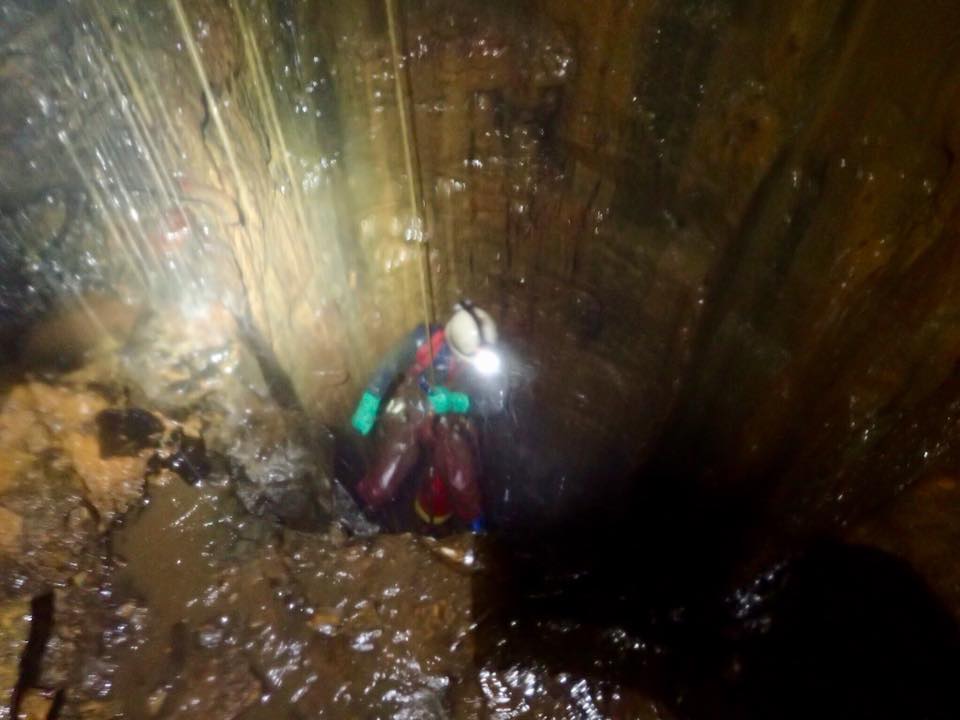 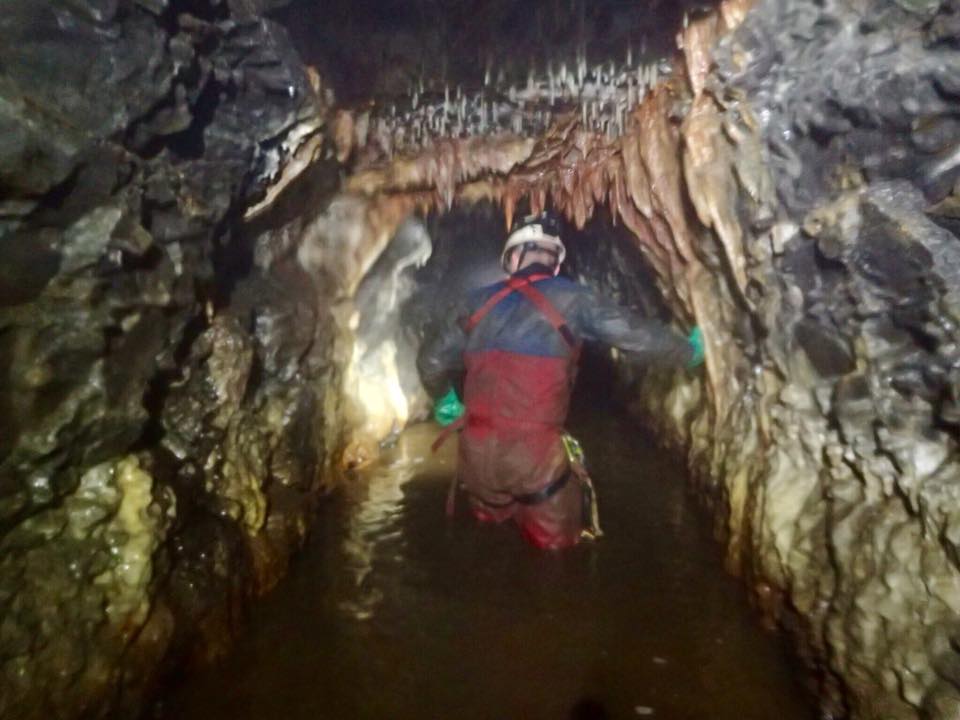 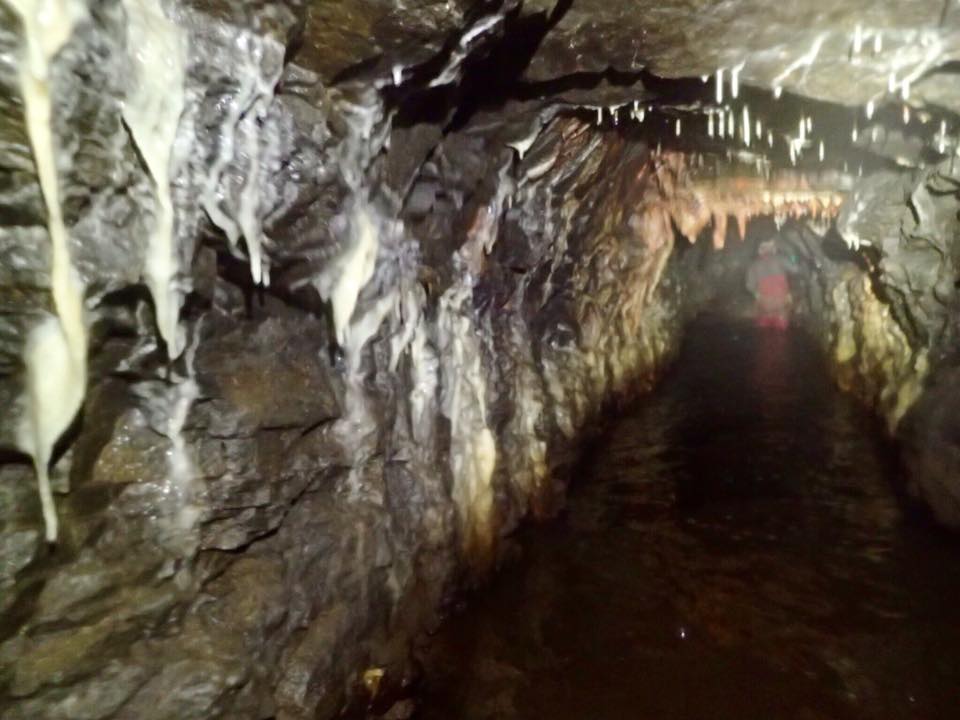 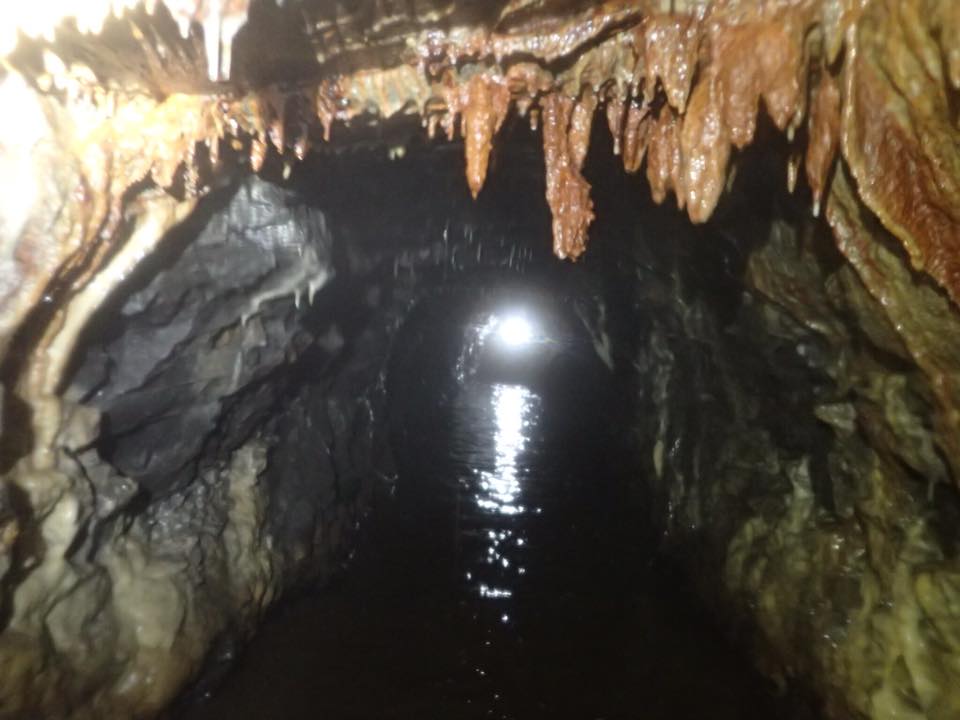 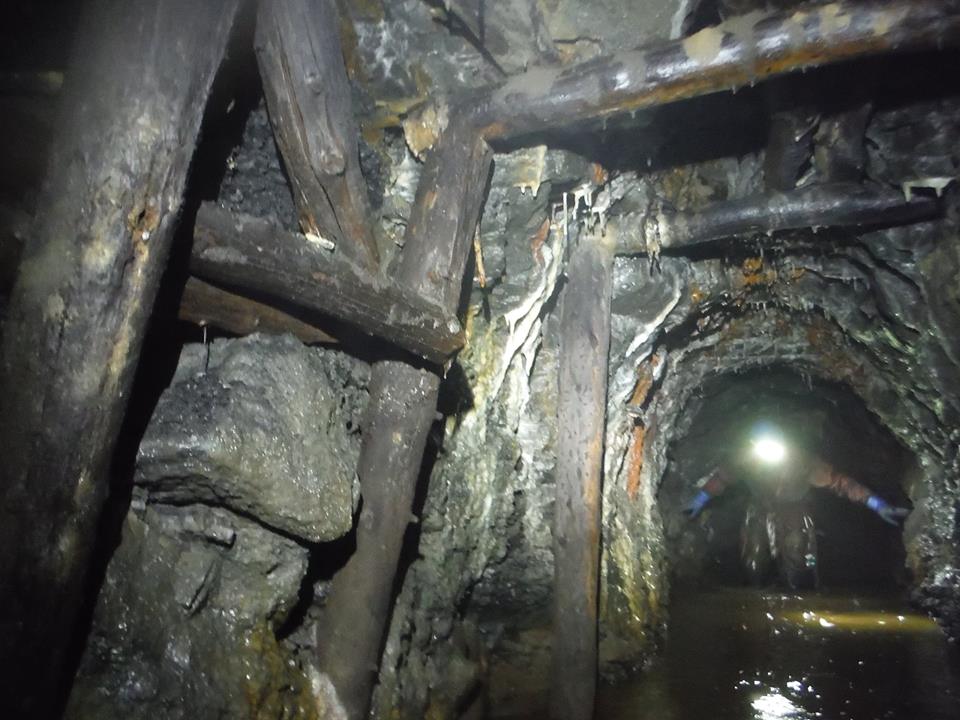 Carefully passing under the wooden stopes 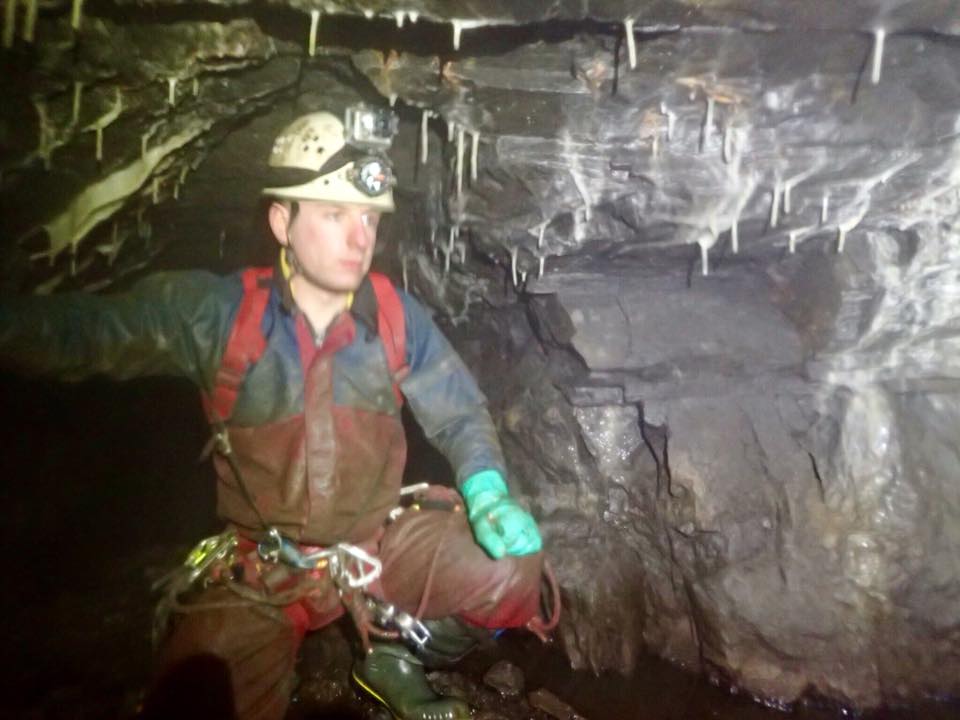 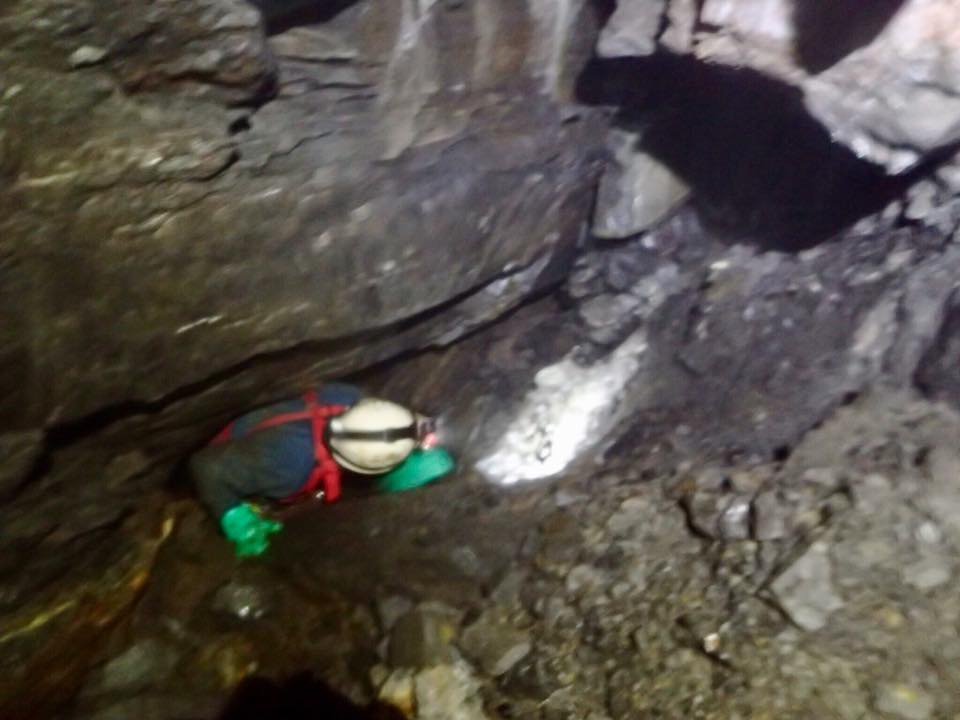 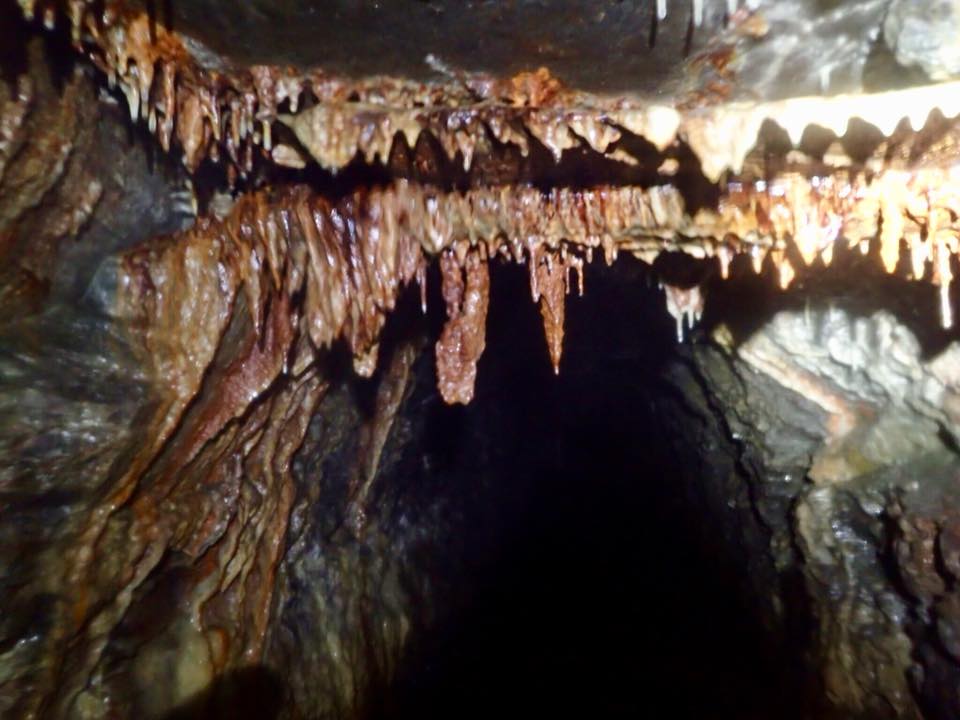 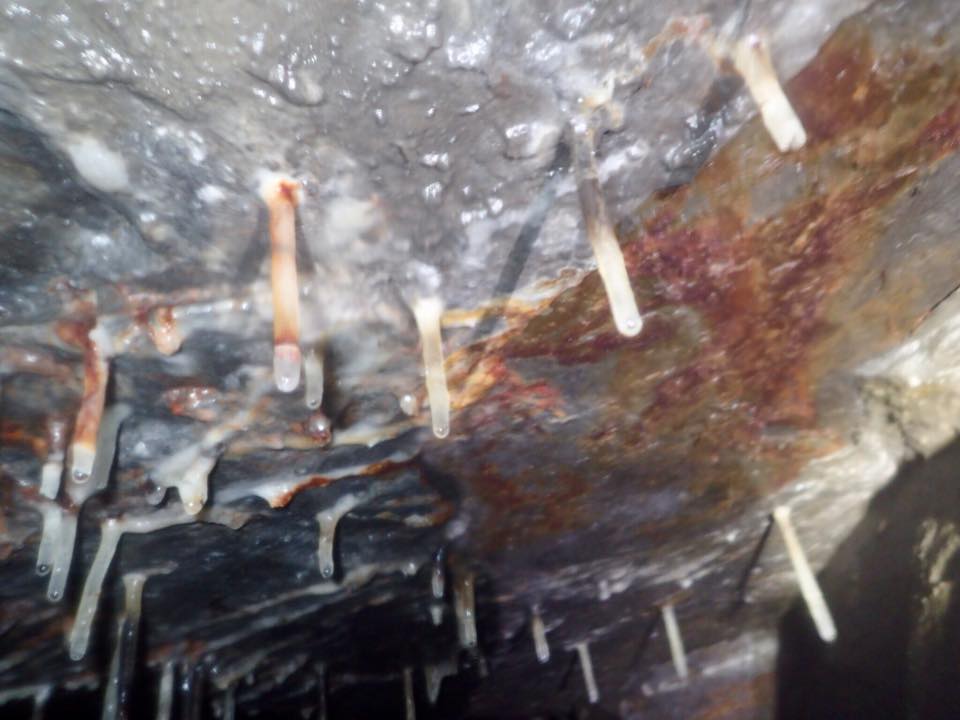 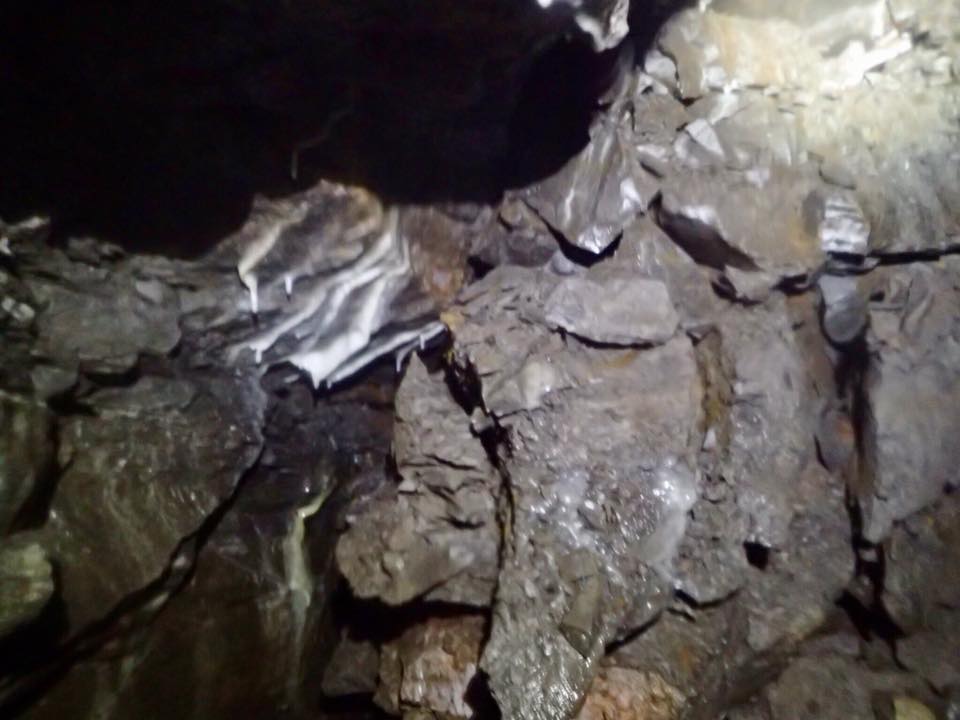 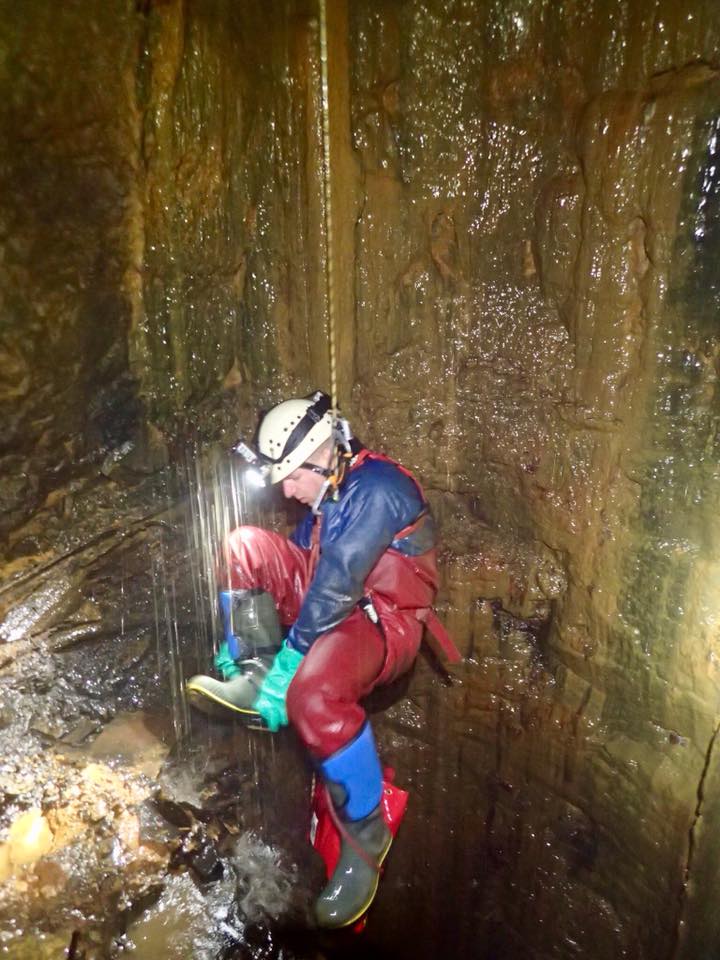 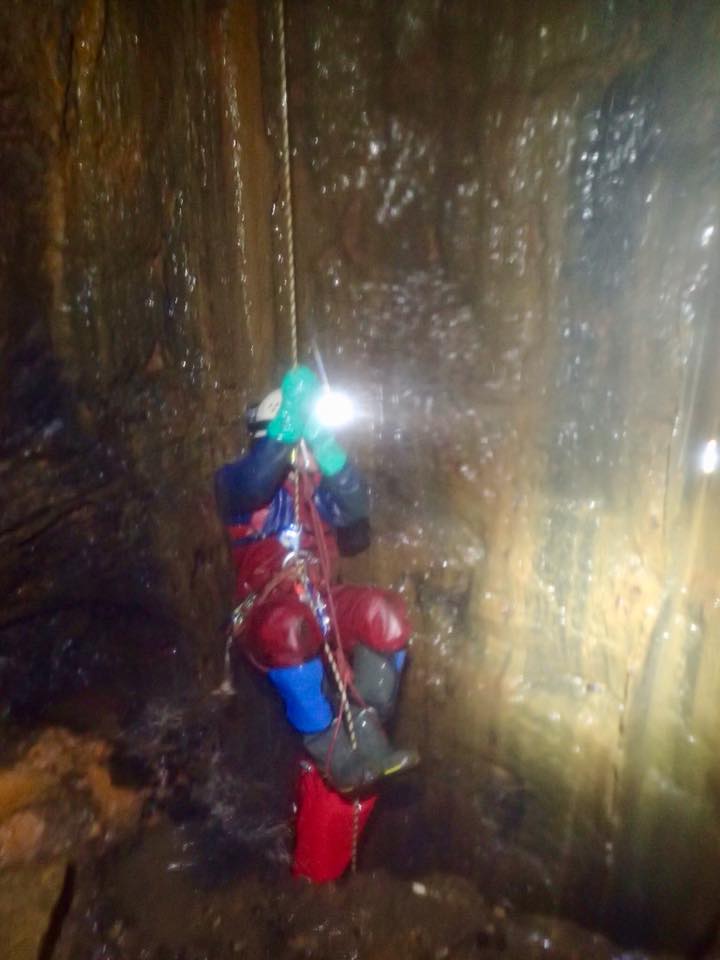 Ascending out of the mine 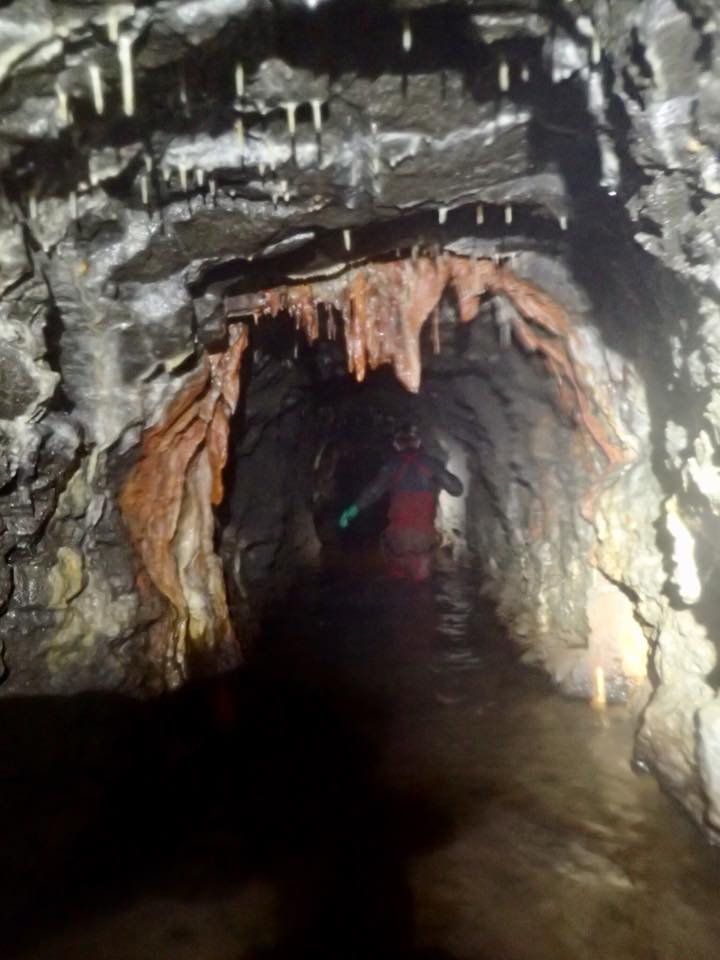 New Peru Mine consists of a single shaft 2 metres in diameter and 74 metres in depth. The stone work collar sinks much further than has been observed with other mines across the area. However it is in good condition and melds seamlessly into the solid rock part way down the shaft.

Upon reaching a depth of around 55 meters, a level has been driven in a North, North easterly direction and according to British Mining 46, intersects with Old Peru shaft which is 330 metres away. The passage is filled with thigh deep water and In one section has a couple of large wooden supports holding up the roof. Following the passage for around 50 meters there is a large collapse from which no further progress could be made. The collapse has created a small chamber above which was explored, and yielded nothing of interest.

Immediately before reaching the collapse there is a flooded shaft to the left. It is unknown to what depth this shaft sinks. There were no further avenues of exploration at this point.

The main shaft is in good condition, and there is a large amount of water cascading down to the boulder floor at the bottom and does not pool. This would indicate that below the boulder floor, the mine is still connected to the drainage adits from Dukes Deep Level driven from Hebden.

Extreme care should be taken when exploring the 55 metre level. As previously mentioned, there is a section in the middle where the roof is stabilised by wooden stopes which have deteriorated significantly and the collapse at the end of the shaft is also very unstable.