The Grassington Mines ended production in 1882 with the shafts and buildings being left to fall into disrepair. However, during the 1930's and 1940's, members of the British Speleological Association began to explore the moor looking for natural caverns as well as taking images of the surface remains. The landscape changed dramatically due to the fact that during World War II, the military used the moor as a firing range which meant that many of the buildings were destroyed. Thankfully the Cupola Chimney was left untouched and did not get blown to bits like most of the buildings. The images below show how the moor has changed since the early 20th century.

Click on the pictures below to expand the view. 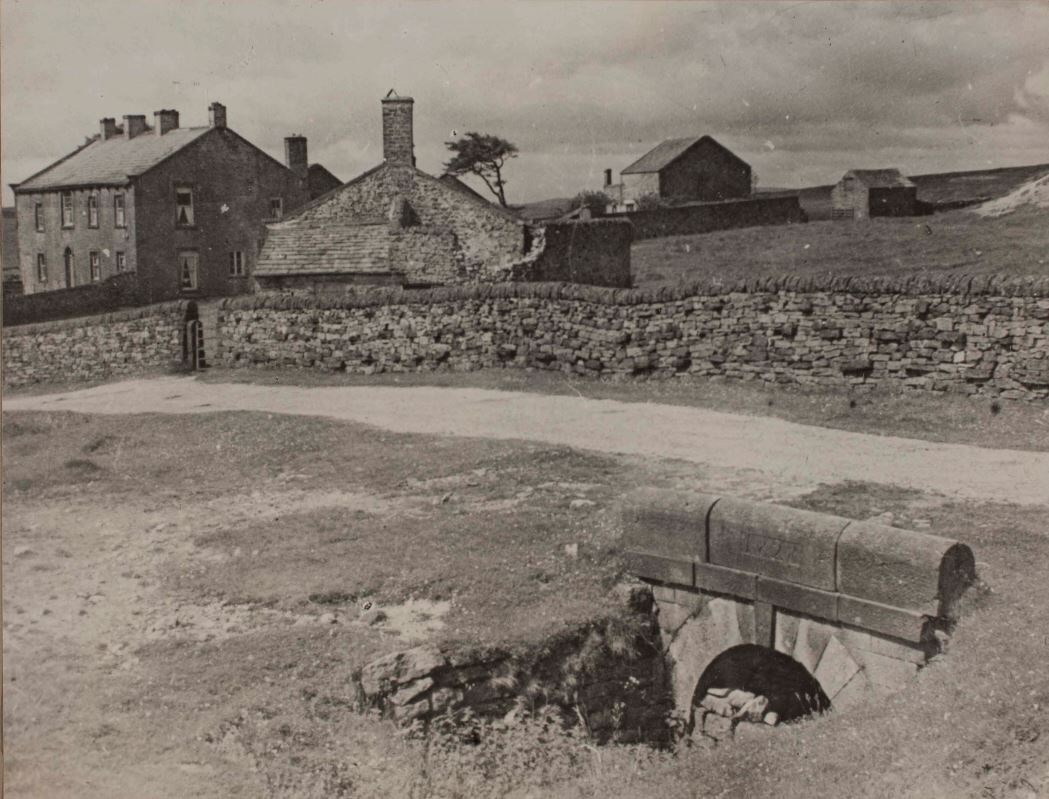 Image taken by Arthur Raistrick who was a pioneer in preserving Yorkshire's industrial heritage. The far left building is known as Yarnbury House and was home to dukes mining agent, with the building second on the left being the smithy. 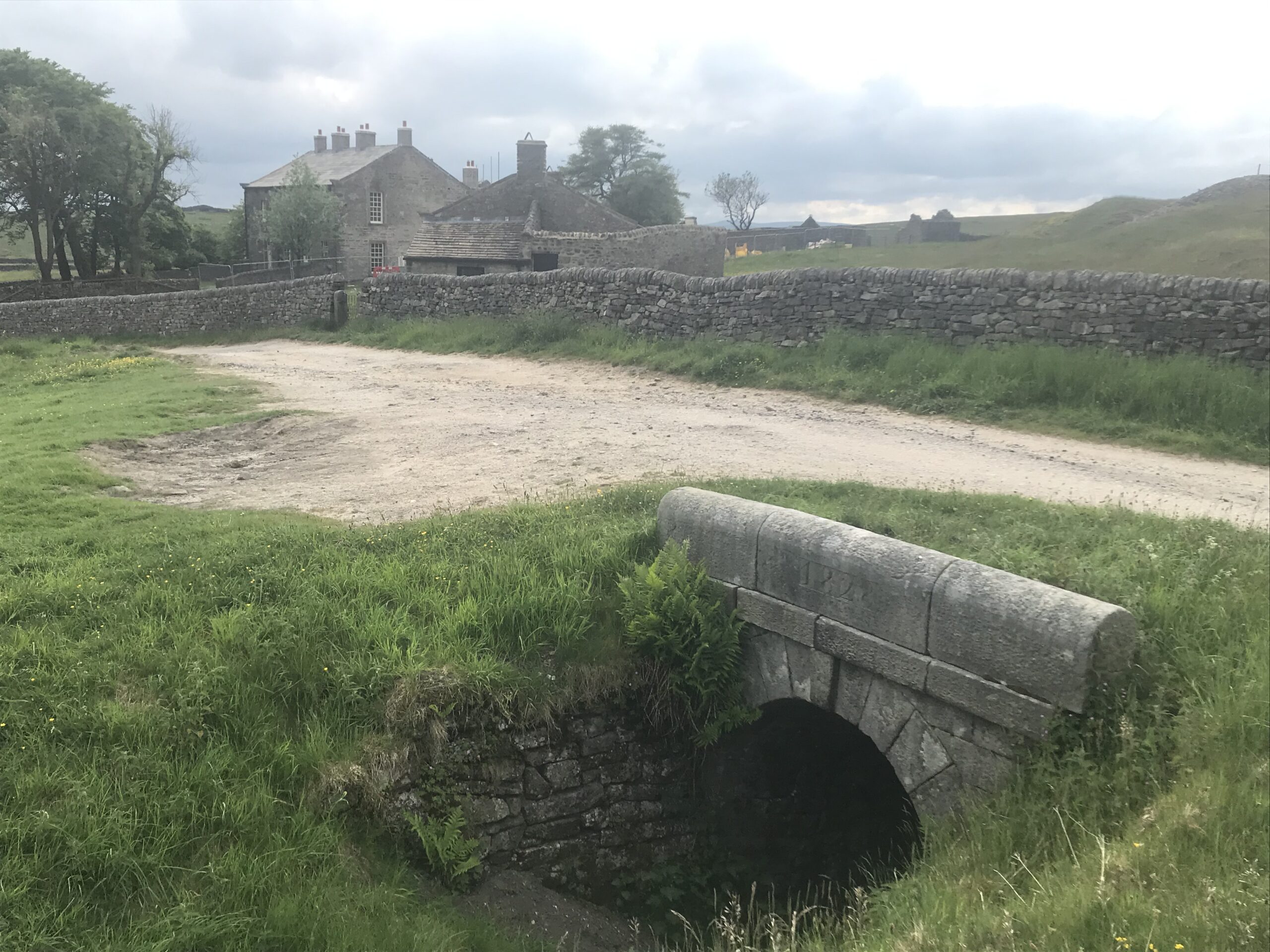 Notice how the far right building is now missing a roof. The smithy's chimney is also considerably shorter, and the building second from the right has since been demolished. 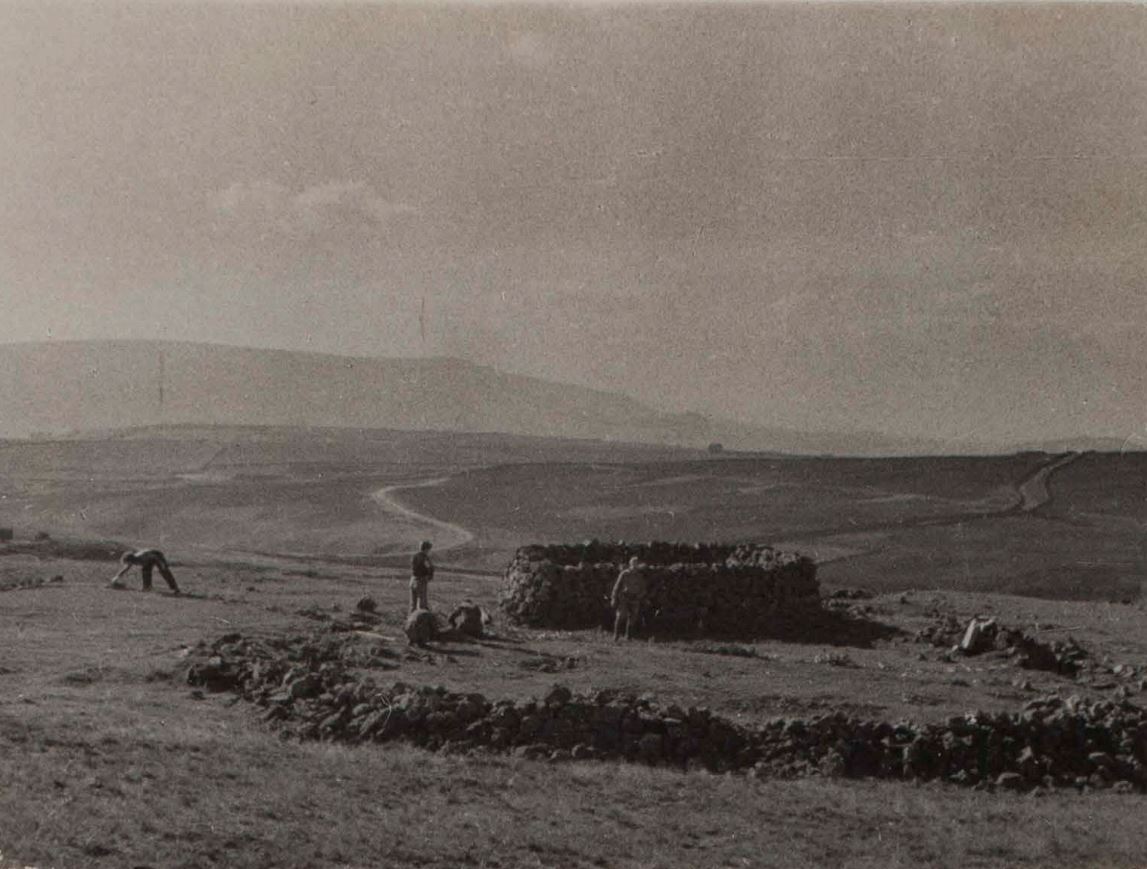 Image taken by Robert Leakey otherwise known as Bob Leakey, a renowned potholer who discovered the Mossdale Caverns. The remnants of a dry stone wall can be seen around the horse whim which was used to haul spoil and ore out of the mine. 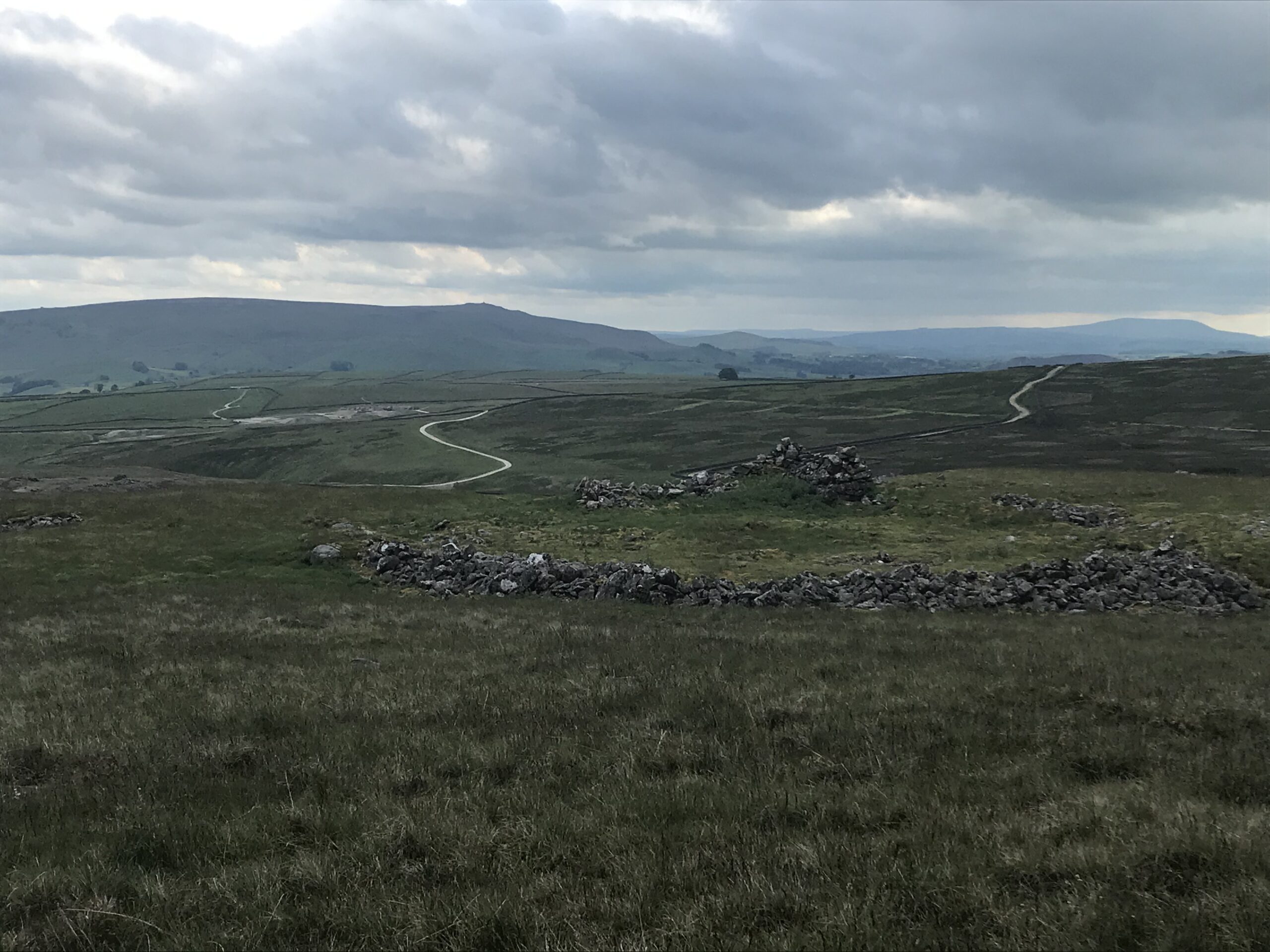 Most of the dry stone walling surrounding the horse whim is still present, however the large circle around the shaft head is now missing. Follow the link below to learn more about this mine and view a video of GMAG's exploration of the shaft. 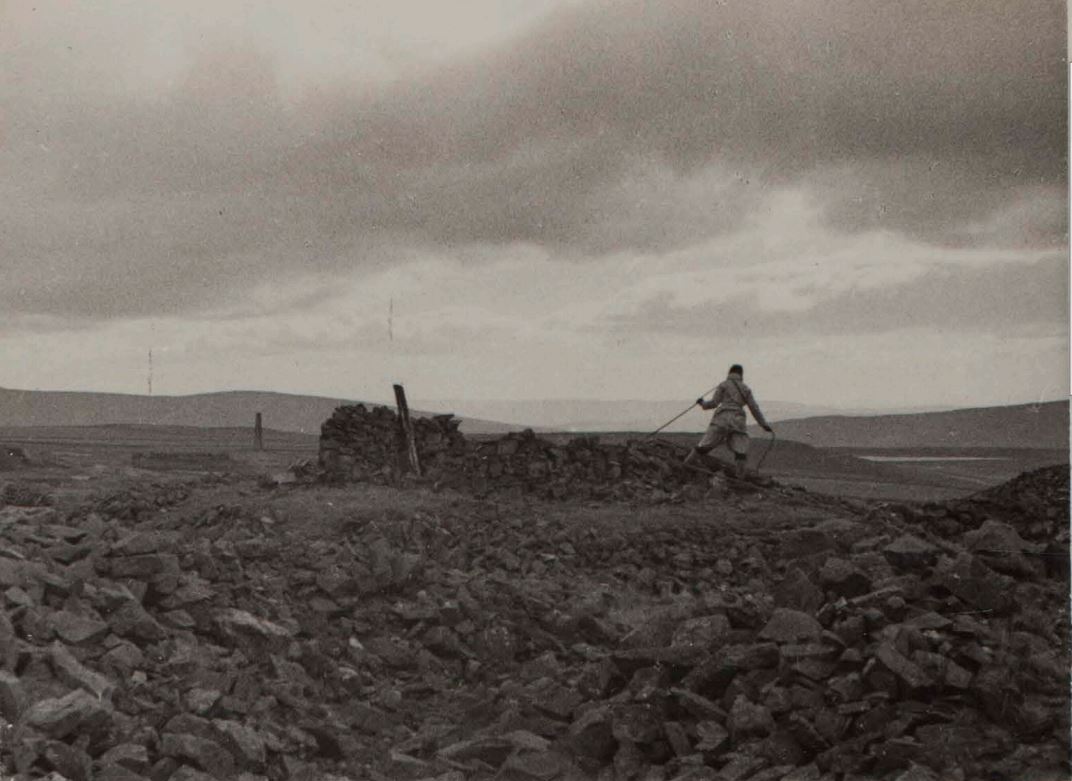 This image was also taken by Bob Leakey and shows the British Speleological Association's exploration of a mine they referred to as Rotten Shaft. GMAG members explored the mine in 2017 and referred to it as an Unnamed Shaft Close to Chatsworth 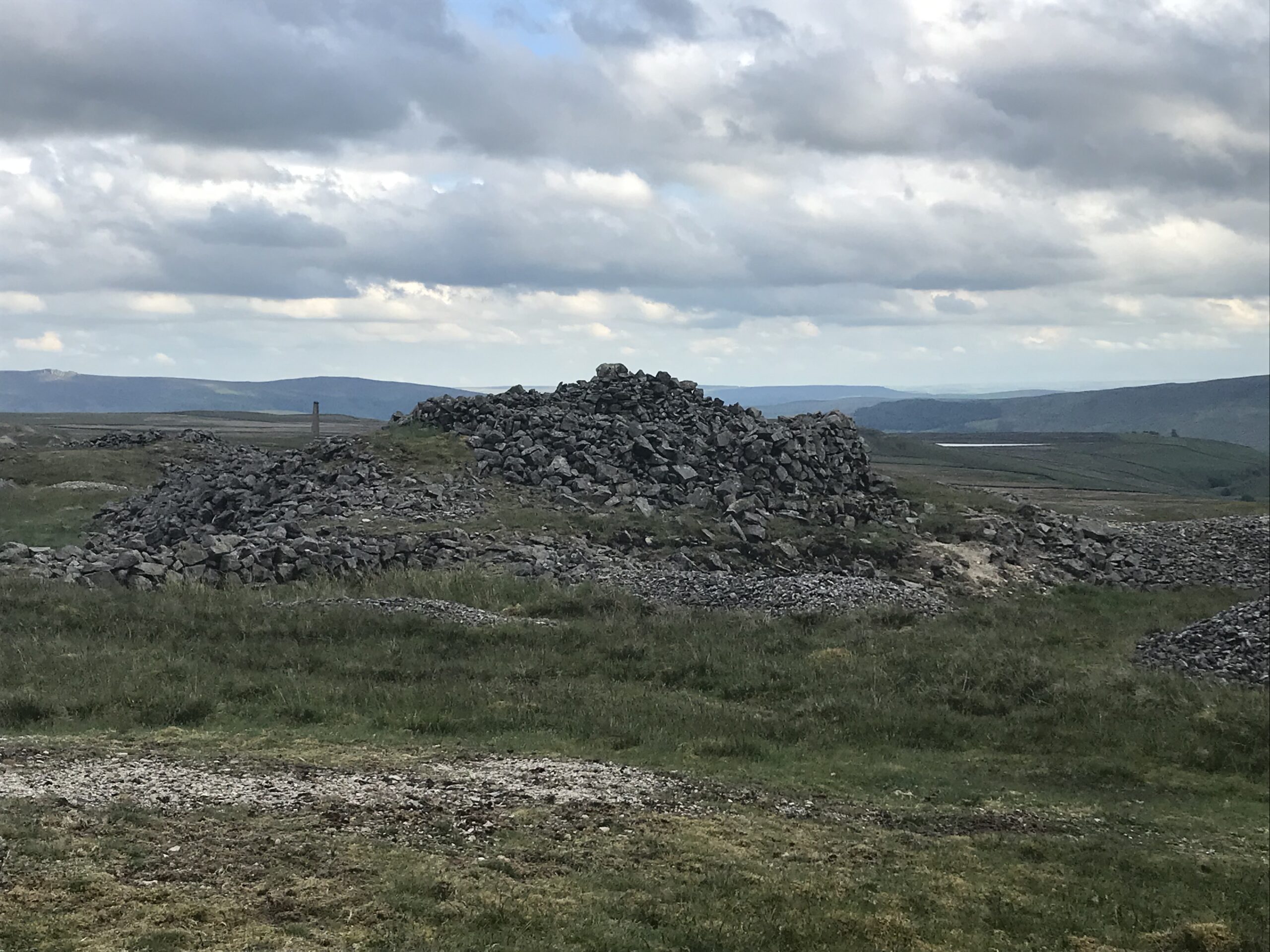 The ground around the top of the shaft has been altered significantly since Leakey's exploration and the Cupola chimney can be seen to the left of the image. 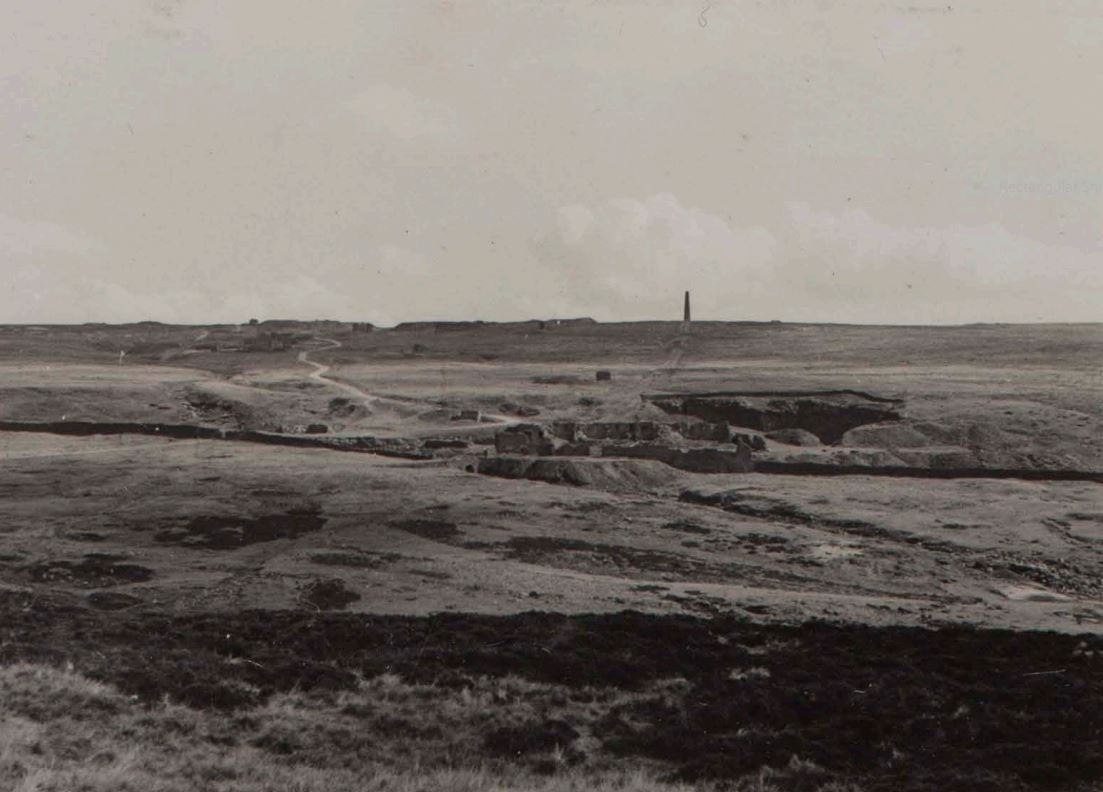 This image was taken by Eli Simpson showing the Cupola Smelt Mill and Cupola Chimney in the back ground. The black rockface in the centre of the image is a quarry located directly behind the smelt mill. 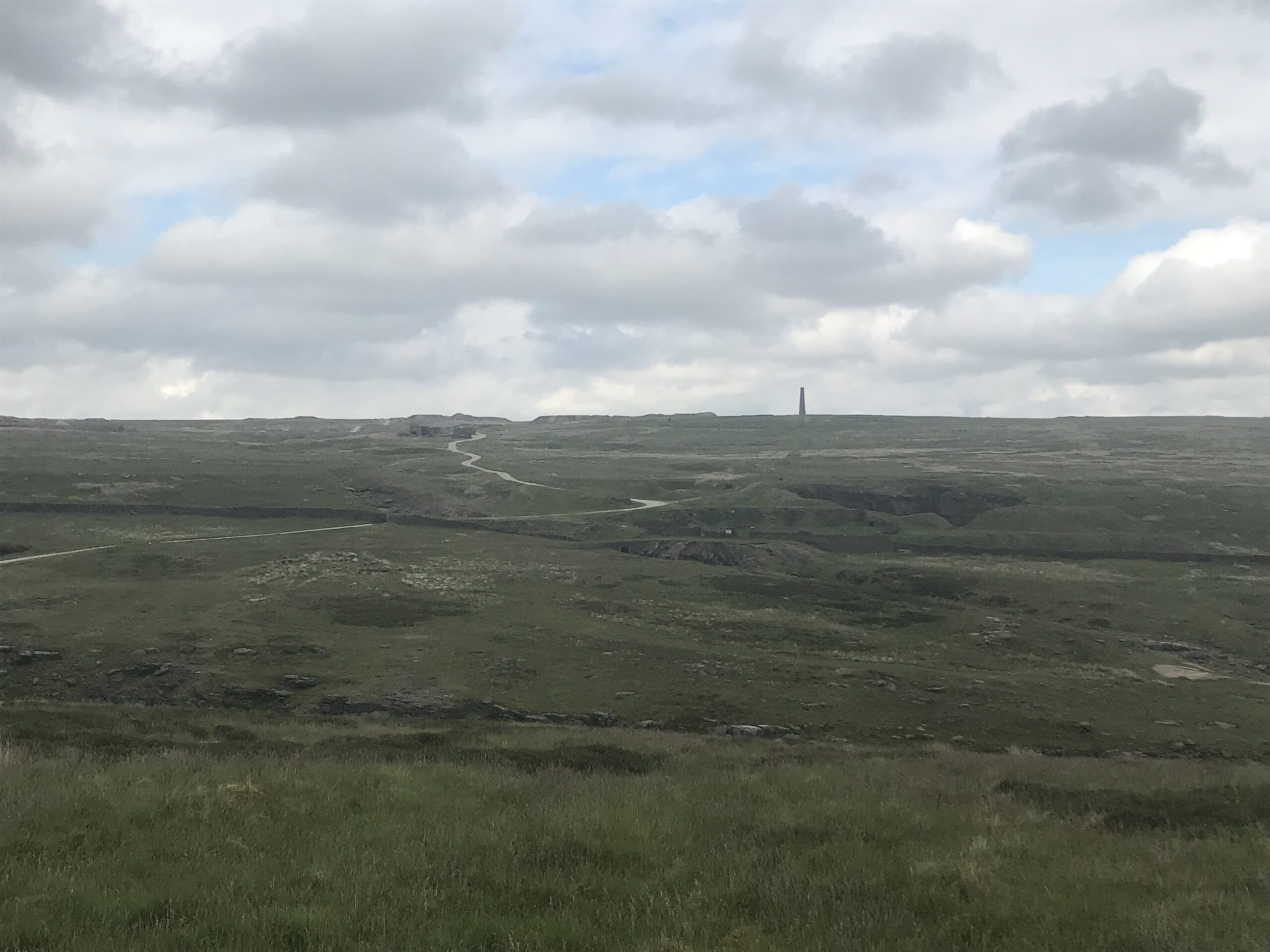 Following Dukes New Road in the centre of the image up to the sky line, you will note that the large chemical works now sit to the left of the track. These building's were only erected in the 1950's on the site of the Coalgrovebeck Dressing Floors and did not exist when Simpson captured the image in 1937. 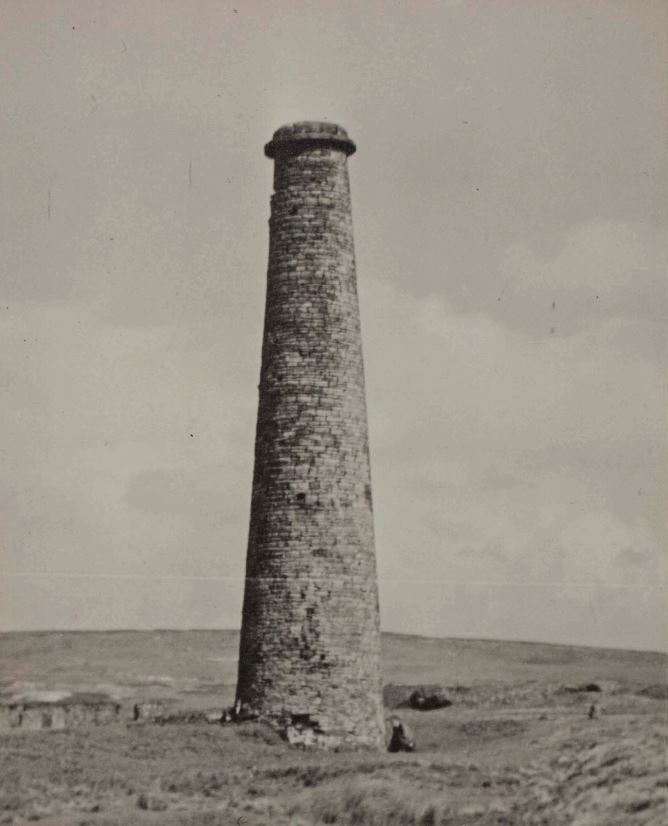 The most notable feature of Grassington Moor is the Cupola Chimney which still stands today. 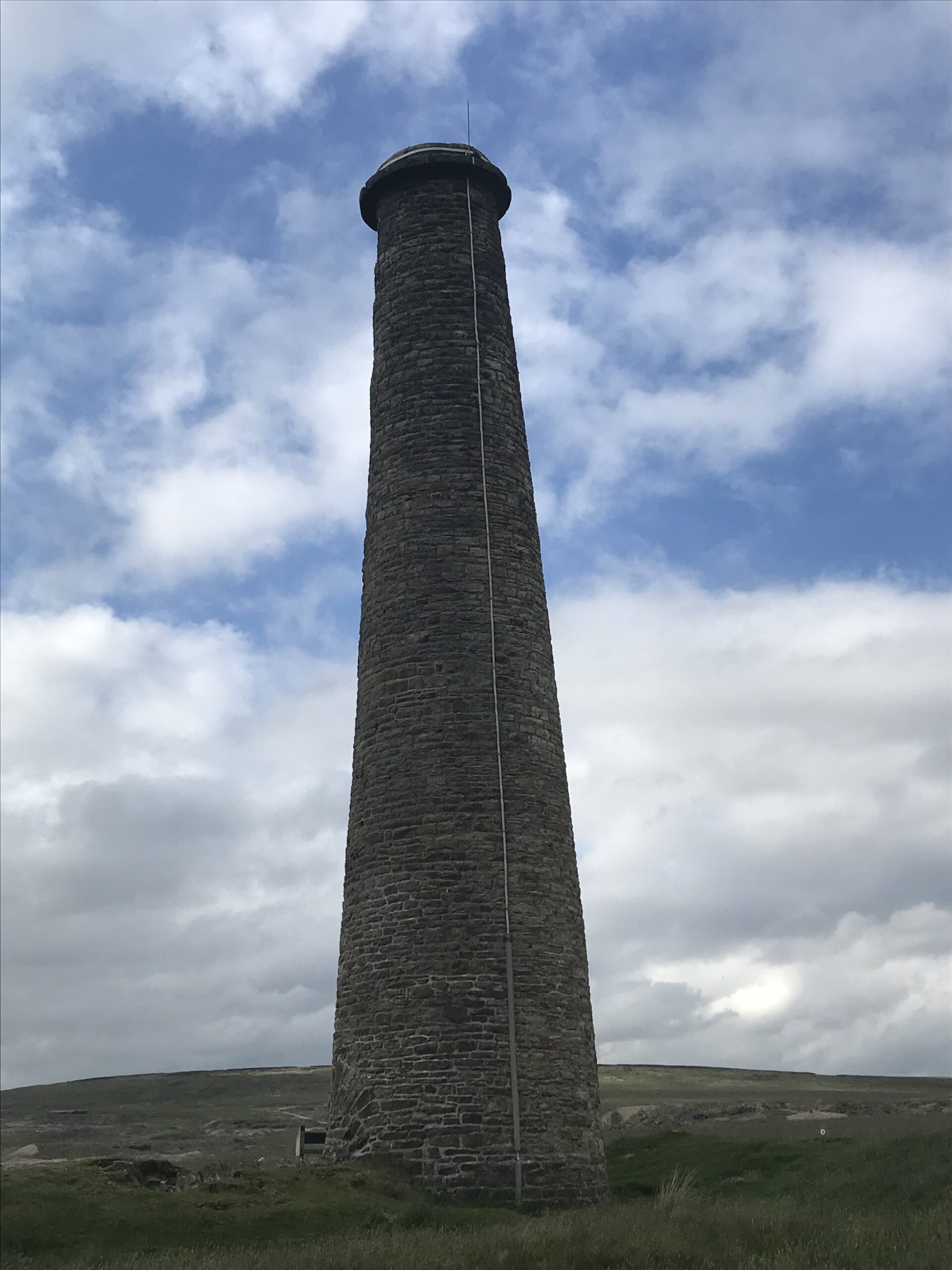 Restoration work was conducted by the Earby Mines Research Group in 1966 and again in 1971. The chimney is now fitted with two lightning rods to protect it from damage, and visitors can still walk through the flues and into the centre of the structure. 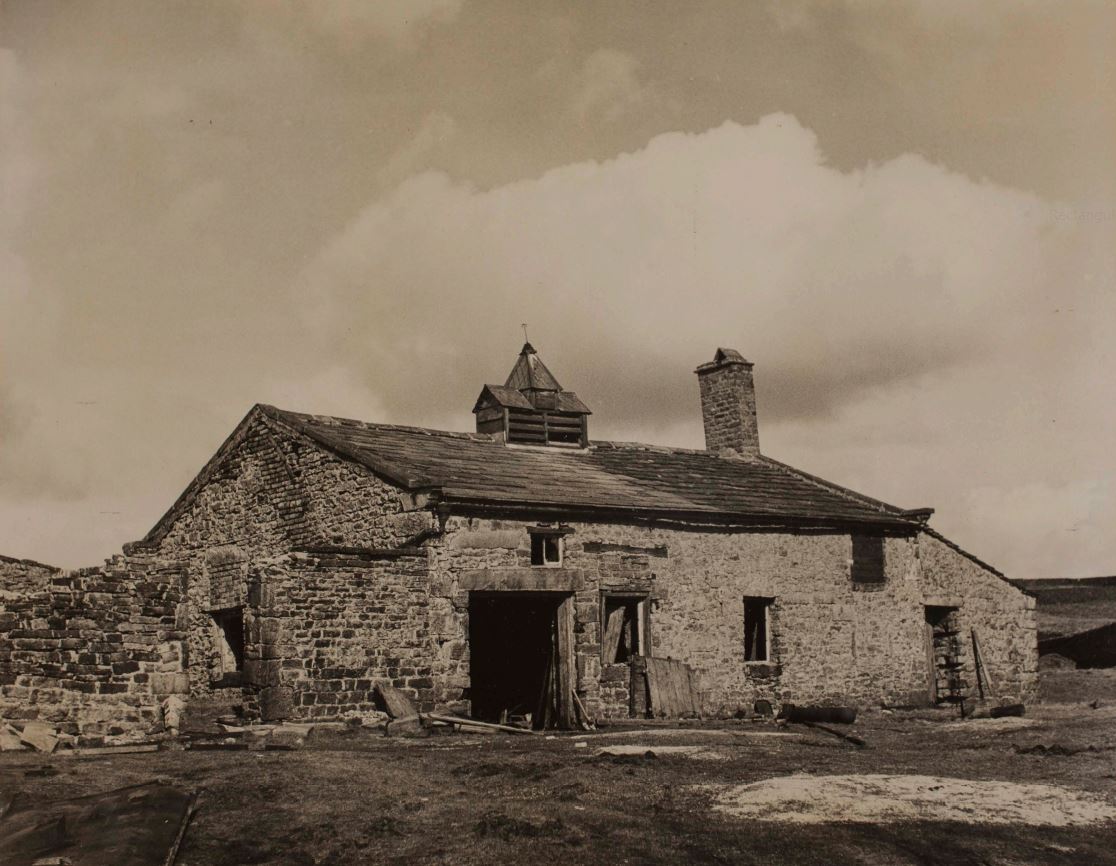 This image of the smithy at Yarnbury was taken by J.L.Midgley in 1950. 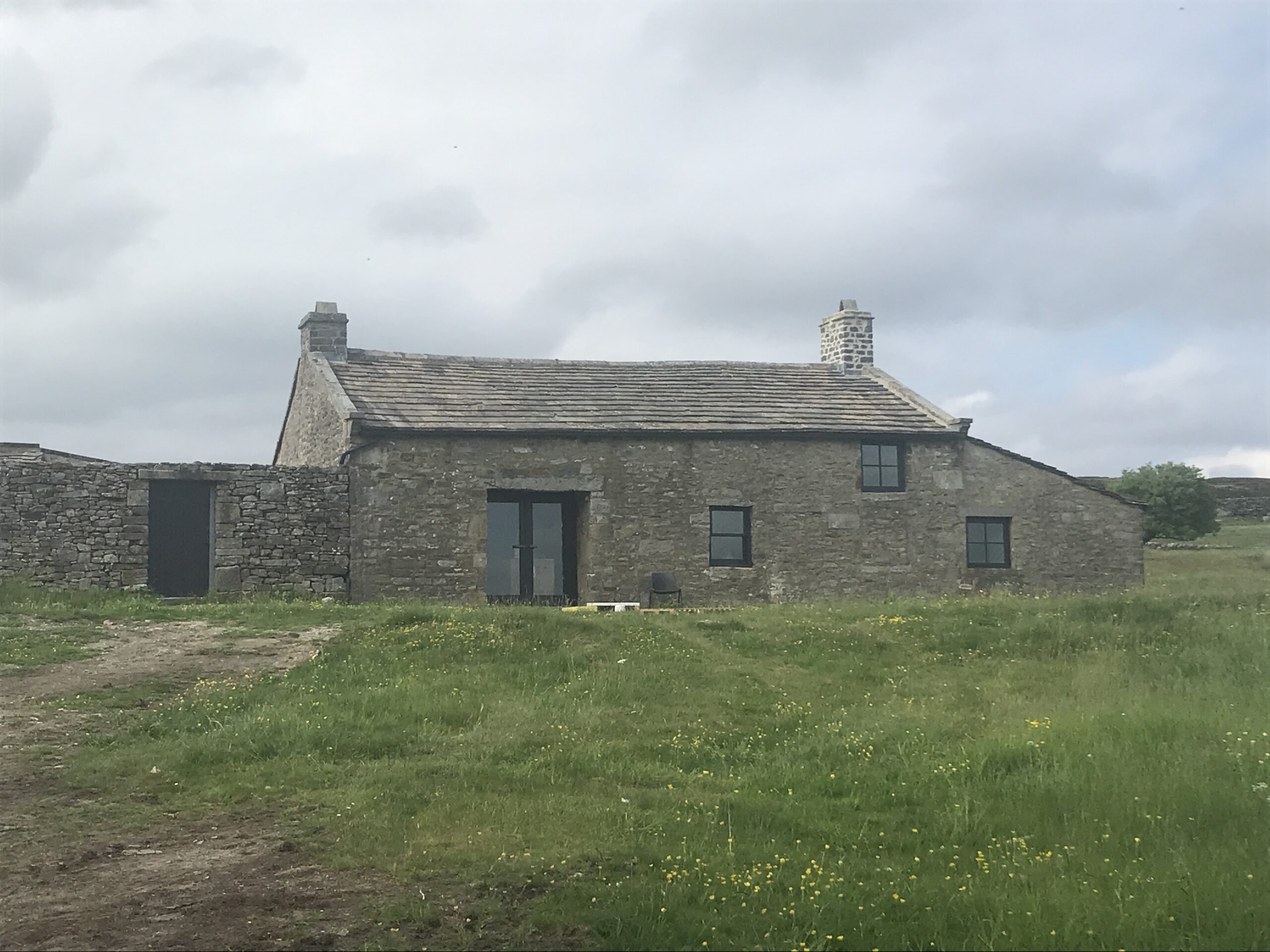 The smithy has since been turned into a residential house and has undergone extensive renovations. 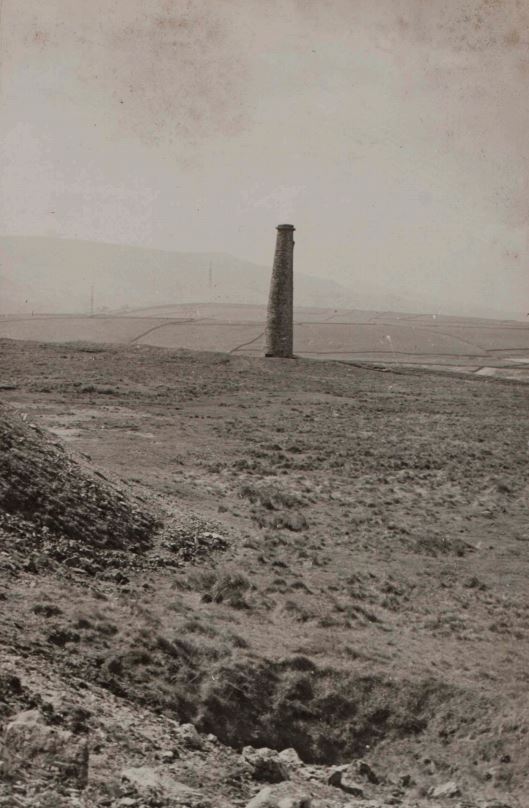 Here's another image of the Cupola Chimney taken by Eli Simpson in 1937. 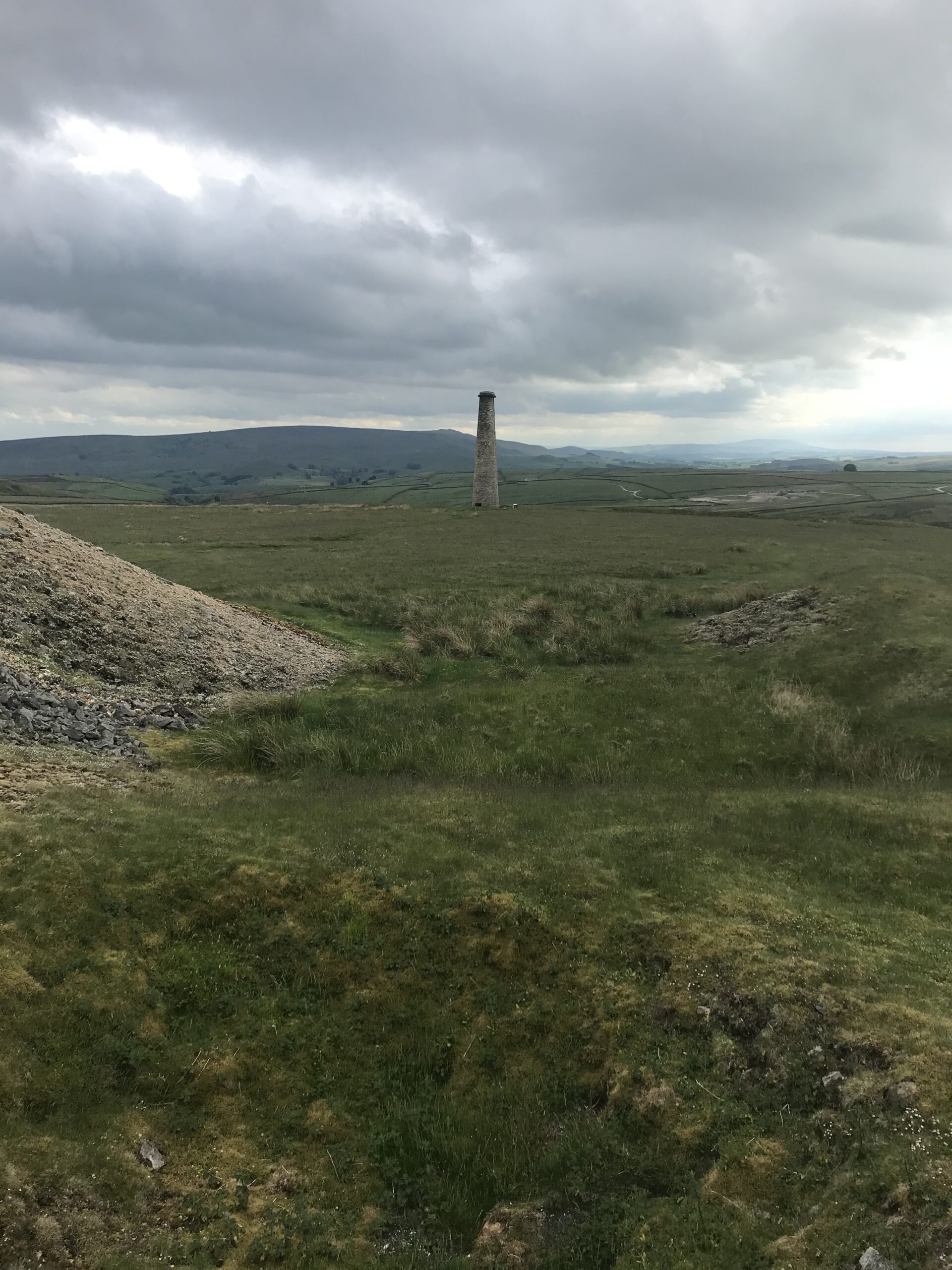 Very little has changed since Eli Simpson captured an image of the chimney in 1937. Note Simons Seat that can be seen in the background of the photo. 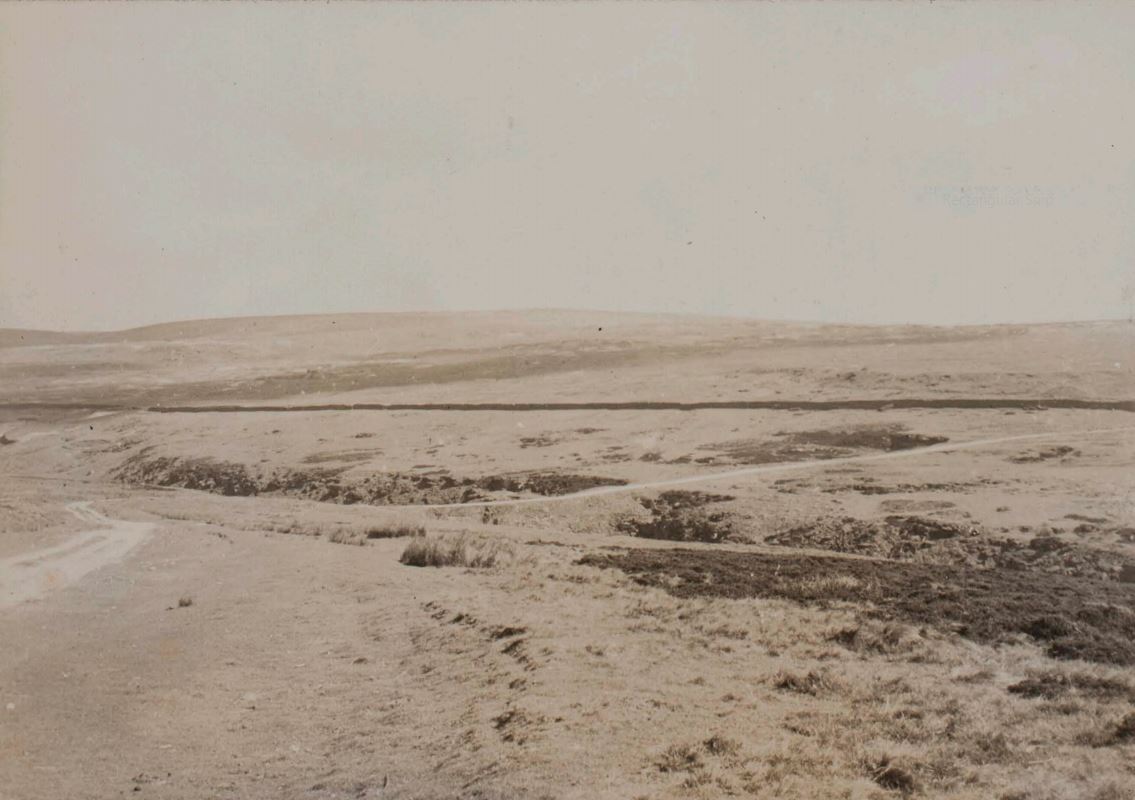 An image taken by Eli Simpson in 1937. The end of Old Moor Lane can be seen to the far left of the photo. 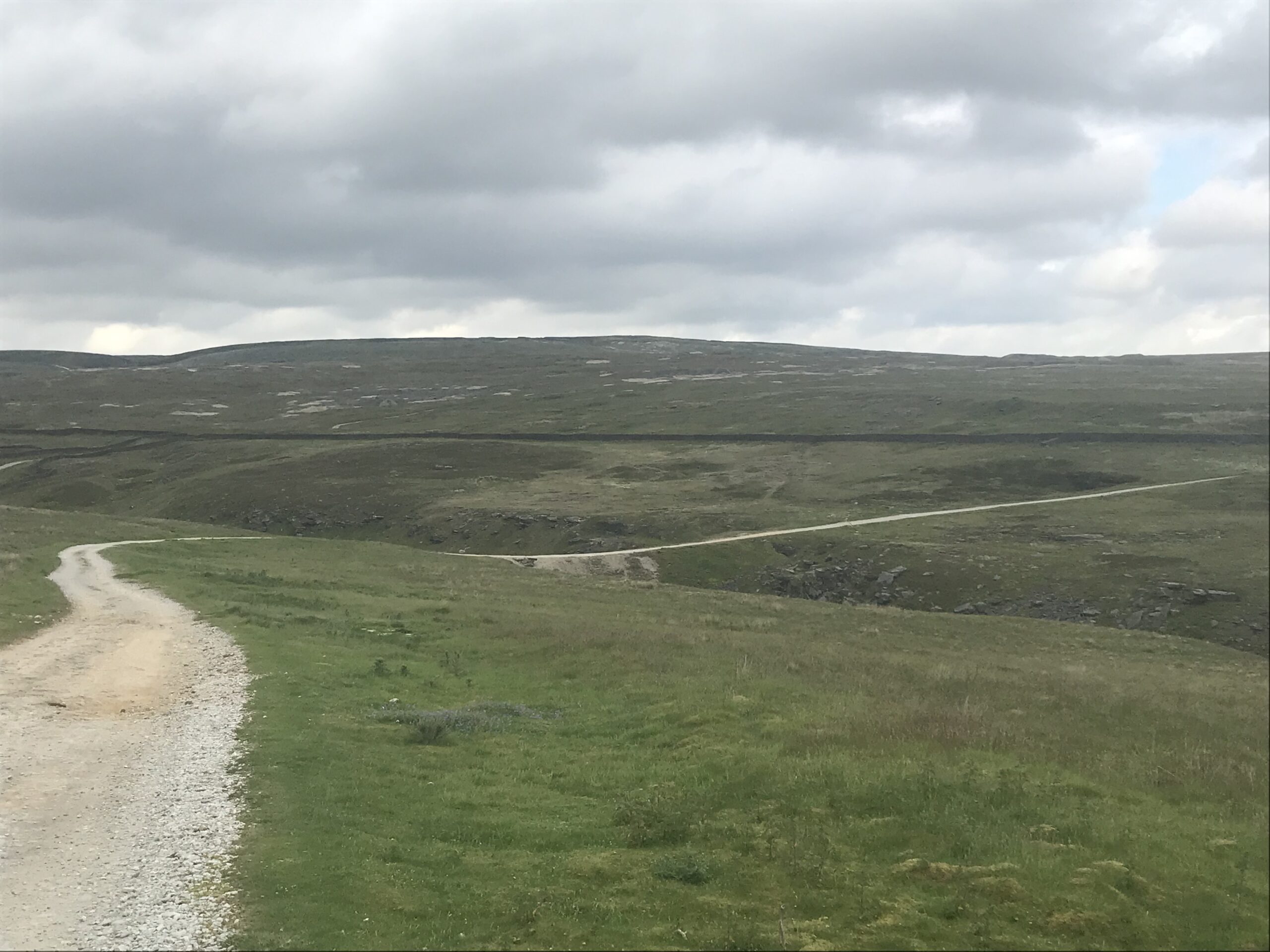 Dukes New Road can be seen in the foreground and runs across the image towards the Cupola Smelt Mill.

Why not learn more about the mines and explore the shafts via helmet camera footage. Follow the link to the right to learn more!