According to Mines and T’miners a History of Lead Mining in Airdale, Wharfedale and Nidderdale, lead mining took place within Grassington as far back as the Bronze age where lead ore was worked from small veins on the lower terraces of the valley. The first record of mining in the area is documented within the memorandum book of Thomas Swynton who was the Bursar of Fountains Abbey from 1446 to 1458, When Will’mo Coksen de garsyngton was paid 3/4d. for lead. This was a time when the Abbey’s smelt mill at Brimham was in full work and lead was needed for weatherproofing church roofs and for stained glass windows. As time went on, lead was used for a great many more technologies such as throughout the 18th century where it was used for roofing, glazing, plumbing and paint.

An exerpt taken from the Memorandum Book of Thomas Swynton 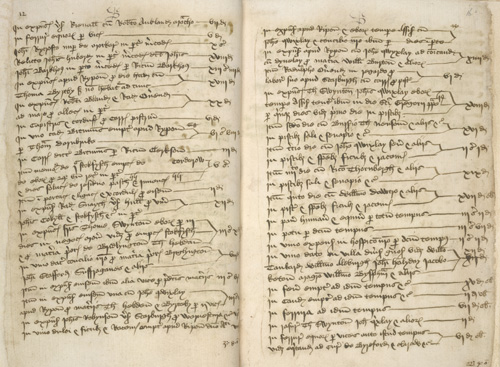 Initially veins of lead ore (Galena) could be worked from the surface as they appeared in the sides of crags or in streambeds, however as time went on, small shafts were sank in order to reach the veins underground. In order to draw the ore and spoil to the surface, the first shafts would utilise a windlass which was a winching device using a round log or barrel connected to a handle and length of rope. The rope would be connected to a bucket filled with spoil and would wind around the log as the handle was rotated by a workman situated on the surface. This method was restricted for use with shallower shafts and bell pits as the method of extracting rock was time consuming and laborious. As time went on into the 18th century, the shafts became deeper and horse whims were used to raise the rock. One of the first examples was that of Coalgrovehead mine which benefited from a horse whim in 1755. The horses would walk in a circle around a large wooden frame connected to a rope. The rope would run to the top of the shaft and around a vertical pulley before descending to the bottom. As with the windlass, the rope would wind around the wooden frame and buckets of spoil and ore could be raised out of the mine. Another method of raising the rock and for pumping during later years was to utilise waterwheels. These large wheels would rotate and draw rock out of the shafts using both hemp and wire rope, or alternatively using rods to power pumps in order to provide drainage. According to Lead Mining in the Mid-Pennines, a 53 x 6 foot waterwheel powered winding ropes to Old Moss, Sarah and Cottingham shafts. 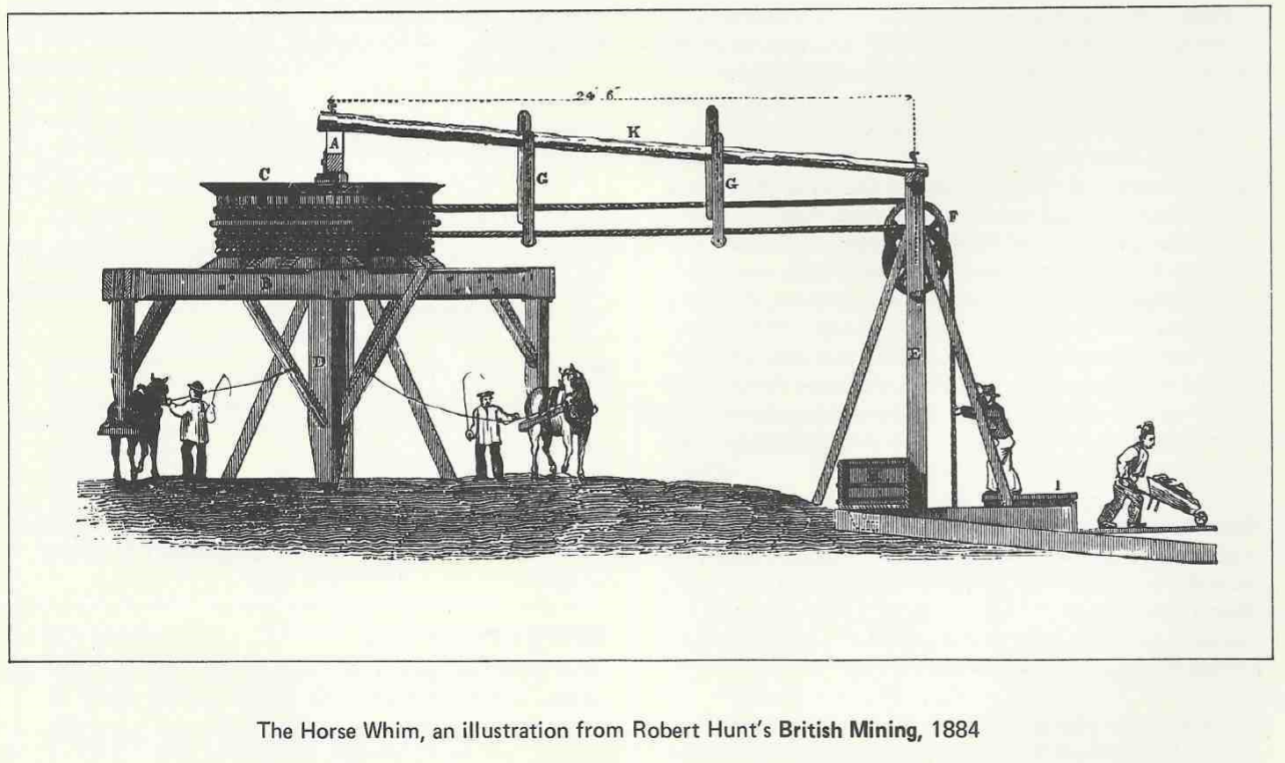 The first actual record of mining on the moor was between 1603 and 1606 where miners were brought from Derbyshire to work the veins. The work took place around Yarnbury which was referred to as the Low Moor. This area was later heavily worked from deep shafts driven by waterwheels and horsewhims, however there is still evidence of opencut work and bell pits.

By 1620, the 3rd Earl of Cumberland who was the owner of the mineral rights at the time chose to lease out the mines rather than work them directly. This was due to the lack of profit generated from extracting the ore, and in some instances the mines were actually running at a deficit. Thankfully by 1630, the mines did begin to show a profit and work across the area continued. The English civil war came and went and following the death of the 5th and last Earl of Cumberland, the mineral rights passed through marriage to the Earl of Burlington. In 1683, the Earl granted a lease of a large area on the High Moor to Marquesse of Wincheser, formerly Duke of Bolton, which later came into the possession of Lady Bridgewater. This is the area now known as Grassington Moor. Around this time, miners would take out a lease on an individual vein of ore and they would either work as independent miners or as wage men.

Throughout the 1700’s, mining continued, however the period saw a great deal of disputes over the conduct of the mines leading to a great Barmoot Court being held on the 2nd of May 1737 to re-examine the laws and customs of the mines. (A Barmoot was basically a court which discussed matters relating to mining). According to According to Mines and T’miners a History of Lead Mining in Airdale, Wharfedale and Nidderdale, by 1745 in almost all parts of the field, mines had been taken and most of the principle veins were known. As time went on, a great deal of ore was extracted from the moor and the mines became ever deeper. Between 1765 and 1780 around 8500 tonnes of ore had been extracted, but due to the depth of the shafts, water was a significant issue. This led to a substantial decrease in output as drainage of the deeper shafts became too difficult even when using horse whims. Towards the end of the 1700’s, all of the veins close to the surface were practically exhausted, and only 300 tonnes of ore was extracted in 1790, compared to 600 tonnes per year in the 1770’s. 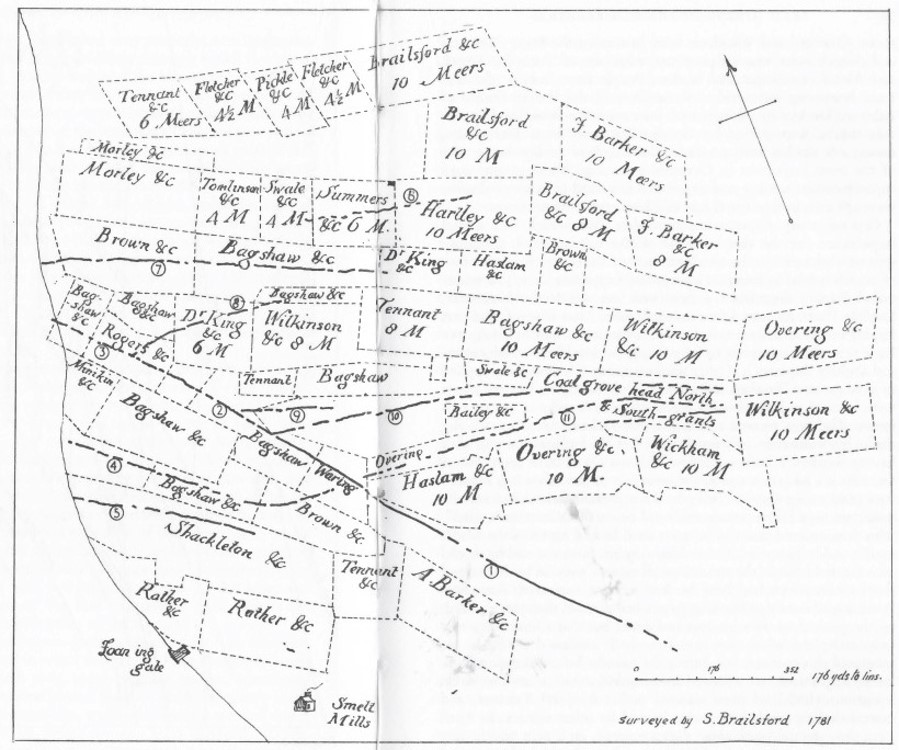 It was in 1792, that a deep drainage level called Dukes Level started being driven from Hebden Gill. The aim of the adit was to provide drainage as well as a boat level in order to carry ore and spoil out of the mines, however the idea of using it as a boat level was later scrapped due to the costs involved transporting the ore back up onto the moor for smelting. The level eventually drained most of the deeper mines across the moor such as Beever mine situated at Yarnbury, and even mines as far out as The Old Turf Pits, 1.71 miles away from the entrance portal to Dukes Level. However, it would be over 30 years before the adit was able to start draining these deeper mines. 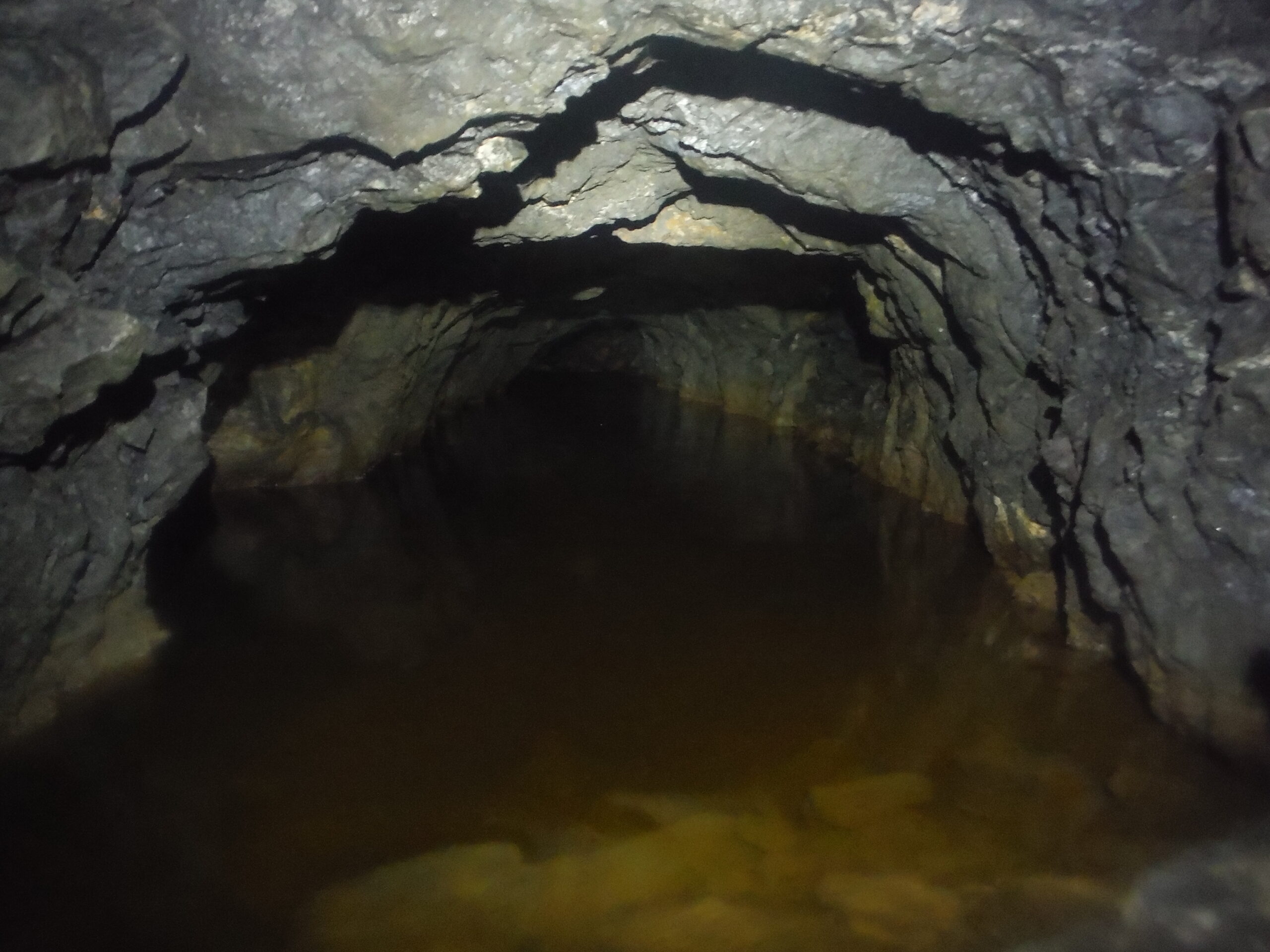 The end of the 1700’s saw the last of the early period of mining. Work on Grassington continued up to 1882, however this later period saw a complete reorganisation of the mines with the introduction of large waterwheels winding multiple shafts, the sinking of deep shafts drained by Dukes Level and wealthy partnerships able to fund exploration deep under the moor.