Initial work at Cockbur began in around 1709 and consisted of shallow shafts, however at some point, Blew level is thought to have been driven to drain the Yarnbury mines and Cockbur mine at depth. The mine was properly worked from 1736 to 1823 where a total of 434.27 tonnes of lead was produced and in 1825, Cockbur engine shaft was sunk to below Dukes Level (the drainage adit driven from Hebden Gill and which reached the mine in 1811).

There was a dressing floor and a water driven wheel for pumping, the latter of which was built in 1827 and was also used to pump water from Beever Engine Shaft for a short period. The total surface distance covered by Cockbur’s pumping wheel was 351 metres and was supplied by the tail water from the Low Grinding Mill.

Even though the mine was drained by Dukes level, work continued below the adit level, so the wheel was used to pump water up to the Dukes Level where it drained out into Hebden Gill. Work stopped in 1836 where the focus moved to Beever Mine, however from the 1830’s the mine was worked by waste dressers who continued up until the 1860’s. The engine shaft was 8ft 6in long, and 5ft 6in wide, and the road leading to Cockbur mine was built during the winter of 1825/6, connecting to Dukes New Road.

All that remains of the mine are large spoil heaps. The pumping wheel is gone and a large depression in the ground marks it's location. 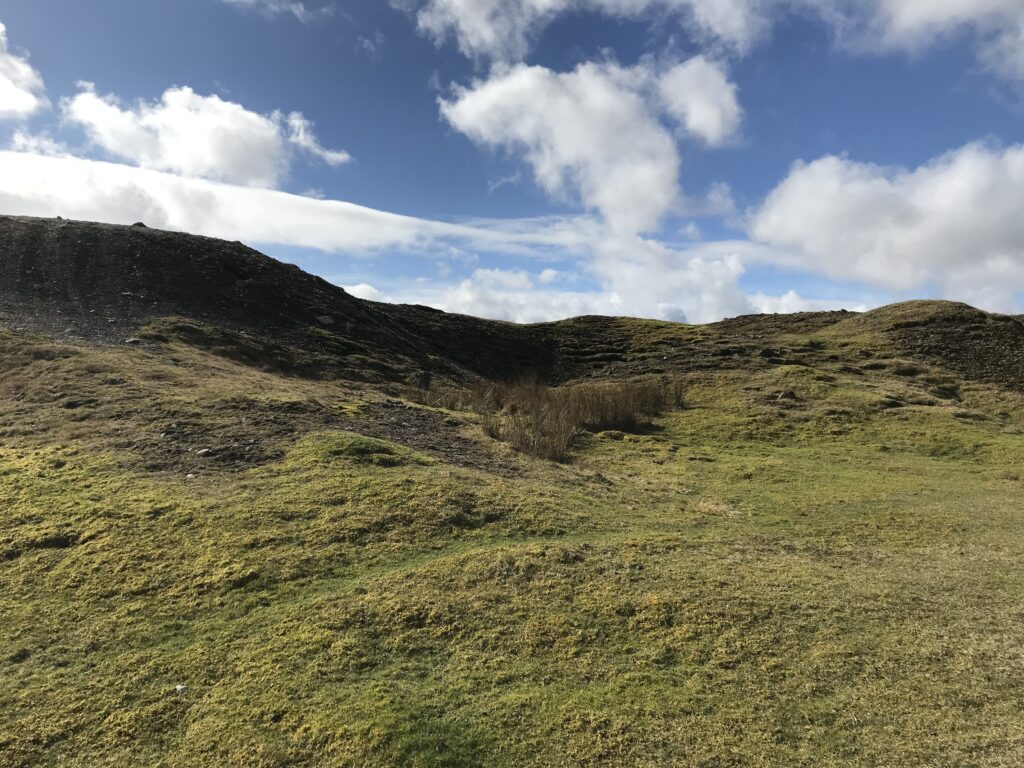 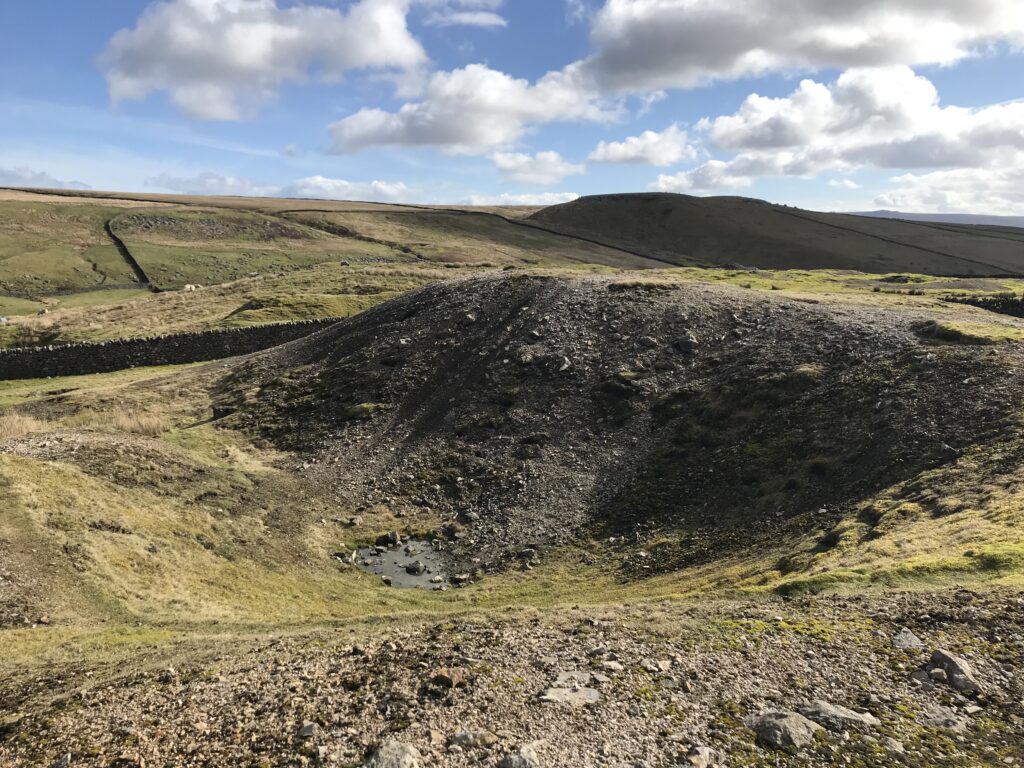 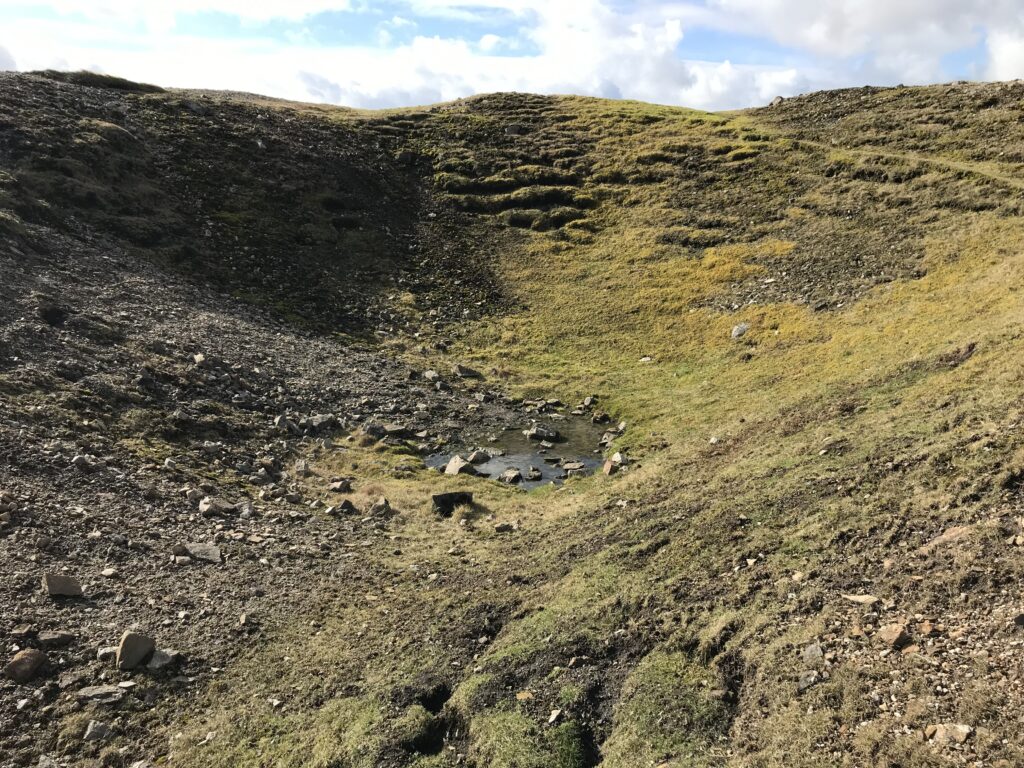 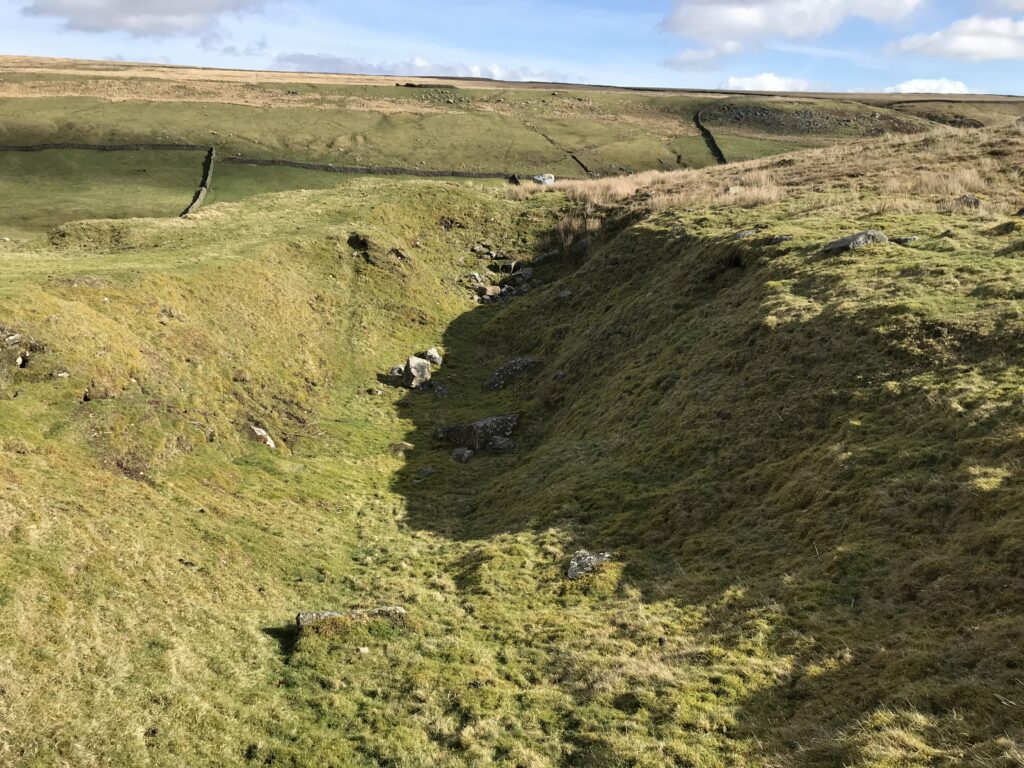 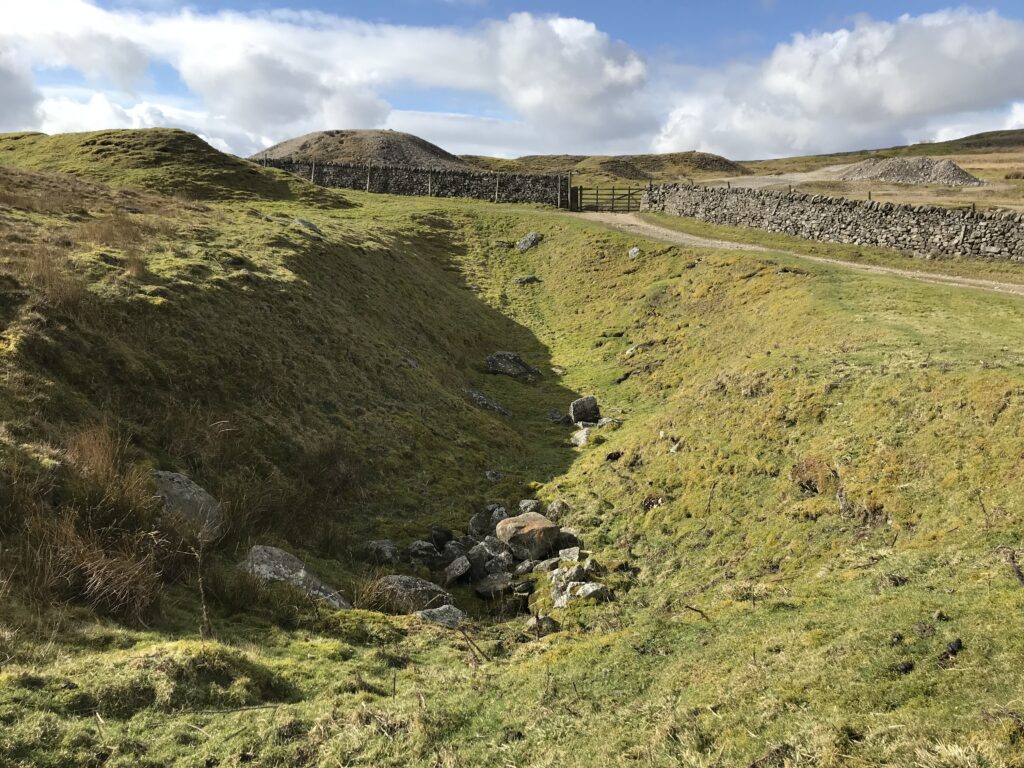 Cockbur's pumping wheel with spoil heaps in the background 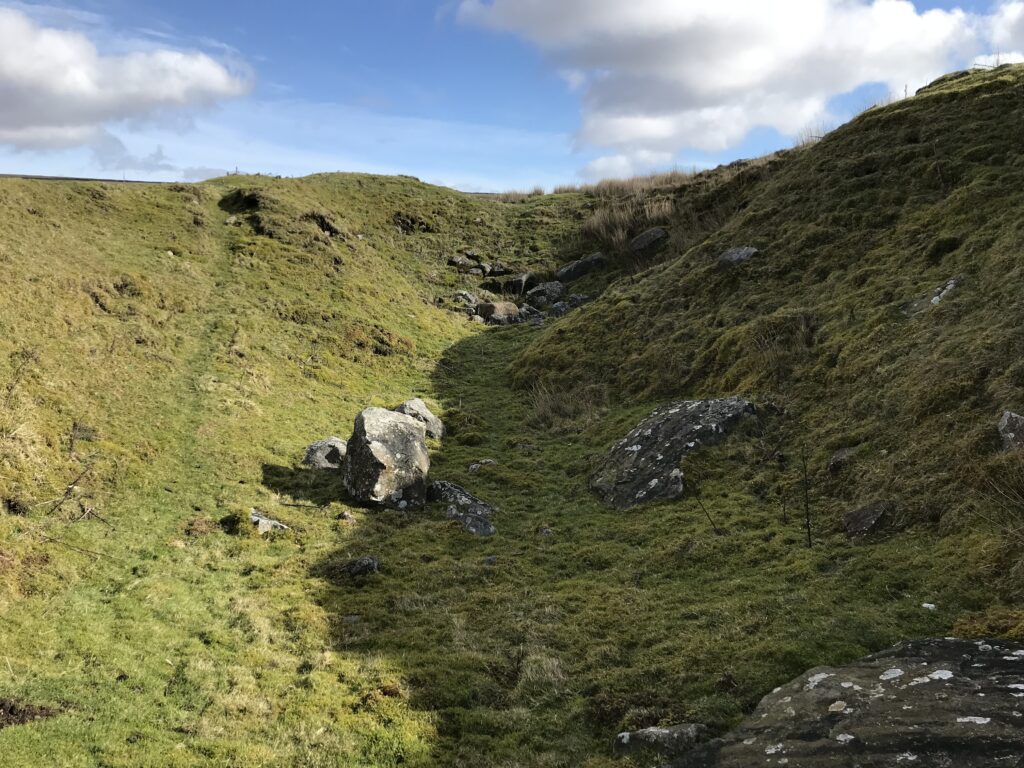