On the 12th of January, myself, John, my girlfriend Hayley, another friend of mine and another friend from the Fell rescue team took a trip up to Chatsworth Mine in order to move the scaffolding that had been taken out of Fells End Pot down to the first chamber. At around 9am we all met at the rescue hut in Grassington, and following a quick briefing, we began strapping the scaffolding tubes to the roof of Johns defender. From there, it was a short journey up to the moor and to within 50 metres of Chatsworth mine. The weather stayed surprisingly dry, but the ever present ice cold gale swept across the moor and encouraged us to work quickly as we ferried the tubes back and forth. Once all the scaffolding tubes were assembled at the head of the shaft, I donned my caving kit and descended the 38 metres down to the main chamber. Thankfully John had brought along his set of radios, and I was able to communicate with Hayley on the surface, as the rest of the team slowly lowered the tubes in tackle sacks down to me. The whole process went smoothly except for one moment when one of the longer 8ft poles dislodged itself from the bag and came plummeting down the shaft. Having already considered that this might occur, I stayed well back to the rear of the chamber and observed as the pole whistled past the ledge that I was standing on, and down to the bottom of the main shaft. The pole hit the floor so hard, that a section of the tube became an oval and according to those on the surface, as the pole fell it lit up the shaft with sparks when making contact with the shaft lining.

The whole trip was over and done with by 1pm. We all made our way back to Johns Landrover, jumping in the back and heading back to Grassington. The next step is to think about placing a fence around the mine and secure the brick work collar that forms the first 6 metres of the shaft lining. This is to prevent any unsuspecting members of the public from stepping on the rotten sleepers that cover the main shaft and to protect the shaft lining from any further deterioration. 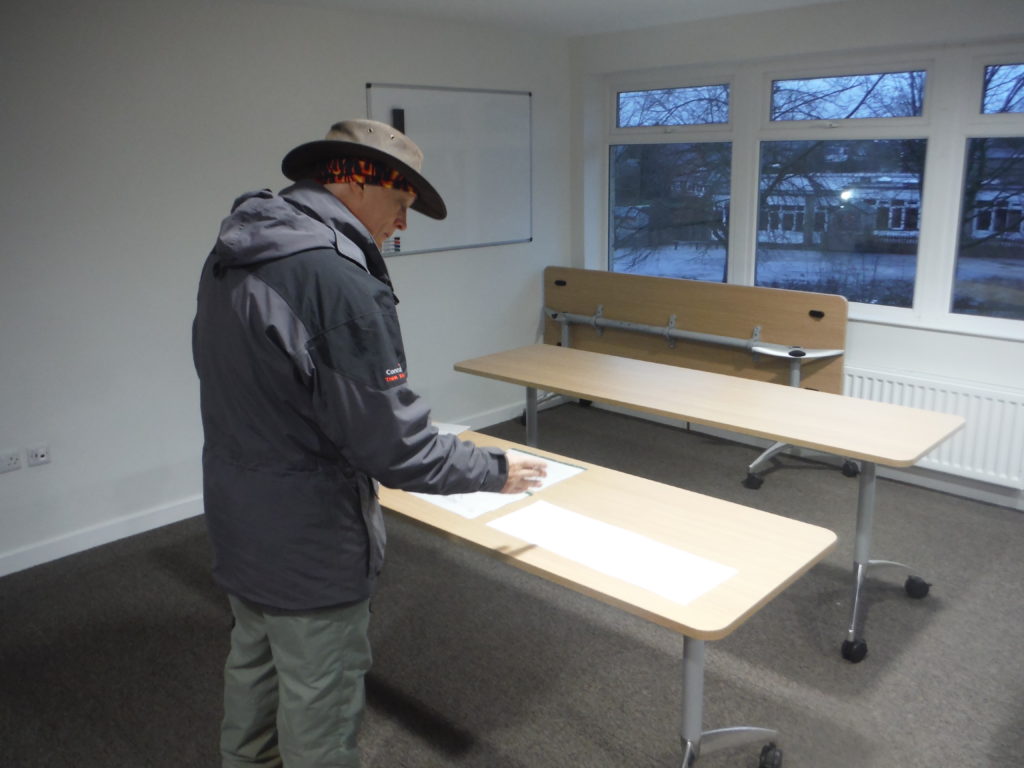 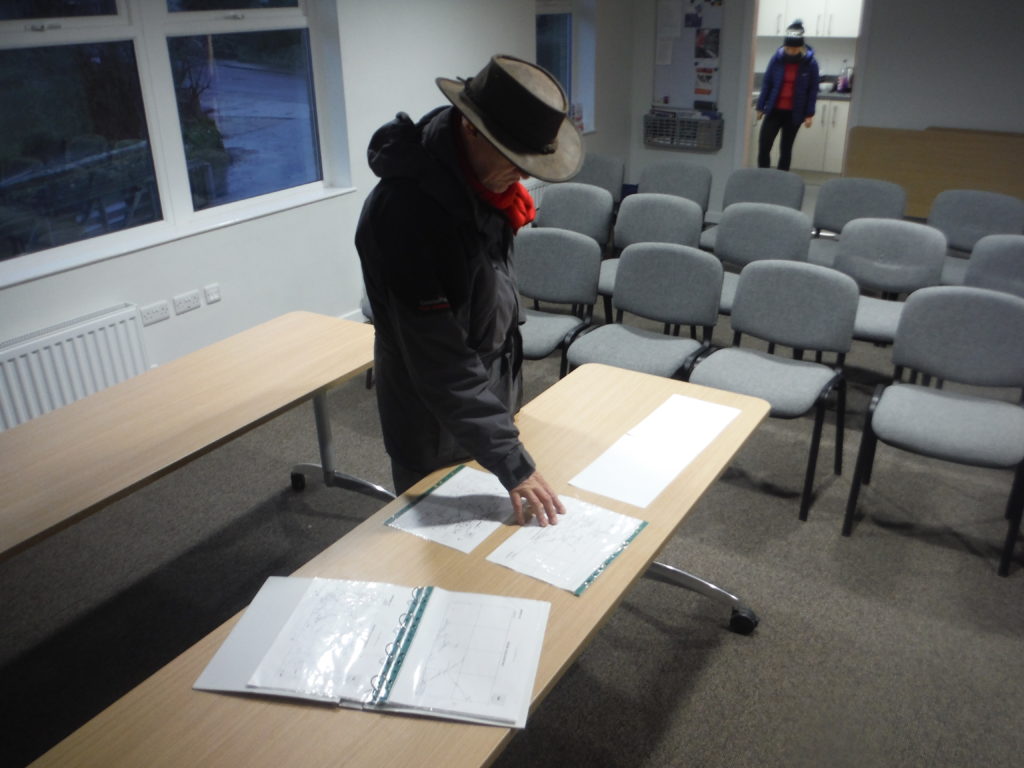 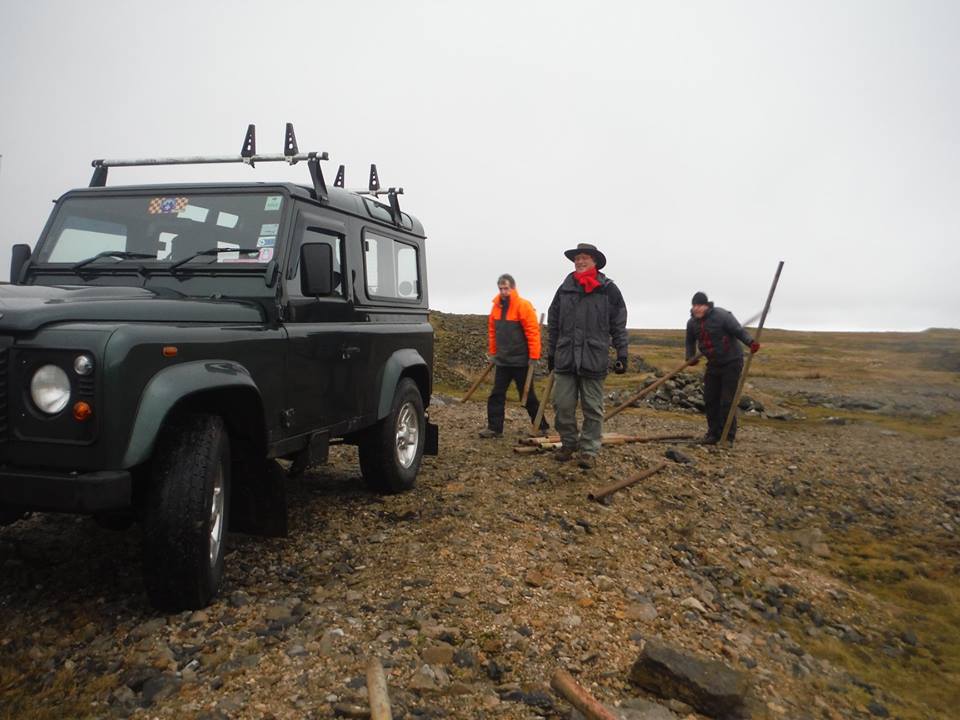 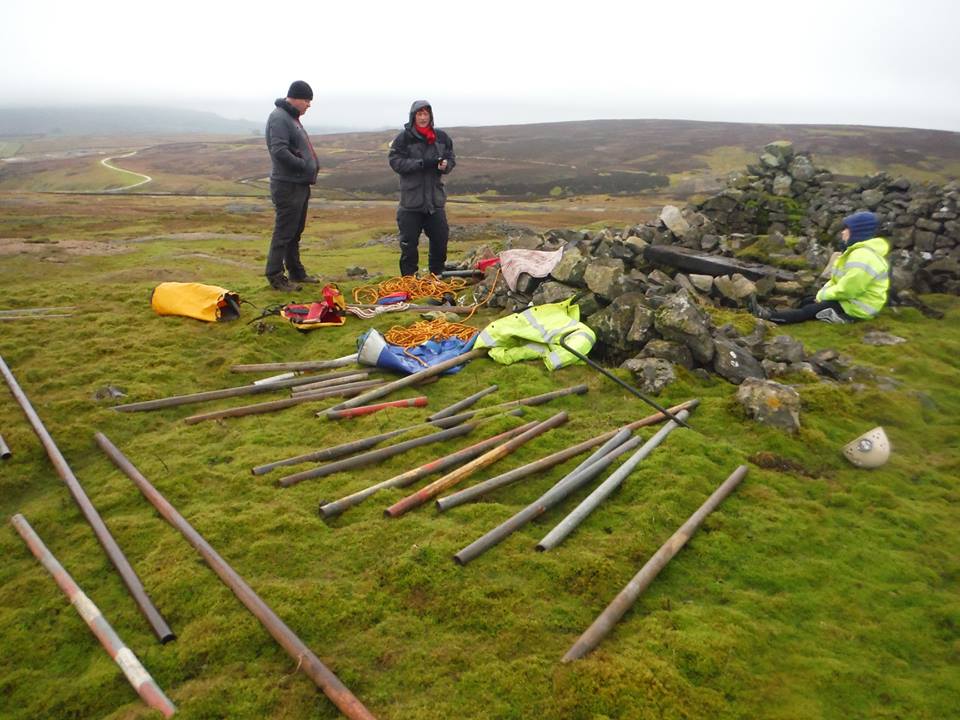 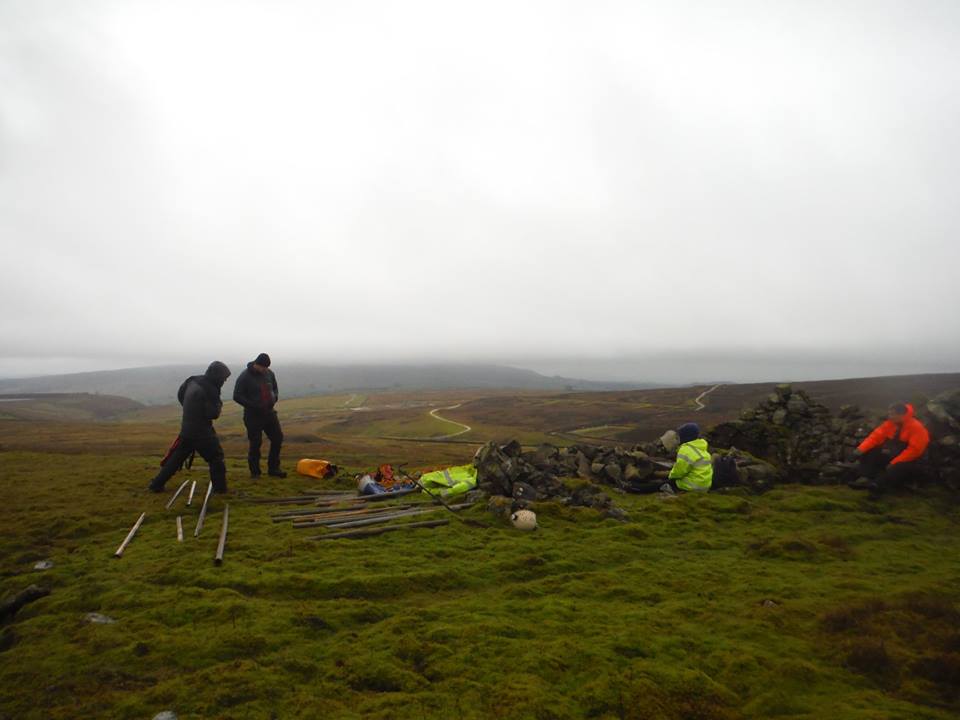 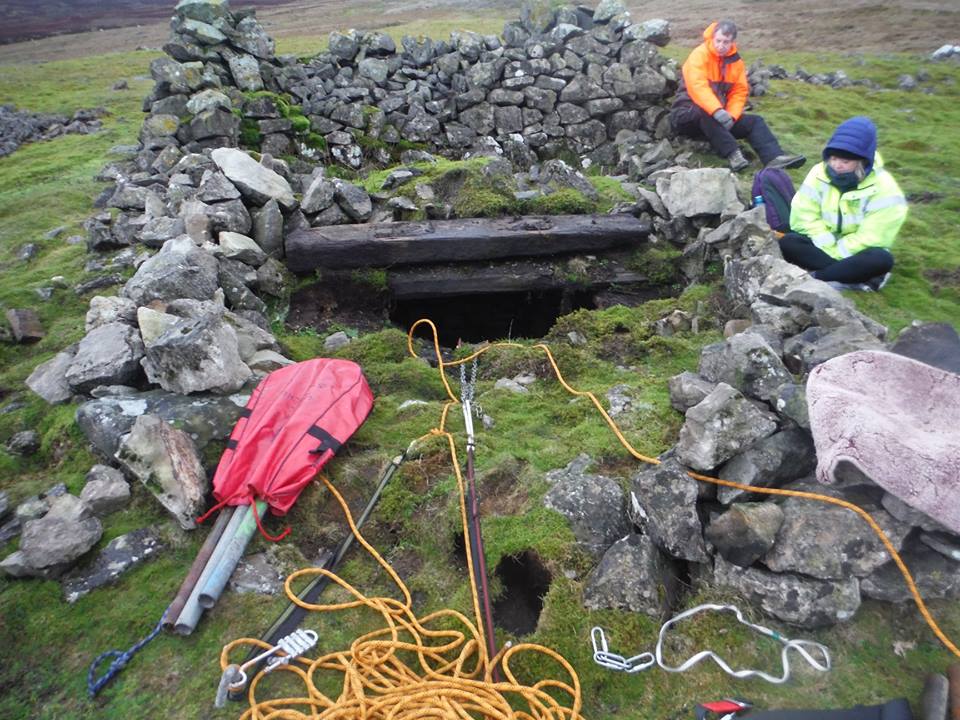 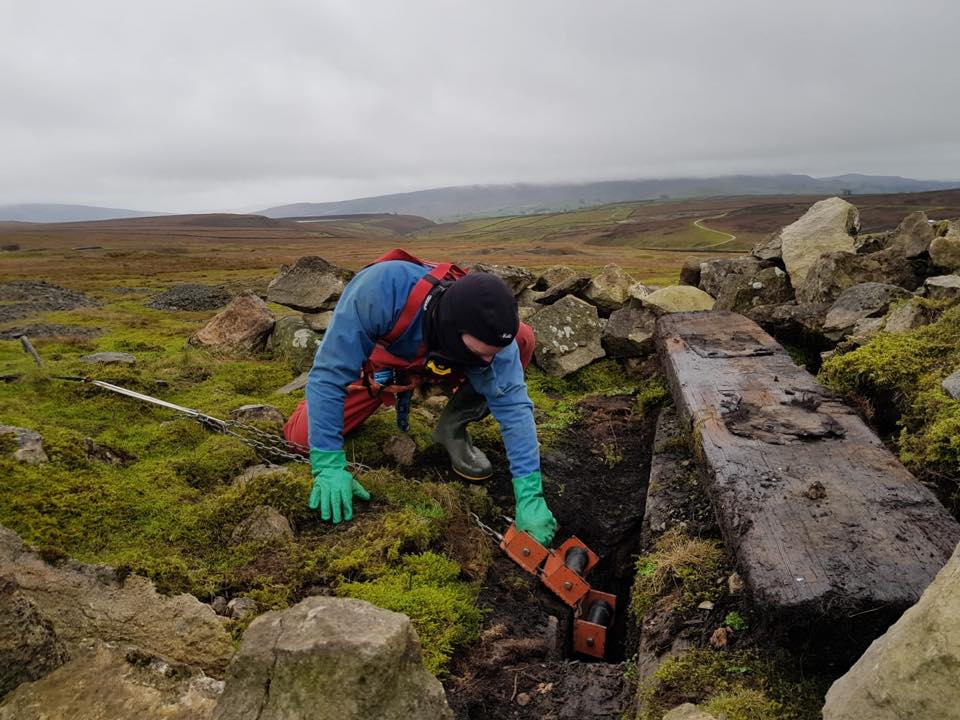 As always the trusty roller box joined us on the trip. 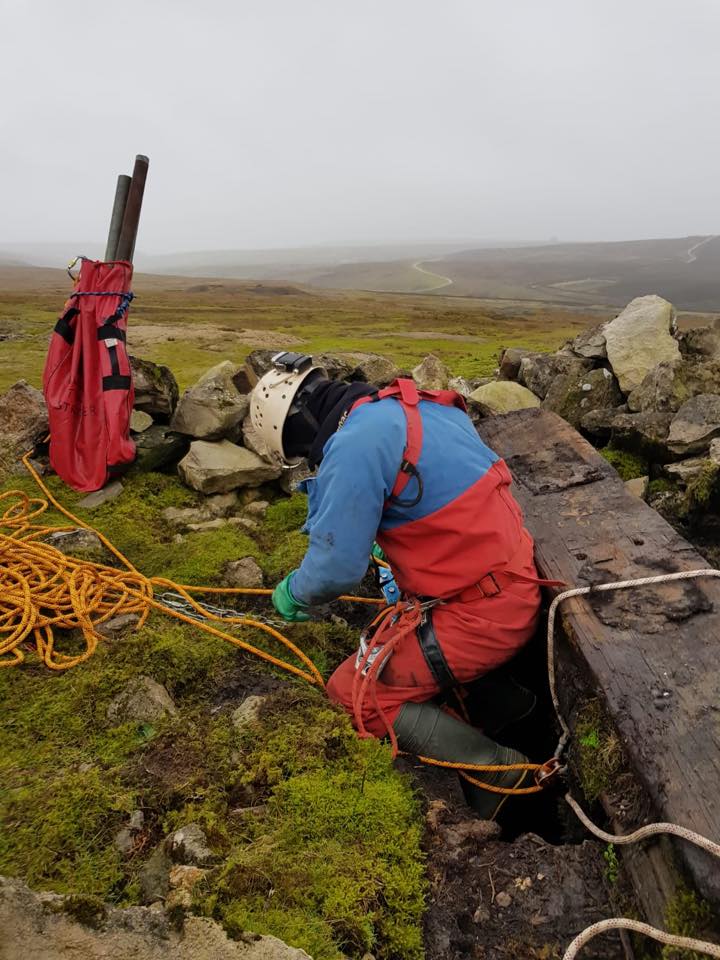 Descending into the abyss. 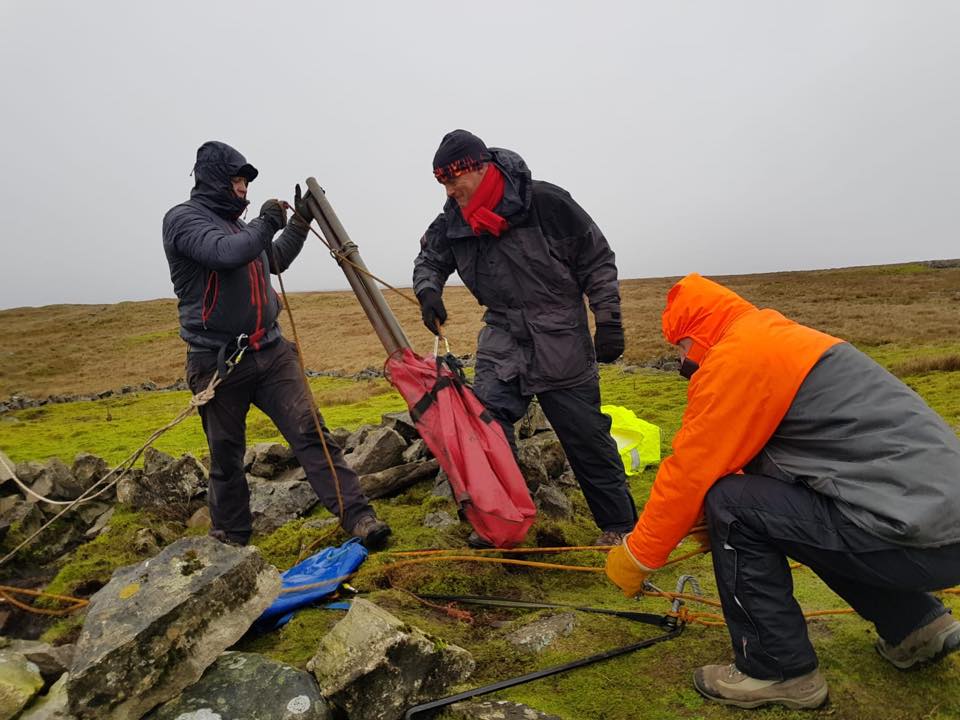 The surface team prepare the scaffolding to be lowered. 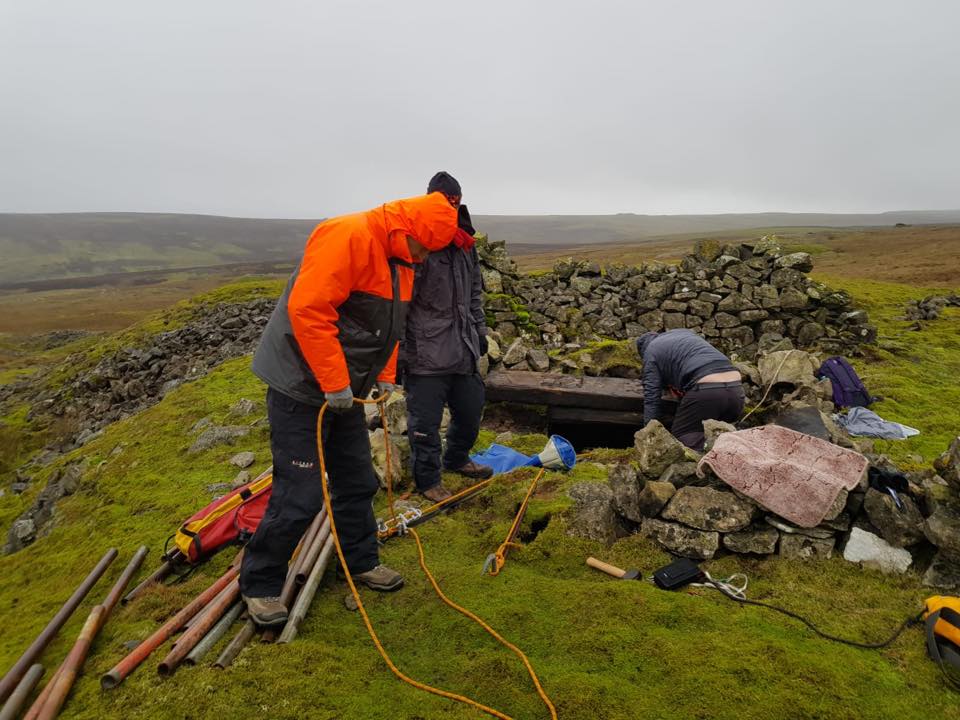 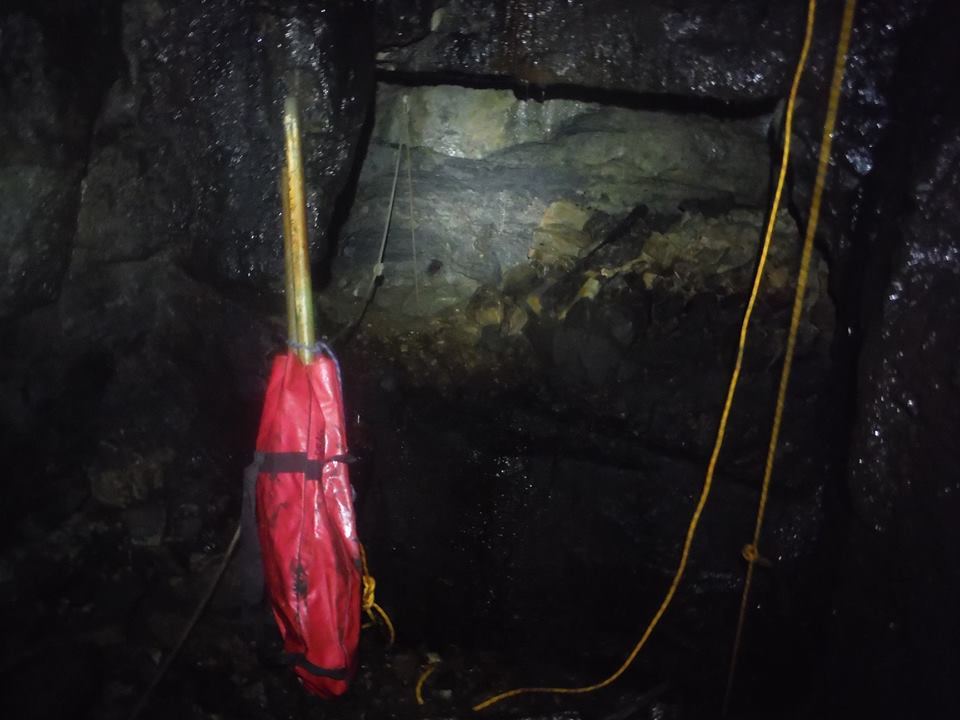 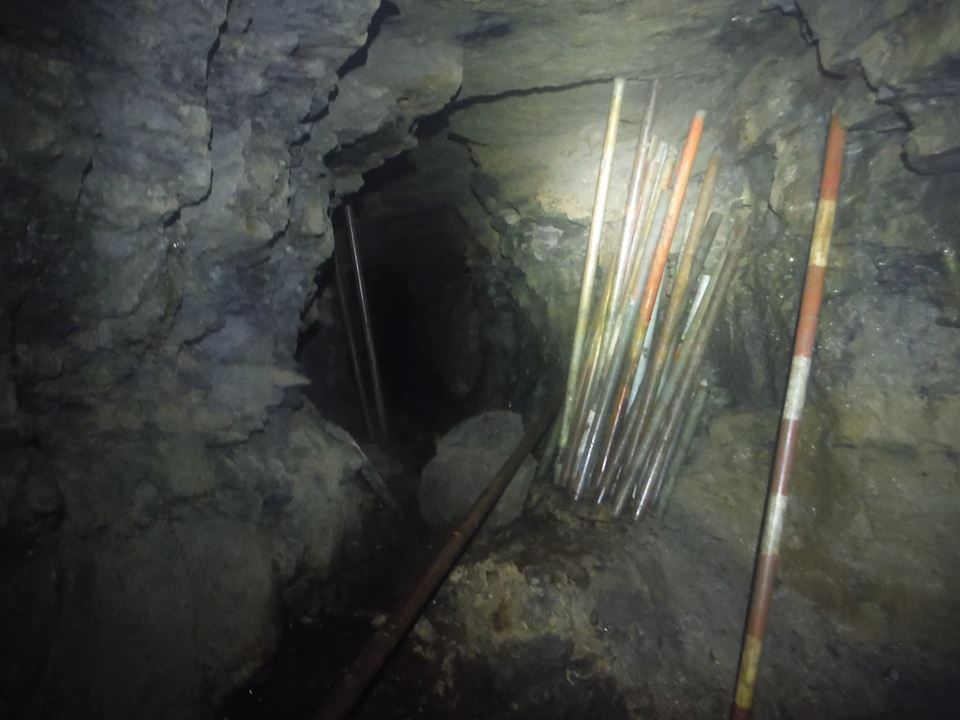 The scaffolding was left leant to one side of the chamber ready to be moved further into the mine.