We had a great turnout on Wednesday the 28th of August 2019 with 10 attendees in total.

The aim of the trip was to descend a small open shaft close to Lee’s mine and it is thought that this shaft is a manway into the mine. Following the site visit with Historic England and the YDNPA, it was proposed that in the interests of safety, the shaft could be filled in rather than fenced. Fencing would be difficult given the spoil heap that surrounds the shaft and since there seemed to be no avenues of exploration at the bottom, it was considered that filling it in would be the best option. Our trip on Wednesday was to descend the shaft and assess whether there were any avenues of exploration and if it should be preserved. Our findings will be reported back to Historic England and a decision will be made.

After driving up onto the moor, we walked a short distance over to the open shaft and setup belay positions using metal stakes hammered into the turf. Descent was made using a wire ladder and semi static rope and the shaft dropped to a depth of 5.5 metres at a diameter of 1.5 metres. The shaft itself was in relatively good condition with sections of solid rock mixed with dry stone ginging, however some parts were beginning to crumble and care needed to be taken when climbing down the wire ladder.

The bottom of the shaft contained a large number of sheep carcasses and the smell was almost unbearable. It wasn’t the most pleasant of trips, and further supports a need to either fence or fill in the shaft.

At the bottom of the shaft was a 6.6 metre passage approximately 1 metre in height and tapered off to a complete blockage. This was at an angle of around 330 degrees. On the opposite wall was a short 2 metre crawling passage that was accessed by digging out a collapse.

It seems clear that this was once a manway with the first shaft leading to a passage followed by further shafts and passages descending alongside Lee’s main shaft. Given the amount of spoil at the bottom of the shaft and the fact that the 6.6 metre passage was only 1 metre in height, the roof must have collapsed which is why no further exploration could be made.

Shale type rock was present throughout the shaft and passages making the roof unstable, and it is clear that any digging activities would be dangerous and unwise. Whilst attempting to progress right at the very end of the 6.6 metre passage, there were a couple of small collapses forcing the diggers to retreat back to the open shaft.

A spoil heap surrounds three quarters of the shaft and is beginning to slip into the hole which is destabilising the collar. This is another concern and requires attention.

This was the first ever official club meet of the Grassington Mines Appreciation Group and went off without a hitch. We hope to organise further trips in the near future so please let us know if you would like to attend. 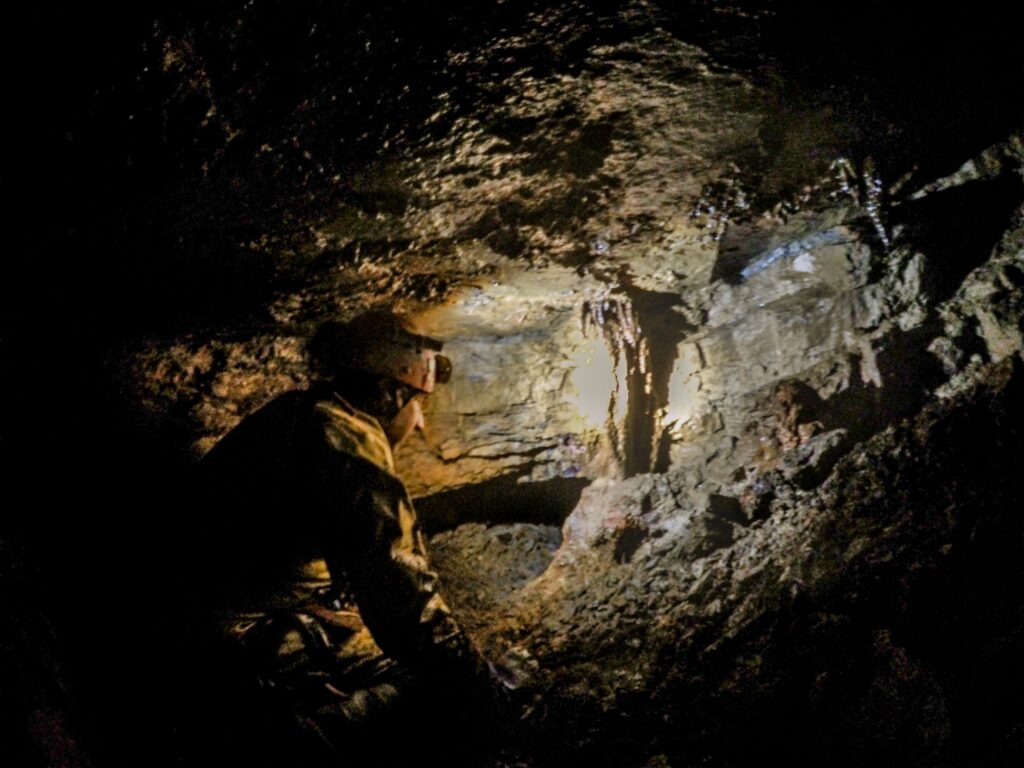 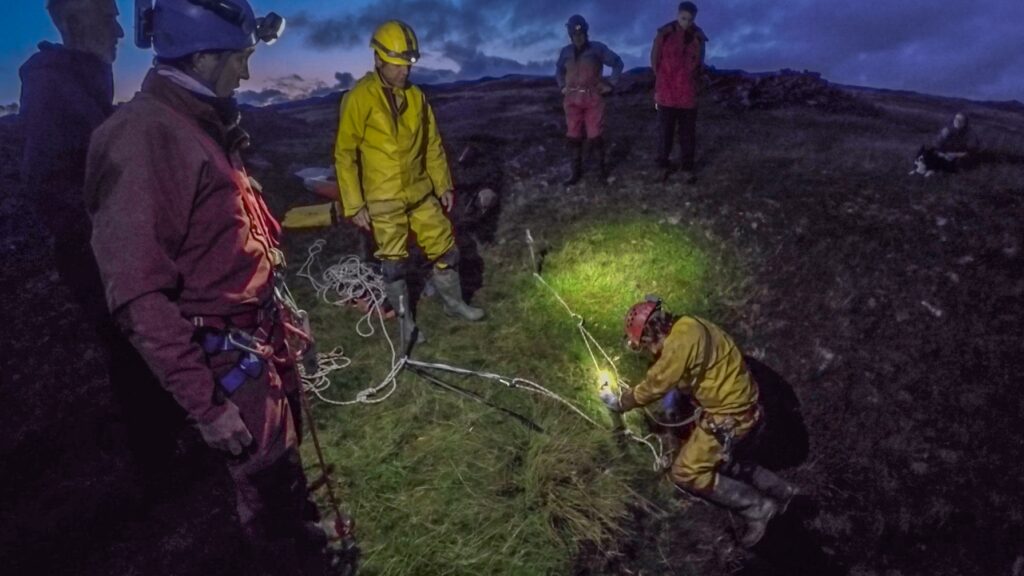 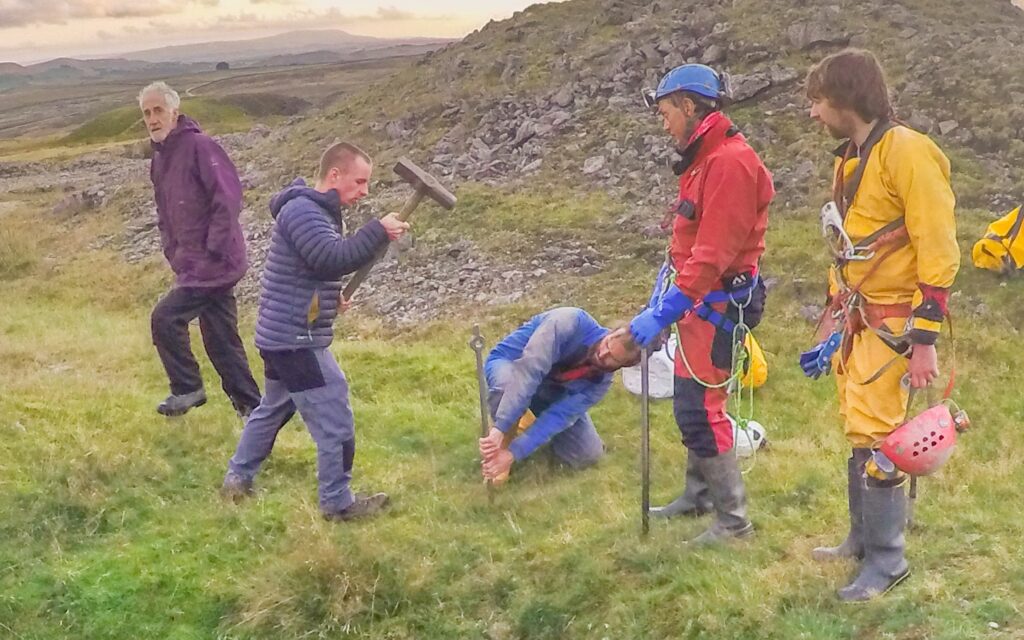 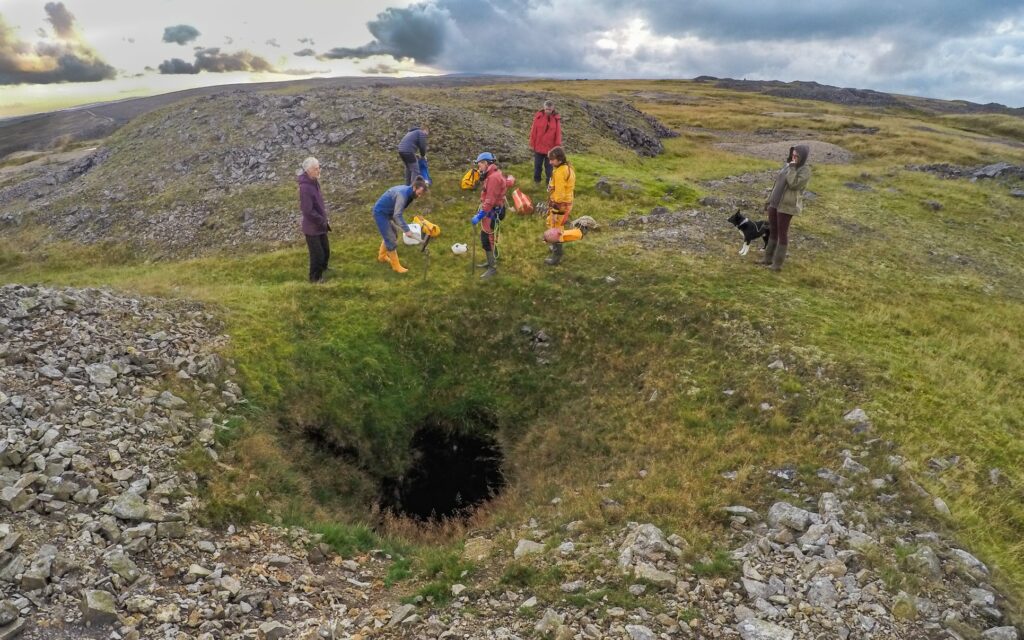