On the evening of Thursday the 5th of March 2020, myself and John took a trip inside Dukes Level. This was a fantastic trip and one we've wanted to do for years. It was by far the most extensive exploration we have conducted thus far, and I was exhausted after returning back to the portal entrance.

In order to measure the distance of the level, I counted my steps and estimate that the total length until reaching the collapse was 1300m although this is not a very accurate method of measurement. Most of the way up the passage is around thigh deep water with liquid mud that comes up to your knees. It's best to wear old boots as wellies would just get stuck in the mud.

The first 10 metres consists of a well lined arch however at the end is a collapse and care needs to be taken passing by it. You then end up in the main passage which has no stopes holding the roof up and looks nice and solid.

The passage seems to go on and on with no notable features apart from a couple of stacks of deads and one large piece of wood wedged across the passage. eventually you come to a point where the passage angles off to the right and after following this for a few minutes, an arch of deads forms the passage roof. Off to the left is the only deviation in the level where a passage can be followed for around 5 metres before reaching a blue coloured sump. From looking at the underground map of the area in British Mining 46, I believe this is the sump which connects to Beever, mine and subsequently Nixons and Bowdins to provide drainage.

The main passage continues and a number of steel arches are incorporated into the dry stone arching in order to support it I assume. From here, the passage becomes less stable and large sections of the roof have collapsed. The rock seems to be some sort of shale, with layers that peel off from the roof and walls. You can still walk along the passage but there are sections where you have to stoop.

Continuing near to the end of the adit, there is a short left hand passage to the left leading immediately to a collapse. Here inscribed on the wall are the letters EPC 86 written in mud on the wall. I assume this refers to Earby Pothole Club 1986 but I am not certain.

Finally, you reach the end of the passage where another arch of deads lines the roof. Here there is a large collapse which has filled most of the floor and only leaving around a foot between the floor and the top of the arch. Behind this, there is a total collapse, but a large amount of water flows through the boulders.

The passage angles to the right 3 times before you reach the collapse. Looking at the survey, taking into consideration these changes in angle, the distance and including the sump connecting to Beever Mine, I believe that the limit of exploration is just before Cockbur Mine. I'll post a pic of where I think the collapse is. 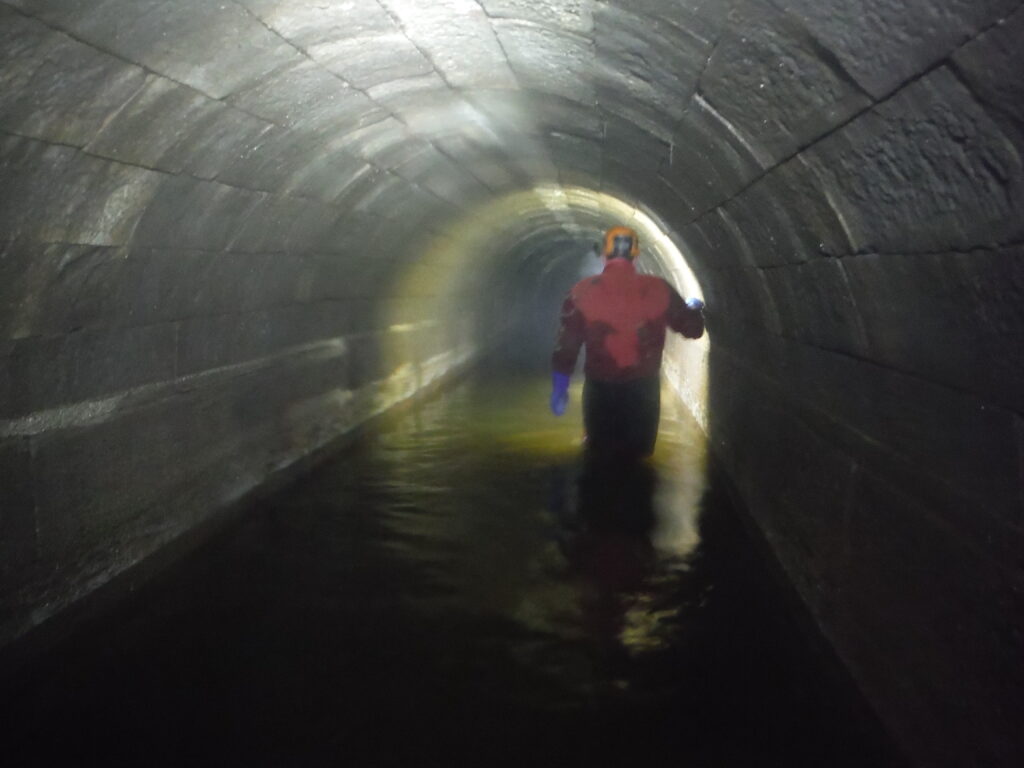 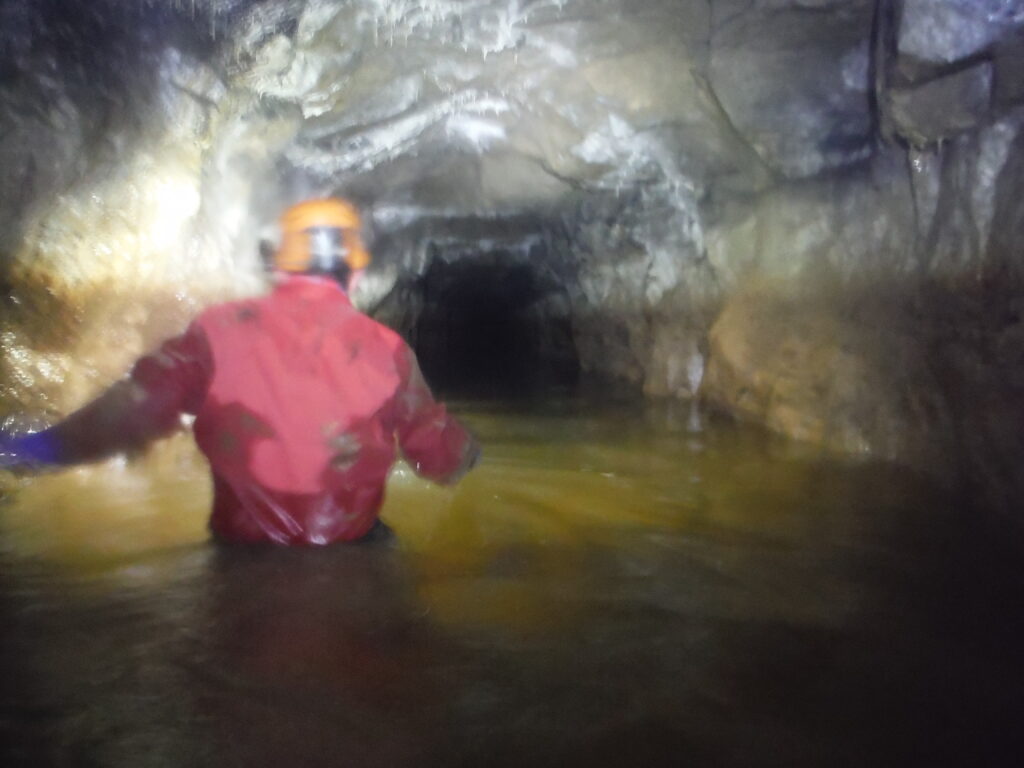 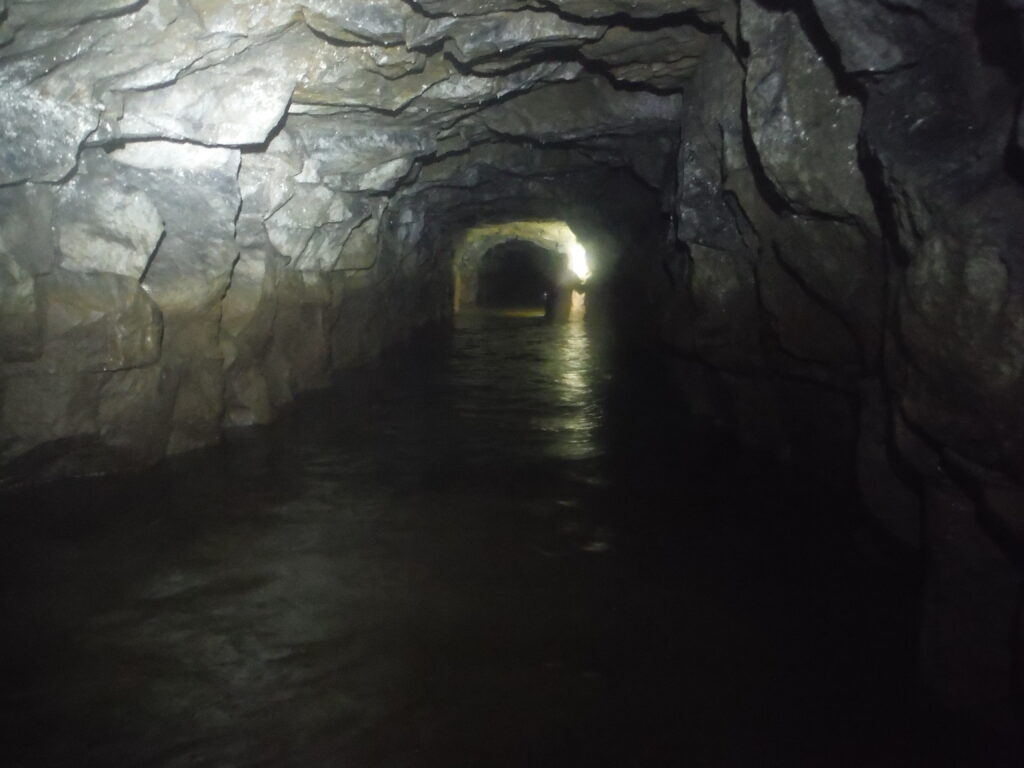 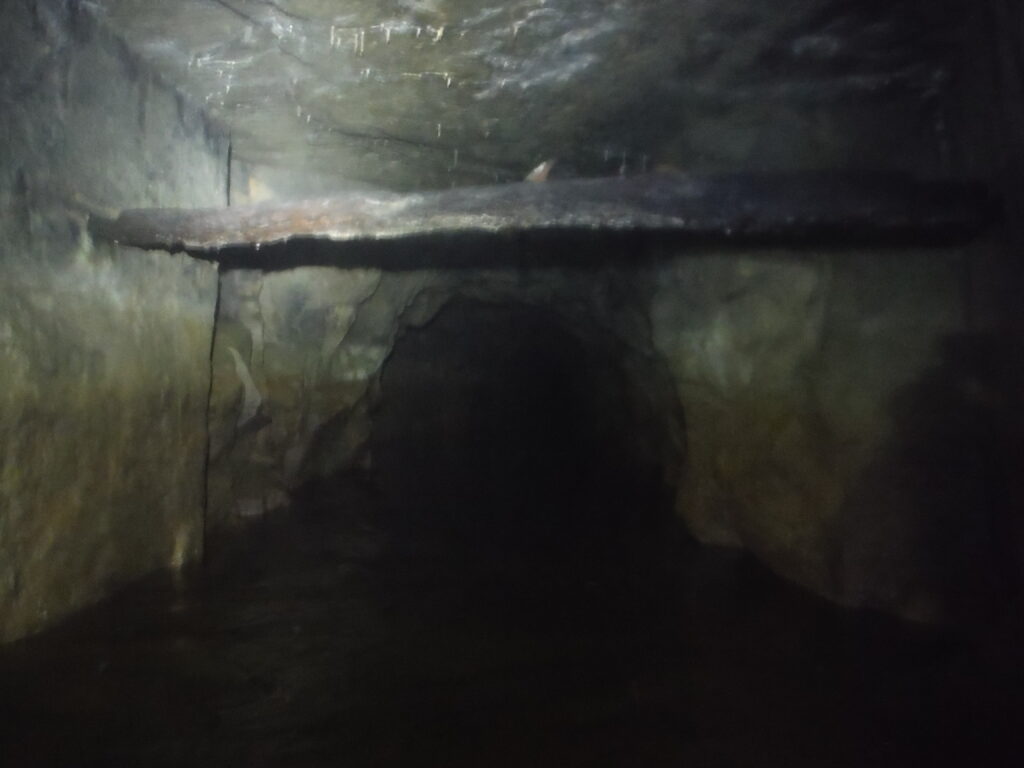 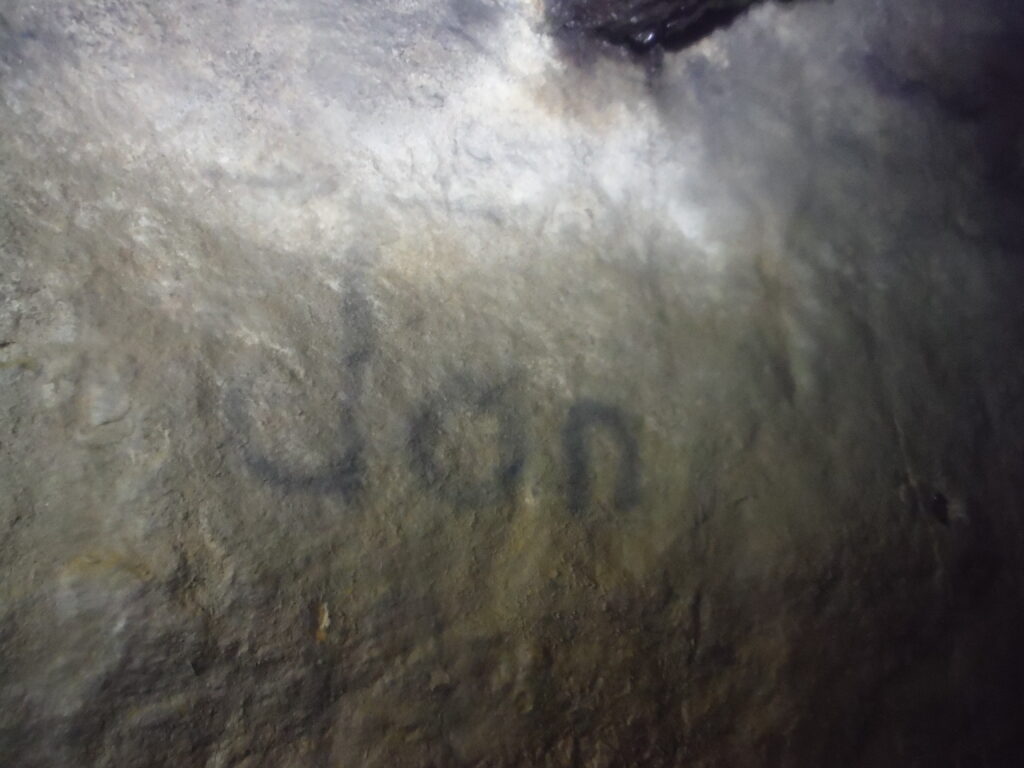 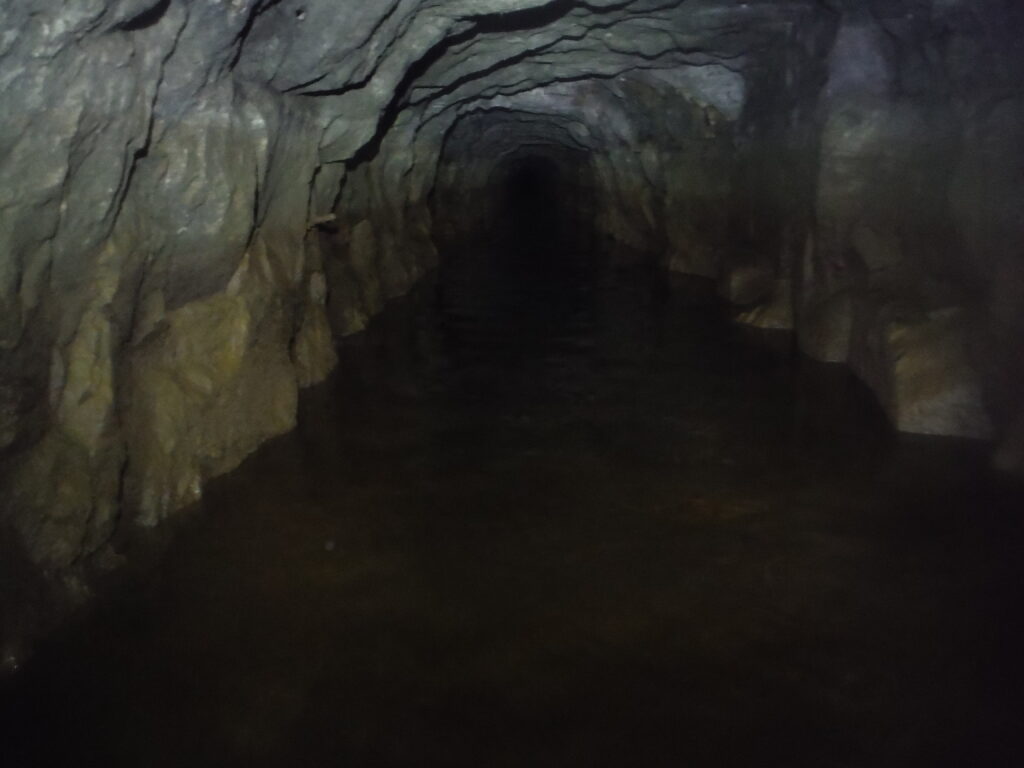 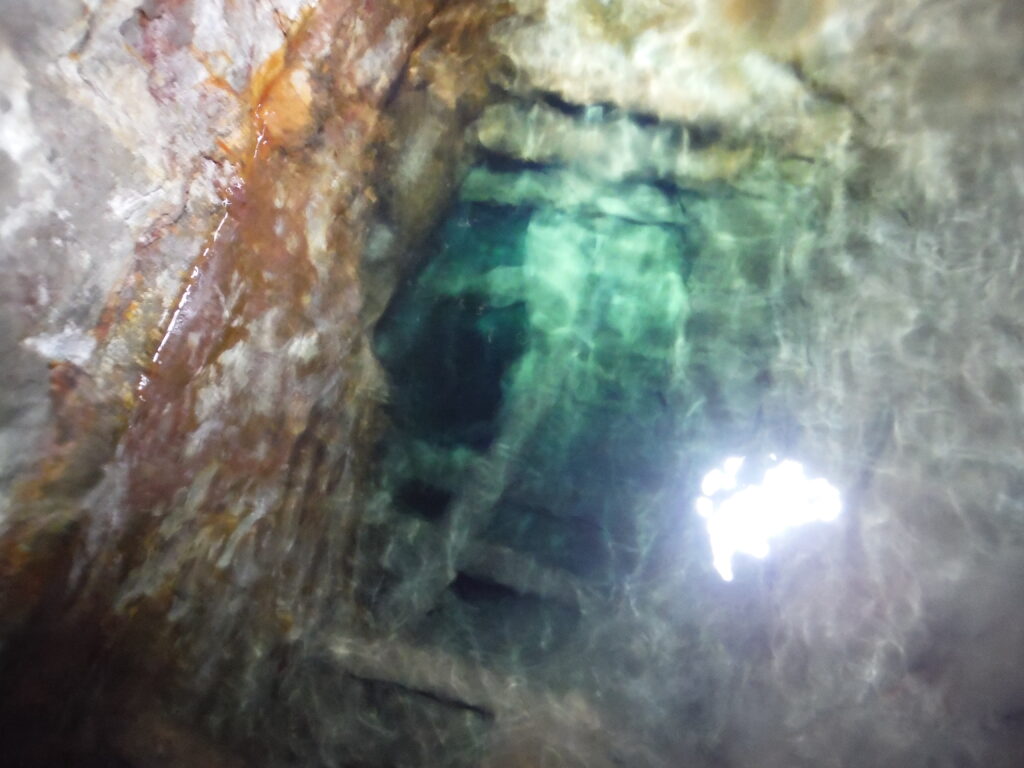 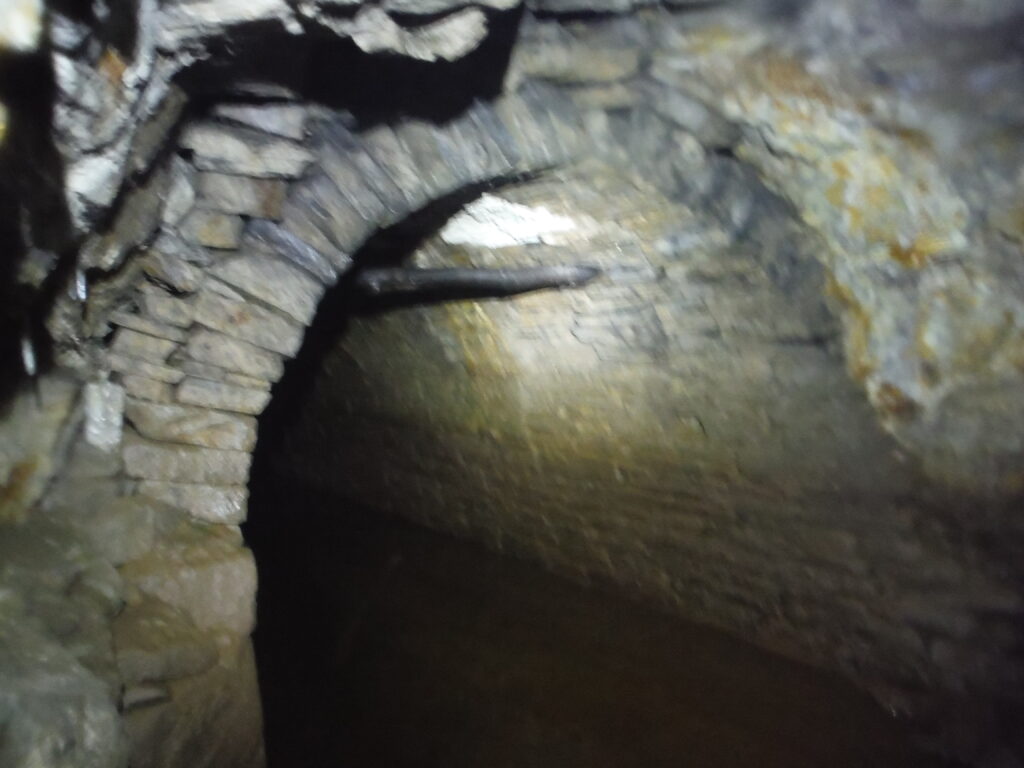 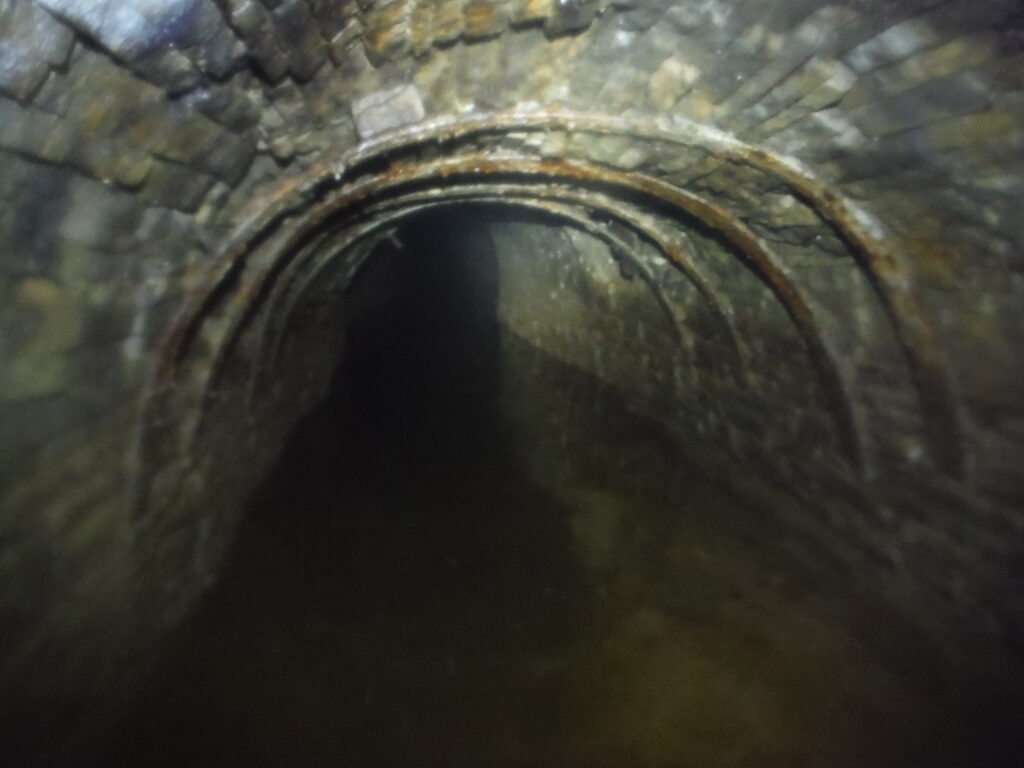 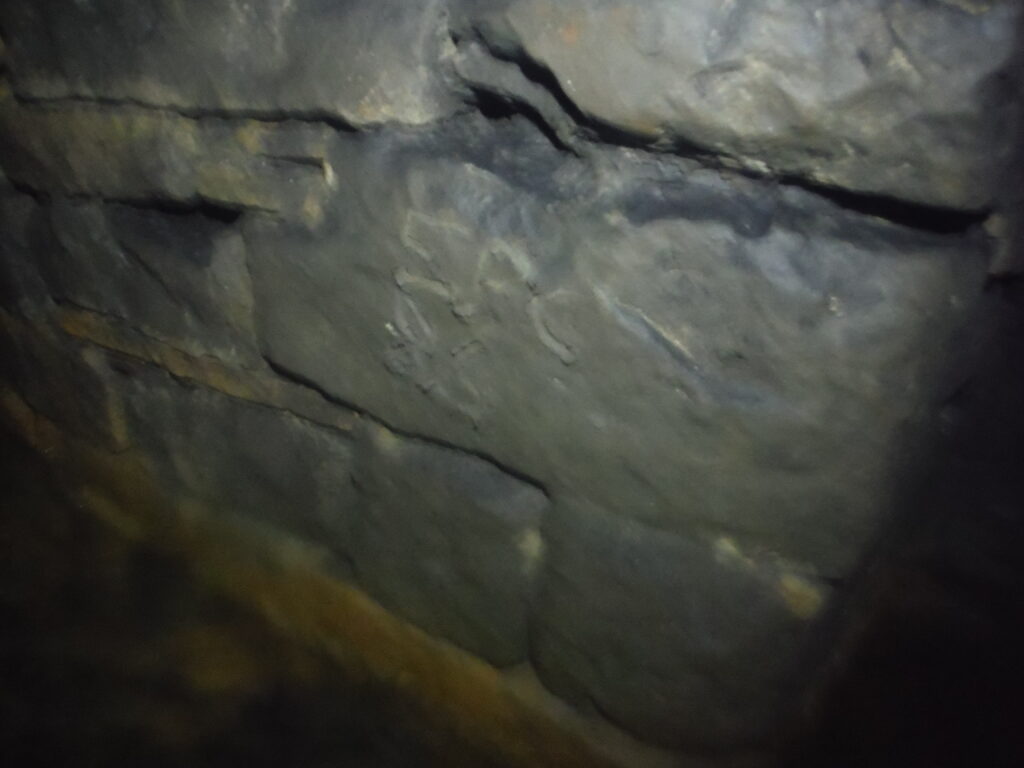 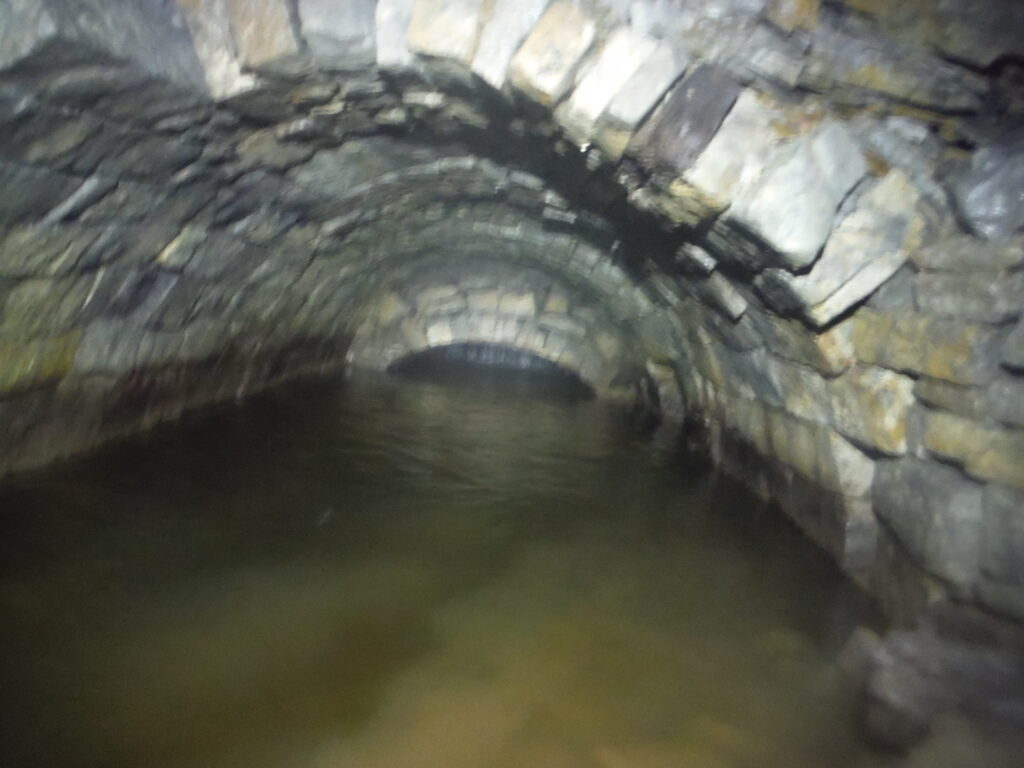